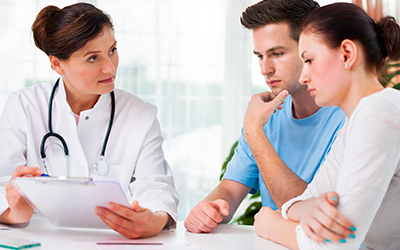 Nur-isterate is a brand of contraceptive that contain norethisterone enantate 200 mg as active ingredient. This drug is produced by Bayer and its protection against conception is based primarily upon an alteration of the cervical mucous. This alteration is present for the whole of the duration of action and prevents the ascent of the sperm into the uterine cavity.

Nur-Isterate is injected into the muscle of the buttock. The injection is usually given during the first one to five days of your monthly period. Nur-Isterate will continuously release progestin into your bloodstream over a period of eight weeks (two months). The protection effect of Nur-Isterate is strictly over a 2 month period.

Nur-Isterate works mainly by stopping ovulation (the release of an egg from the ovary). It also changes the lining of your womb (uterus) to make it less likely that an egg would attach to it, even if an egg were to fertilize. In addition, the mucus which forms a plug in the neck of your womb (cervix) becomes thicker. This stops sperm getting through to the womb to fertilize an egg.

Any side effects can continue for as long as the injection lasts (8 weeks) and for some time after. Young women are often less tolerant of side effects than older women.

There’s a small risk of infection at the site of the Nur Isterate injection. In very rare cases, some people may have an allergic reaction to the injection. Using Nur Isterate may affect your natural oestrogen levels, which can cause thinning of the bones, but it does not increase your risk of breaking a bone. This is not a problem for most women because the bone replaces itself when you stop the injection, and it does not appear to cause any long-term problems. Sometimes the doctor may recommend that you stop after 2 years so there’s no long-term effect on your bones. ALSO READ: How To Flush Nur-Isterate From Your System

What Are The Pros And Cons Of The COVID-19 Vaccine?