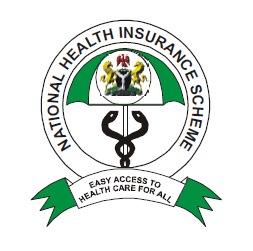 The growing discord within Nigeria’s ruling party the All Progressives Congress (APC) has spread its tentacles into health sector. Following the release of a memo from the office of the minister of health Prof Isaac Adewole dated 12th July 2017, suspending the Executive Secretary of the National Health Insurance Scheme (NHIS) a parasternal under his ministry, the embattled Executive Secretary Prof Usman Yusuf, refused to comply with the suspension order given to him by the minister, insisting that according to law only the President can suspend or remove him from office.

Despite the insistence of the ministry that Yusuf, being a public officer, was bound by the regulations governing the public service, the Executive Secretary refused to bulge insisting that by virtue of  Section 4 and 8 of the NHIS Act , his  appointment and removal from office, whether by way of suspension or otherwise, is at the instance of the President.

In his reply to the Ministers letter suspending him, the executive Secretary averred that “Except removed from office by the President under circumstances specified in the NHIS Act, his appointment is for a period of five years, subject to further term of the same period at the discretion of the President.

Although  he admitted that by virtue of Section 47 of the NHIS Act, the minister is empowered to give directives of a general nature to the Governing Council of the scheme and in the absence of the Council, but he stated that the  mandate is to exercise the powers and functions of the council, but since the powers and functions of the Council does not include discipline, suspension or removal of the Executive Secretary of the scheme from office, the directive in the letter under reference cannot find comfort under the said section or presidential mandate.

This is not the first time a head of an agency is been suspended by a minister under this administration, it will be recalled that on Jan 20th 2016 , The Minister of Communications, Adebayo Shittu, suspended the director-general of the National Information Technology Development Agency, NITDA, Peter Jack, indefinitely for alleged “misconduct unbecoming of a public officer of his cadre.

In a new twist, the House of representatives has directed the minister of a health to recall the suspended NHIS chief. The legislators also resolved to invite the minister to show cause why he should not be cited for contempt of the House as it viewed the suspension as an attempt to intimidate and punish the executive secretary for testifying before the House as well as silence him from further testifying before the lower chamber in its constitutional duties of investigation of issues of corruption, inefficiency and waste in governance.

During a hearing organized by the House of Representatives, Yusuf had insisted that none of the 57 HMOs had a valid license as most of their accreditation had expired and vowed to ensure that HMO’s owing health providers, would not be re-accredited.  He likened operations of the HMO’s to the fraud in the fuel subsidy scheme, stressing that they are padding figures of enrollees so they could get paid.

However, insiders within the NHIS insisted that the suspended Executive secretary was only trying to divert attention from the monumental fraud and underhand dealings that he supervised while at the helm of affairs.