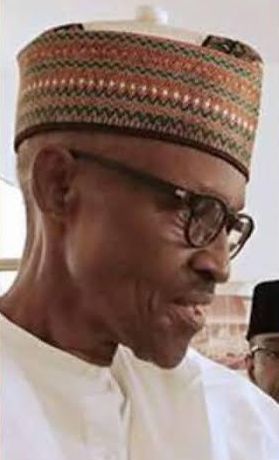 Polls have opened  to gauge the feelings and opinions of Nigerians and friends of Nigeria on the continuous absence of President Mohamadu Buhari as a result of an extended medical vacation to take care of his failing health which has continued to deteriorate since he assumed office on May 29th 2015.

The confusion stems from the inability of the presidency to disclose the nature of the president’s sickness a common practice in matured democracies and a major demand of the current government when they were in opposition.

As spokesman of the Action Congress of Nigeria , Alhaji Lai Mohammed the current minister of information had lambasted the then ailing President Yar’adua for not disclosing the nature of his ailment and demanding for a daily briefing or update on the presidents condition.

The crisis assumed an international dimension on Sunday when Cable news network (CNN) an international media outlet with headquarters in Atlanta joined the debate on the whereabouts of president Buhari. In the latest edition of its program “The Global Public Square (GPS)”, aired on Sunday July 30th 2017 and anchored by its host Fareed Zakaria the news medium asked which head of state has not set foot in his homeland in over two months? The options which included Saudi Arabia, Cuba, Nigeria and Syria was a clear attempt by the news organization to draw attention to the continuous absence of the president from the country.

Owing to the confusing and debate over the nature of Buhari’s ailment and how long he will be away, Public Health Nigeria has launched an online poll to gauge the opinions of Nigerians and friends of Nigeria on the health crisis of the President.

Although the All progressives congress  campaigned extensively against medical tourism  in the lead  up to the general elections in  2015, as the current the ruling party the APC has so far failed to live up to those  earlier promises. Despite huge budgetary allocations to the State House clinic top government functionaries including the president have continued to patronize foreign hospitals.

The poll which we are currently hosing on this site www.publichealth.com.ng asked pollsters to answer a question from 3 options


The poll when completed is expected to reveal what Nigerian’s really think about the current crisis of the nation’s leader.

NB: For mobile devices  the poll is the last item on the home page ( scroll down to get to the poll) for desktops and

laptops the poll is located or the right hand side of the home page www.publichealth.com.ng