Langenbeck retractor is a simple handheld instrument with a flat blade bent down at right angles to the handle. It was named after Conrad Johann Martin Langenbeck (1776-1851) a professor of surgery and anatomy in Gottingen.

Conrad Johann Martin Langenbeck was an infamous, accomplished surgeon, known for his speed. It is said that a colleague, in turning away to take a pinch of snuff, missed Langenbeck perform a shoulder amputation.

His most famous operation was the first vaginal hysterectomy in 1813. It was carried out on a 50-year-old multiparous woman, possibly with cancer of the cervix. He performed this feat without anesthesia or an assistant. At one point, he was left clutching the bleeding area in his left hand, holding one end of a ligature with his teeth, and tying the other end with his right hand.

What is a langenbeck retractor?

A retractor is an instrument which helps the surgeon in widening an incision or a wound. It can also be used to hold back the tissues and organs which fall near the incision so that the surgeon can easily access the area which is wounded and operate in an easier manner. 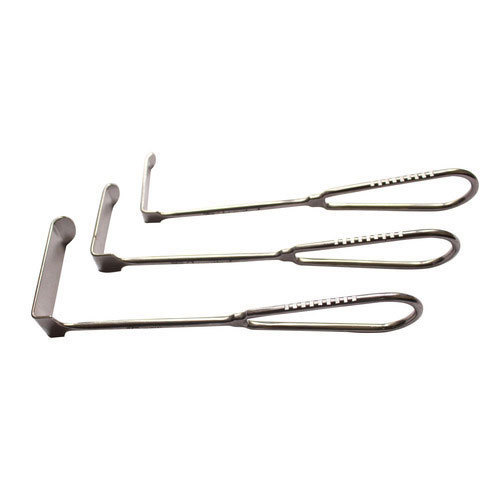 Langenback Retractors are Widely used for manual superficial retraction (skin/subcutaneous tissue) purposes. May be used to split the muscle during gaining entry into the abdomen in the right iliac fossa during an appendicectomy.

The word retractor simply means an instrument that possesses a hooked, angled, or a curved blade. The handles of retractors are always very comfortable so that when the retractor be it a langenbeck retractor or any other type is in place, it maintains the position the surgeon keeps it in so that the procedure can be conducted easily without tissue coming in the way of the surgical site.

Retractors may come in a variety of designs. For example, they may be suspended on the bottom of a robotic arm, it might be handheld or it could also be clamped on the location/site it is being used on.

Another design in which retractors such as the langenbeck retractor may be available is self-retaining. When retractors are self-retaining, they do not need to be held by the surgeon or his assistant while the surgery is taking place. The self-retaining retractor works in such a way that it has two blades on either side which are kept separated with the help of a ratchet, a spring, a worm gear, or any other method which helps in keeping the retractor on opposite sides of the wound.

Retractors are also used to refer to devices that are hand-cranked and very distinct. For example, rib spreaders are a kind of retractors that surgeons use to forcefully spread apart the tissues in the ribs so that they can gain the exposure which they need to perform their procedure. Similarly, for example, when a gynecologist needs to deliver a baby, he/she may make use of an abdominal retractor while performing a cesarean delivery as this helps in making enough room to take the baby out.

A langenbeck retractor is very useful in providing the doctor/surgeon with the visualization which is required while the operation is being undertaken. It also keeps the surgical site clear of any bleeding since this retractor is particularly helpful in keeping bleeding under control. It is also a great instrument for reducing the amount of tissue handling which is done by surgeons and hence it allows the surgery to go smooth and controlled.

When looking for these instruments, Blacksmith surgical is the best place to find them. They have instruments available in the highest possible quality and the varieties make it possible to get the one needed for every particular procedure.

Other Different types of retractors are:

Types Of Ophthalmology Instruments and Their Uses Pictured