How to Spot Fake Malta Guinness 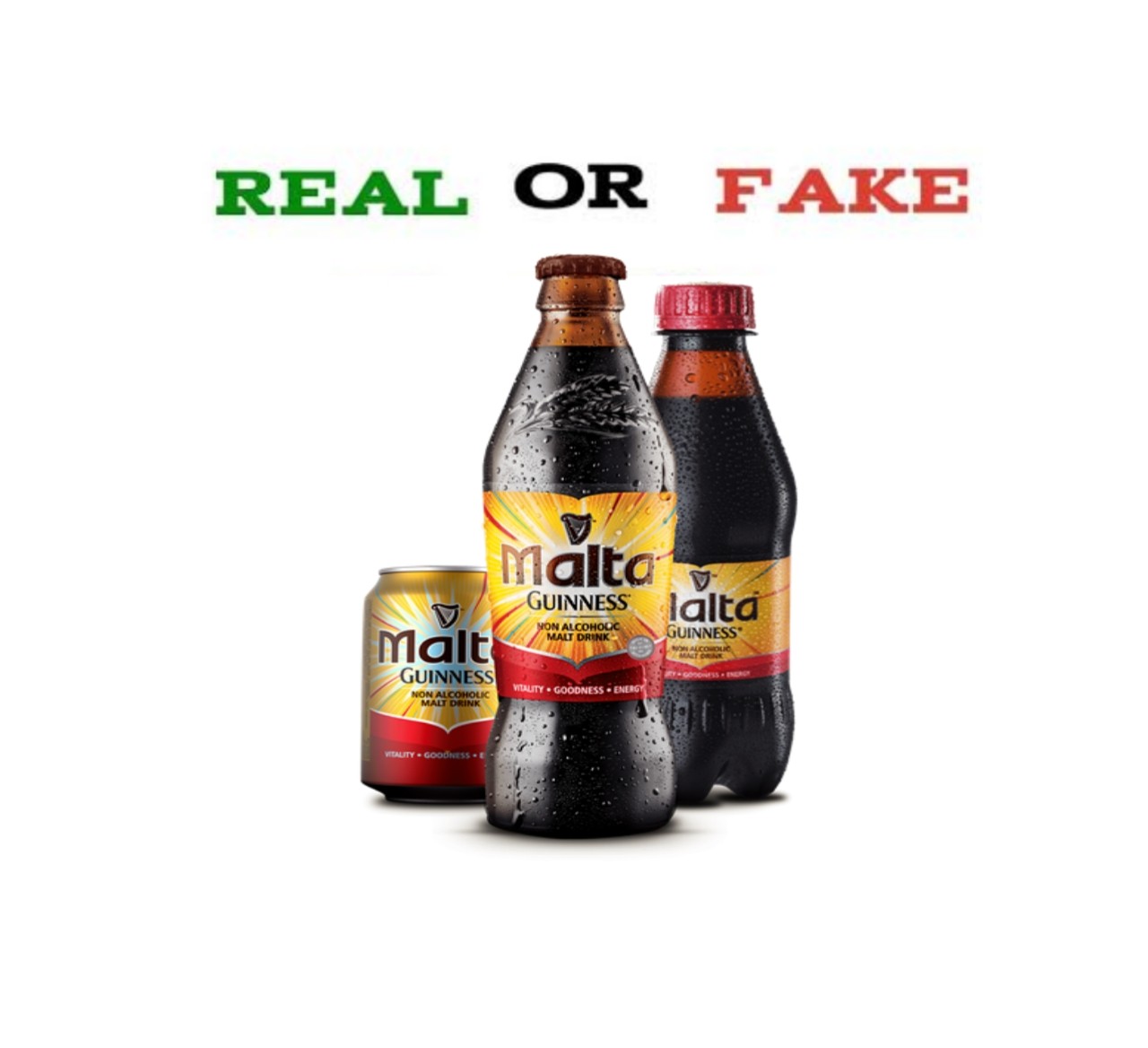 What is Malta Guinness?

The Menace of Fake Malta Guinness

According to news reports, the Lagos State police command recently uncovered an illegal brewery where malt drinks and fake stout were produced. Five of the suspects behind the factory were also arrested by the state police boss, Imohimi Edgal, who took newsmen to the scene.

According to the authorities, the illegal distillery where malt, was being produced was located in an unhygienic environment thereby feeding poison to the people. The illegal brewery had more than 1,000 drums of brewed malt and up to 100 tanks where the drinks are pumped before supplying tankers. A building where the operational items of the suspects were kept was also located close to the illegal brewery.

According to the World Health Organization, an estimated 600 million – almost 1 in 10 people in the world – fall ill after eating contaminated food and 420 000 die every year, resulting in the loss of 33 million healthy life years (DALYs).

How to Spot Fake Malta Guinness

With the advancements in technology, it is not difficult to dupe consumers since the counterfeiting or replication of products in the market could be so subtle that it becomes tough to identify and differentiate between what products are real and which ones are fake.

This necessitates an understanding of the differences between an original and fake product to preclude the vulnerability of customers. Being one of the most popular malt drinks in Africa’s biggest economy, Malta Guinness is an attractive bride to fraudsters and counterfeiters looking to make illegal gains from the unsuspecting public.

Consuming a fake Malta Guinness can expose you to food poisoning and other health risks because the primary ingredient is the grain, or seed, of the barley plant, which has been allowed to sprout slightly in a traditional way called “malting” before it is processed.

A malt drink produced under poor hygiene conditions can lead to the growth of unwanted bacteria in the malt, transforming the malt drink from food to lethal poison.