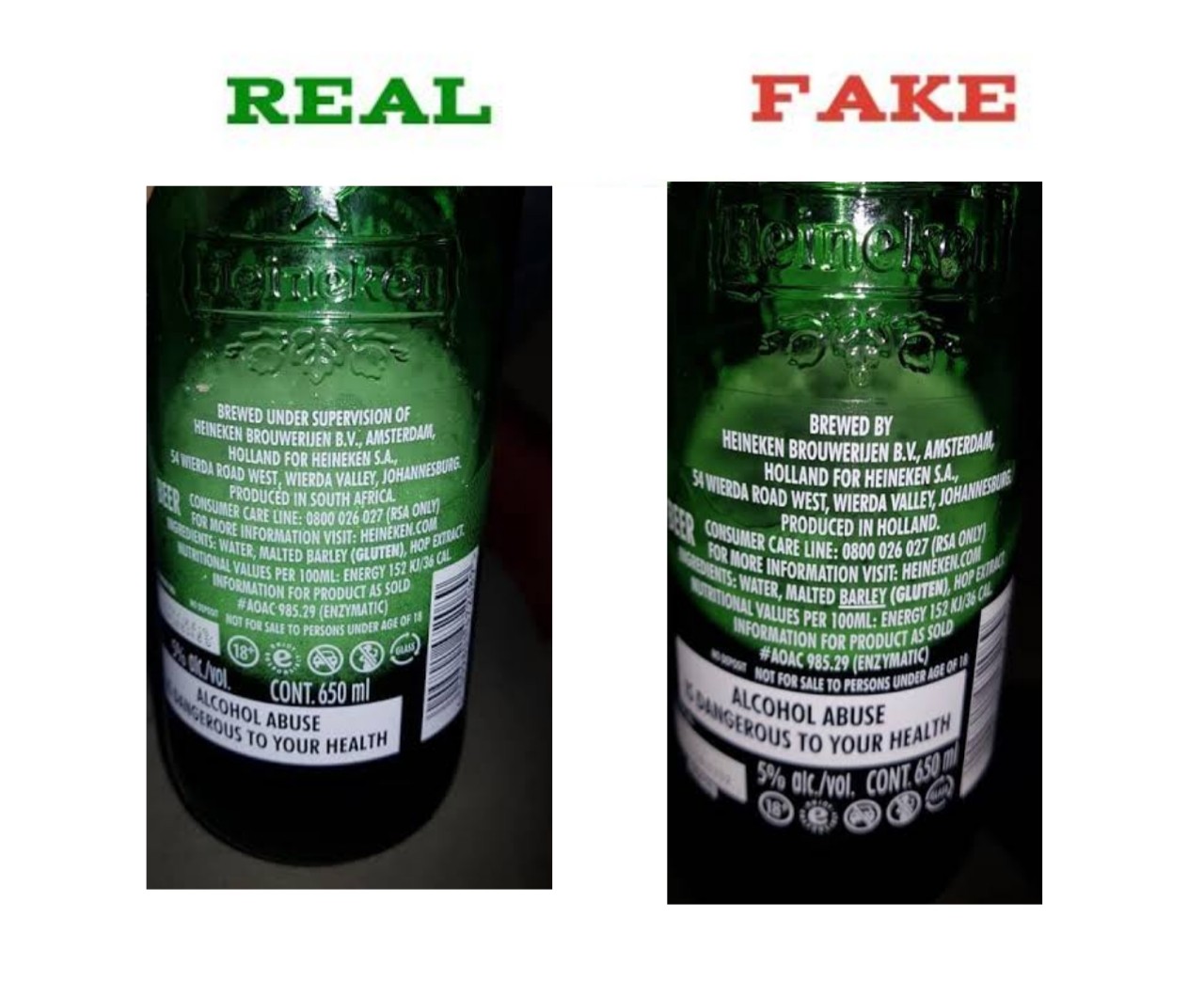 Records indicate that beer is one of the oldest drinks humans have produced. The first chemically confirmed barley beer dates back to the 5th millennium BC in modern-day Iran, and was recorded in the written history of ancient Egypt and Mesopotamia and spread throughout the world.

More than 6 in every 10 American adults drink alcohol, and among those people, beer is consistently a clear favorite. With this popularity also comes an increase in counterfeiting of products. Seizures of counterfeit alcohol by authorities have soared fivefold in two years, according to research which shows how criminal gangs are tapping into the demand for bargain booze.

Worryingly, the investigations reveal that in most countries there is no formal method for sharing intelligence between public health authorities and the drinks industry to identify fake alcohol, which often contains substances that can cause severe injury or even death.

What is Heineken beer?

Heineken Holding NV is a company founded in Amsterdam, Netherlands, on March 27, 1952. It produces and distributed beer and other beverage products worldwide. Their traditional beers are well-known and they stick to the proven recipes that include:

Heineken Pilsener: Heineken International, based in Holland, has produced this beer with 5% alcohol since 1873. The brewery used only malted barley, quality hops, special yeast, and purified water to create this beverage. It is popular in the US, Europe, and the Middle East.

Heineken Lager: This 5% ABV beer made without any additives is a product of Heineken’s Brouwerijen brewery in Holland. You can find it canned and bottled.

Heineken Extra Cold: The company promotes this new way of beer serving. Its expert team claims that this beer type’s intense coldness drives the ultimate refreshment during hot days in summer. It is the traditional Heineken served in a frosted glass.

Heineken Premium Light: Heineken introduced this light beer to the US market in 2005. It contains fewer calories and carbs and only 3.2% of alcohol.

Heineken 0.0: This zero-alcohol beer with only 69 calories is trendy nowadays. Its taste is unchanged, and the way of brewing is the same as with traditional Heineken. The difference is in removing alcohol and getting a beer with a malty and fruity flavor.

Although Heineken South Africa has issued a warning on its Twitter page that a recent video, allegedly showing the bottling of “fake Heineken” is false there is still a need to educate the public on how to avoid fakes. The viral video which was published together with a picture showing the apparent branding differences between the “fake beer” and real Heineken, with the “fake beer” using a larger font was a false alarm.

The Health officials list the following tips to help you identify counterfeit alcohol:

If the Heineken beer contains particles or sediment, or the contents have separated in the bottle, then the product is likely to have been thinned with tap water.

If you notice any of the warning signs listed above, do not buy the product, and definitely do not drink it!

This information on How to Spot Fake Heineken Beer is provided as part of our harm reduction efforts. It’s important to note that alcoholism is a real disease. It can cause changes to the brain and neurochemistry, so a person with an alcohol addiction may not be able to control their actions.