How to Spot A Drug Dealer 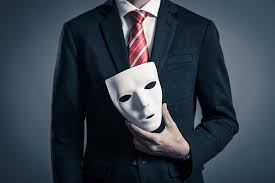 Who is a drug dealer?

A drug dealer is an individual who sells drugs, of any type or quantity, illegally. They can be small-time dealers who sell small quantities to offset the costs of their own drug use, or they can be highly organized groups and businessmen within high-organized operations that run like a serious business.

Drug dealers look like regular average everyday people. Dealing drugs is against the law and since the goal of dealing drugs isn’t to go to prison, drug dealers are going to try to avoid letting anyone they don’t know deal or use drugs. This means drug dealers don’t wear anything that specifies they are drug dealers unless they are shitty drug dealers, you won’t spot them or see them acting in any kind of way. Here are some signs that someone is dealing or has something to do with illicit drugs

Reluctance to have conversations about any drug topics.

When a person or a group of people are reluctant to have a conversation about any drug topics, it’s a sign that something is not right. To these groups of people, even a legitimate topic such as medical marijuana, will cause obvious discomfort and most likely be avoided.

Swings in cash flow might be a sign of return from illicit dealings like narcotic sales.   Example – A few days in a row of bumming cigarettes. Having just re-up’d, a pocket full of kryptonite with no cash until sales have been made isn’t uncommon.

Following the laws to the Extreme

Like a con artist’s one of the most powerful weapons of a drug dealer is their brain,” says celebrity con man Frank Abagnale, author of the memoir Catch Me If You Can. Carefully and precisely following laws that most people don’t. For example – In a 65mph zone doing 63mph-65mph. Not throwing ash or cigarette buts on the ground. Never going through a yellow light. No double parking with 4 ways on.

Europe’s biggest bank, paid a $1.9 billion fine in 2012 to avoid prosecution for allowing at least $881 million in proceeds from the sale of illegal drugs. In addition to facilitating money laundering by drug cartels.  Most drug dealers tend to avoid the formal banking system and rely heavily on cash payments for goods and services. For example – buying replacement fans, light fixtures, and power tools with $500–800 cash instead of using a card.

Being outwardly friendly and very likable.

Although this might not be a major sign, it is one of the signs to watch out for, this is because social skills are an advantage in any form of trade, and friendliness. A former cocaine dealer once said, “ I can say definitively that being “friendly” was a huge competitive advantage.  Combined with a very flexible fronting system, it allowed me to capture a large percentage of the market.

Drug dealers tend to be incredibly adaptable. Their Chameleon-like attitude helps them fit into most crowds with relative ease. Female drug dealers often describe themselves as a “chameleon,” able to change their appearance to blend in.

Very aggressive to violent if provoked.

Drug dealers are watching their backs most times they won’t speed on the road but if provoked they have the tendency to be very violent. Access to illicit drugs also means access to illegal arms for these outlaws.

Drug dealers are always running when no one is pursuing them because they know they are going against the law and destroying destinies. For these reasons, they are always listening and eye scanning.

Clearly Living Above Their Means

When a fellow suddenly buys a car that’s worth his 3-year salary after working just a few months or without a traceable source of income, then you know something simply does not add up. In addition, when a fellow suddenly starts living a flamboyant lifestyle or begins to flaunt expensive jewelry it could also be a sign that illicit funds are passing through. They drive the most expensive cars, make the loudest noise in the club, and pop bottles like their lives depend on them. They compete with other guys in the club as well. They squander money on drinks, girls, and expensive gadgets all in a bid to create a ‘rep for the street’ as they say.