Health Benefits of Female Urination Device and How to Use It 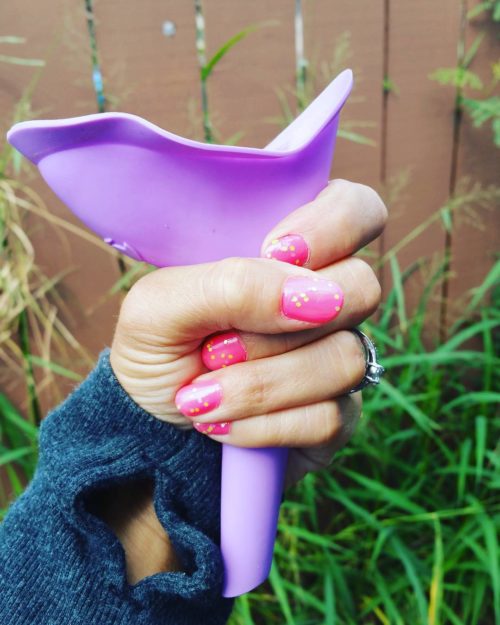 Men may not realize that for a woman, finding a place to urinate while out and about is an uphill battle. Public bathrooms are available in many cities, but they tend to be dirty and the line to use them can be long. The feeling of being trapped in a closed space can also make users uncomfortable. This means that some women prefer to hold it until they get home (which can result in health complications, such as cystitis). Others simply put up with the inconvenience and wait their turn. A final group throws caution to the wind and sets out in search of a small hidden niche on a street corner or between two cars where they can relieve themselves, a practice known as  “wild peeing.”

Female urination devices are marketed toward several distinct groups. For sports and recreation, they are sold for camping, traveling, festivals, long car journeys, and any kind of outdoor pursuit where the toilet facilities are absent or less than desirable. Since 2005, numerous female urination devices have appeared on the market. Products come in a variety of designs and materials such as plastic, rubber, silicone, and paper; some are reusable and some are disposable. Several devices have been marketed for medical applications, and are sometimes available on prescription.

Prevention of UTIs and Infections

UTIs are 10 times more common among women than men, and most women will have at least one UTI in their lifetime. It’s estimated that 150 million UTIs occur worldwide each year, accounting for $6 billion in health care costs. In fact, 1 in 5 women who get a UTI will experience a recurrent infection, and some women have 3 or more UTIs a year. A female urination device is very useful in preventing UTIs and other Infections associated with peeing in an environment with poor sanitation.

Help with Fear of Dirty Toilets

Many Women have a phobia for dirty toilets and public and common toilets are never clean. One 1991 British survey of 528 women at an ob-gyn clinic found that 85 percent said they crouched over public toilets while urinating, and 12 percent papered the seat. Only 2 percent sat all the way down.

Studies done in hospital bathrooms have found dangerous strains on toilet seats, including antibiotic-resistant staphylococcus (one of several “flesh-eating bacteria”), norovirus (the “cruise ship bug”), E. coli, shigella, and streptococcus. In theory, even Ebola could be picked up from a toilet. These microbes are excreted in feces or vomit; if that’s visible on the seat, most sensible people would choose another stall. Having a female urination device, female urination aid, or stand-to-pee device (STP) can help relieve such phobia and anxiety.

Ease of Urination for Pregnant Women

Many pregnant women find it difficult to squat especially during the later part of pregnancy. Most women have an increased urge to urinate during late pregnancy. This is a normal body response related to hormone changes that occur during pregnancy and to physical pressure on the bladder. Bladder infections are also more common during pregnancy. This device is recommended for use during pregnancy as it helps relieve the pains of multiple squatting within a short period of time.

Support For Women with Spinal Injuries and Arthritis

Arthritis means joint inflammation, but the term is used to describe around 200 conditions that affect joints, the tissues that surround the joint, and other connective tissue. It is a rheumatic condition. The most common form of arthritis is osteoarthritis.  Women with Spinal Injuries and Arthritis have found a lot of solace in these devices because they help relieve pains associated with squatting to pee for individuals with these conditions.

These portable devices are very easy to carry along in your handbag. Unlike men, women won’t be able to wee standing up against the tallest tree. Also, when you are stuck on a camping site and don’t want to risk going out in the dark for a tinkle, then a portable urination device is just the thing for you.  The best part is that you can stand and pee without completely sitting or pulling down your pants. These devices are both neat and discrete!