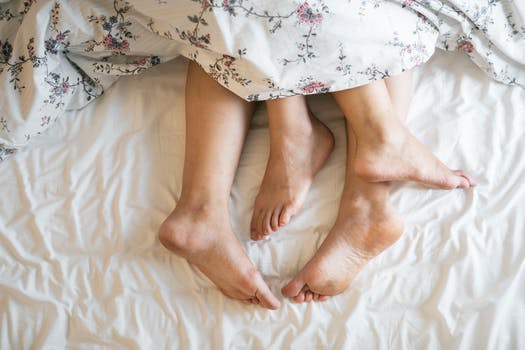 How Herpes Outbreak On Penis Develops

Can a woman give a man herpes?
Herpes can only be passed through direct skin-to-skin contact with the infected area such as kissing, oral sex, genital-to-genital rubbing, vaginal, and anal sex. Herpes (both oral & genital) can be spread even when there are no symptoms or sores. This is called asymptomatic shedding.
Can you spread herpes without a flare up?
Yes. Even when no sores are present, the herpes virus is still active in the body and can spread to others. … The herpes virus can live outside of the area that a condom covers, though, so a condom may not always prevent the spread. avoiding sex during outbreaks (herpes is much more likely to spread during outbreaks)
Can herpes live on a towel?
People can have genital herpes for years without knowing it. The virus can be spread even if an infected person has no genital sores. Because the virus dies quickly outside of the body, it’s nearly impossible to get the infection through contact with toilets, towels or other objects used by an infected person.

Is Herpes Contagious all the time?
HSV-2 is most contagious during an outbreak of sores, but can also be transmitted when no symptoms are felt or visible. The consistent and correct use of condoms can help reduce the risk of spreading genital herpes. However, condoms only provide partial protection, as HSV can be found in areas not covered by a condom.

What Does Herpes Look Like on A Penis?
As a result of its unique characteristics, herpes symptoms in men come and go over a person’s lifetime due to the tendency of the virus to switch between active and dormant modes periodically. Genital herpes outbreak on the penis is characterized by tingling, Painful urination and burning or itching sensation in the area where blisters will appear on the penis.  first outbreak will appear as early as two days after you contracted the virus, or as late as 30 days afterward. The appearance or pictures of herpes on penis is similar to outbreaks on other parts of the body.

How long are you contagious after a herpes outbreak?
Genital herpes is highly contagious. Carriers can transmit the disease without having any symptoms of an active infection. Signs of genital herpes develop within 3 to 7 days after contact with an infected person. Most people with genital herpes have recurring outbreaks.
How long does a Herpes outbreak last?
As a general rule, the first ever herpes outbreak tends to be the most severe. In some cases, it can take 2 – 3 weeks to heal completely. Subsequent outbreaks are usually less severe and pass within a few days.
What does a herpes outbreak feel like?
When blisters and other genital herpes symptoms show up, it’s called an outbreak. .You might notice some warning signs a few hours or days before outbreaks flare up, like itching, burning, or a tingly feeling on your genitals. Herpes outbreaks are no fun, but the first one is the worst.
Does herpes burn while peeing?
Genital herpes most often appears as one or more blisters on or around the genitals or rectum. … Numbness, tingling, or burning in the genital region. A burning sensation while urinating or having intercourse. Painful urination, difficulty urinating, or a frequent need to urinate
What can be mistaken for herpes?
Contact Dermatitis Can Be Mistaken for Herpes. Contact dermatitis is a skin condition that can cause red, itchy, cracked, dry, or scaly skin, blisters, or a rash. Like herpes, it recurs, and while it’s not a STD, when it appears in the mouth or genital area, it may be mistaken for herpes.
Can you get a herpes outbreak right after another?
Genital infection with herpes may not cause any symptoms and the person may not know they have the virus until they pass it on to another person or get symptoms when the virus is “reactivated.” The first outbreak is usually the worst and most painful and occurs within 2-20 days after contact with the virus.
What foods trigger herpes?
An excess intake of the amino acid arginine can trigger an outbreak. Avoid foods high in arginine, such as almonds or chocolate. Also, a diet rich in the amino acid lysine has been shown to help stop the herpes virus from multiplying and prevent outbreaks. SEE: Blue Waffle Disease Pictures
How can I cure herpes fast?
Genital herpes cannot be cured. Antiviral medicine (acyclovir and related drugs) may relieve pain and discomfort and help the outbreak go away faster. It may also reduce the number of outbreaks. Follow your provider’s instructions about how to take this medicine if it has been prescribed.

Treatment of  Herpes Outbreak On The Penis

There is currently  no cure for genital herpes, but the condition can be managed with medication. Genital herpes outbreaks including those on the penis can happen when you become stressed, sick, or tired. Your doctor will help you come up with a treatment plan that will help you manage your outbreaks.

HSV-1 is most contagious during an outbreak of symptomatic oral herpes, but can also be transmitted when no symptoms are felt or visible. People with active symptoms of oral herpes should avoid oral contact with others and sharing objects that have contact with saliva. They should also abstain from oral sex, to avoid transmitting herpes to the genitals of a sexual partner. Individuals with symptoms of genital herpes should abstain from sexual activity whilst experiencing any of the symptoms.

People who already have HSV-1 infection are not at risk of getting it again, but they are still at risk of acquiring herpes simplex virus type 2 (HSV-2) genital infection (see below).

Pregnant women with symptoms of genital herpes should inform their health care providers. Preventing acquisition of a new genital herpes infection is particularly important for women in late pregnancy, as this is when the risk for neonatal herpes is greatest.

Additional research is underway to develop more effective prevention methods against HSV infection, such as vaccines. Several candidate HSV vaccines are currently being studied. See: How long does a herpes outbreak last without medicine

How Long Does a Herpes Outbreak Last

Can You Get Herpes From A Toilet Seat
Herpes Outbreak On Penis
July 26, 2018 Sexual HealthDr OtorkpaLeave a comment