Importance of Food Safety and Hygiene 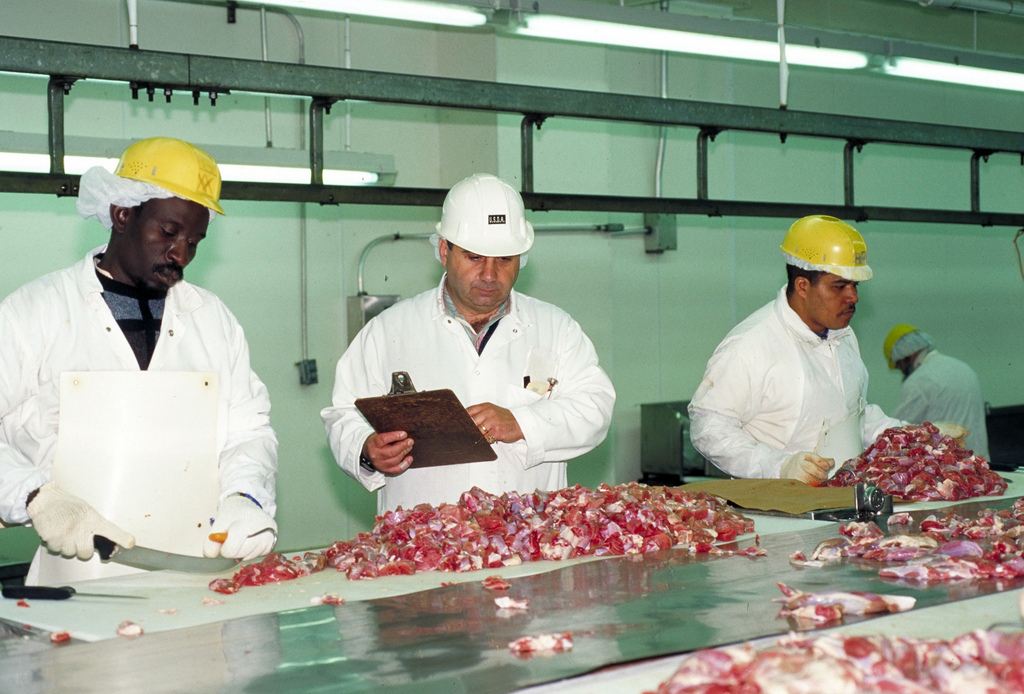 What is Food Safety?

Food safety refers to the proper handling, cooking, and preservation of food in order to protect people from foodborne illnesses caused by microbes such as bacteria, fungi, parasites, and viruses. If you’ve ever visited a restaurant only to come back with more than a taco in your stomach that’s trying to exit both ends of your body, you know what this is all about. The occurrence of two or more cases of a similar illnesses resulting from the ingestion of a common food is known as a food-borne disease outbreak.

There is rising poor food safety practices and standards in Nigeria, which according to the National Agency for Food and Drug Administration and Control (NAFDAC), has led to huge economic losses, which are evident in the myriad of rejects of some food exports from Nigeria at international borders as a result of contamination, poor preservation method and adulteration of food products. The lack of or inadequate application of Good Agricultural Practices (GAP) and the abuse or misuse of agrochemicals by farmers and during storage in developing countries had serious health effects on the population. Other unsafe common practices include the use of pesticides for fishing, inappropriate application of pesticides to stored products such as beans and grains to prevent insect infestation, inappropriate application of chemicals to fruits such as bananas to ripen them or to vegetables such as carrots and cabbages to control insect infestation.

Foodborne illnesses are usually infectious or toxic in nature and caused by bacteria, viruses, parasites or chemical substances entering the body through contaminated food or water. Foodborne pathogens can cause severe diarrhoea or debilitating infections including meningitis.

Chemical contamination can lead to acute poisoning or long-term diseases, such as cancer. Foodborne diseases may lead to long-lasting disability and death. Examples of unsafe food include uncooked foods of animal origin, fruits and vegetables contaminated with faeces, and raw shellfish containing marine biotoxins.

Bacteria: Salmonella, Campylobacter, and Enterohaemorrhagic Escherichia coli are among the most common foodborne pathogens that affect millions of people annually – sometimes with severe and fatal outcomes. Symptoms are fever, headache, nausea, vomiting, abdominal pain and diarrhoea. Examples of foods involved in outbreaks of salmonellosis are eggs, poultry and other products of animal origin. Foodborne cases with Campylobacter are mainly caused by raw milk, raw or undercooked poultry and drinking water. Enterohaemorrhagic Escherichia coli is associated with unpasteurized milk, undercooked meat and fresh fruits and vegetables.

Listeria infection leads to miscarriage in pregnant women or death of newborn babies. Although disease occurrence is relatively low, listeria’s severe and sometimes fatal health consequences, particularly among infants, children and the elderly, count them among the most serious foodborne infections. Listeria is found in unpasteurised dairy products and various ready-to-eat foods and can grow at refrigeration temperatures.

Vibrio cholerae infects people through contaminated water or food. Symptoms include abdominal pain, vomiting and profuse watery diarrhoea, which may lead to severe dehydration and possibly death. Rice, vegetables, millet gruel and various types of seafood have been implicated in cholera outbreaks.

Antimicrobials, such as antibiotics, are essential to treat infections caused by bacteria. However, their overuse and misuse in veterinary and human medicine has been linked to the emergence and spread of resistant bacteria, rendering the treatment of infectious diseases ineffective in animals and humans. Resistant bacteria enter the food chain through the animals (e.g. Salmonella through chickens). Antimicrobial resistance is one of the main threats to modern medicine.

Parasites: Some parasites, such as fish-borne trematodes, are only transmitted through food. Others, for example tapeworms like Echinococcus spp, or Taenia solium, may infect people through food or direct contact with animals. Other parasites, such as Ascaris, Cryptosporidium, Entamoeba histolytica or Giardia, enter the food chain via water or soil and can contaminate fresh produce.

Prions: Prions, infectious agents composed of protein, are unique in that they are associated with specific forms of neurodegenerative disease. Bovine spongiform encephalopathy (BSE, or “mad cow disease”) is a prion disease in cattle, associated with the variant Creutzfeldt-Jakob Disease (vCJD) in humans. Consuming bovine products containing specified risk material, e.g. brain tissue, is the most likely route of transmission of the prion agent to humans.

Chemicals: Of most concern for health are naturally occurring toxins and environmental pollutants. Naturally occurring toxins include mycotoxins, marine biotoxins, cyanogenic glycosides, and toxins occurring in poisonous mushrooms. Staple foods like corn or cereals can contain high levels of mycotoxins, such as aflatoxin and ochratoxin, produced by mould on grain. A long-term exposure can affect the immune system and normal development, or cause cancer.

Persistent organic pollutants (POPs) are compounds that accumulate in the environment and human body. Known examples are dioxins and polychlorinated biphenyls (PCBs), which are unwanted by-products of industrial processes and waste incineration. They are found worldwide in the environment and accumulate in animal food chains. Dioxins are highly toxic and can cause reproductive and developmental problems, damage the immune system, interfere with hormones, and cause cancer. Heavy metals such as lead, cadmium, and mercury cause neurological and kidney damage. Contamination by heavy metal in food occurs mainly through pollution of air, water, and soil.

The burden of foodborne diseases

The burden of foodborne diseases on public health and welfare and to economies has often been underestimated due to underreporting and difficulty to establish causal relationships between food contamination and resulting illness or death. The 2015 WHO report on the estimates of the global burden of foodborne diseases presented the first-ever estimates of disease burden caused by 31 foodborne agents (bacteria, viruses, parasites, toxins, and chemicals) at global and regional level.

Unsafe food poses global health threats, endangering everyone. Infants, young children, pregnant women, the elderly, and those with an underlying illness are particularly vulnerable. Every year 220 million children contract diarrhoeal diseases and 96 000 die. Unsafe food creates a vicious cycle of diarrhoea and malnutrition, threatening the nutritional status of the most vulnerable. The International Conference on Food Safety held in Addis Ababa in February 2019, and the International Forum on Food Safety and Trade held in Geneva in 2019, reiterated the importance of food safety in achieving the Sustainable Development Goals. Governments should make food safety a public health priority, as they play a pivotal role in developing policies and regulatory frameworks, and establishing and implementing effective food safety systems.

Food can become contaminated at any point of production and distribution, and the primary responsibility lies with food producers. Yet a large proportion of foodborne disease incidents are caused by foods improperly prepared or mishandled at home, in food service establishments, or at markets. Not all food handlers and consumers understand the roles they must play, such as adopting basic hygienic practices when buying, selling, and preparing food to protect their health and that of the wider community.

Everyone can contribute to making food safe. Here are some examples of effective actions:

Food handlers and consumers can: 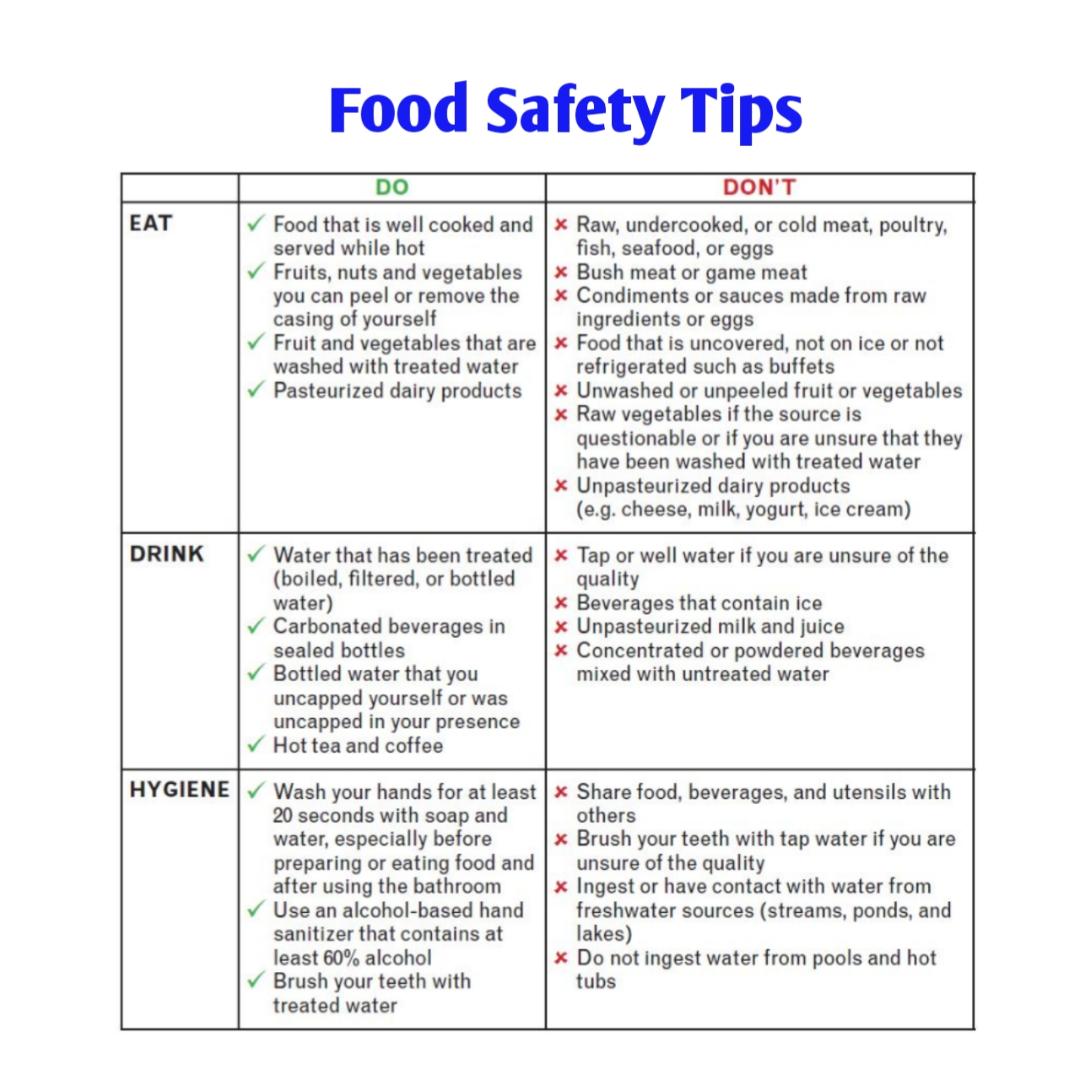 Why Is Food Safety and Sanitation Important?