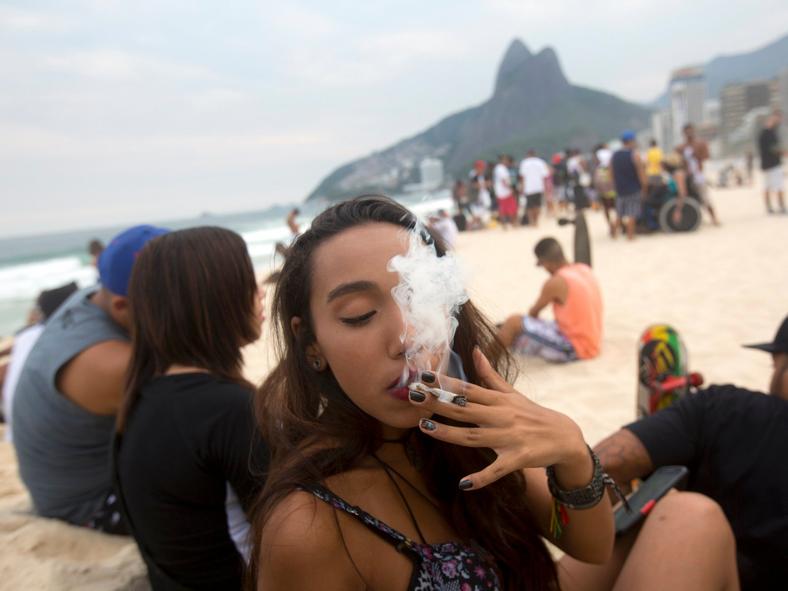 Drug abuse, is a patterned use of a drug in which the user consumes the substance in amounts or with methods which are harmful to themselves or others. It is also the inappropriate use of substances including alcohol, prescription medication, illegal drugs for purposes such as pleasure, to feel or perform better in certain situations, or to change one’s perception of reality. It is estimated that the average annual retail cost of psychotropic substances in Nigeria is more than USD $15,000, while alcoholic beverages, aside from spirit, generate more than USD $30,000 from sales to a consumer population of about 30 to 35 million people.

There is practically no major city in Nigeria that does not have hide outs or joints or clubs or ram-shackles where  young Nigerians gather to buy or use drugs of different descriptions to feel good. However, Northern Nigeria appear to be the worst hit as young people especially girls and young women have latched unto illicit substances in the quest for cloud nine .

A survey conducted by Nigeria’s National Bureau of Statistics (NBS) and the Center for Research and Information on Substance Abuse with technical support from the United Nations Office on Drugs and Crime (UNODC) and funding from the European Union reported that the highest levels of drug use was recorded among  young Nigerians between the ages of 25 to 39, with cannabis being the most widely used drug.

Drug and alcohol use impacts nearly every part of your body from your heart to your bowels. Substance abuse can lead to abnormal heart rates and heart attacks, and injecting drugs can result in collapsed veins and infections in your heart valves. Some drugs can also stop your bones from growing properly, while others result in severe muscle cramping and general weakness. Using drugs over a long period of time will also eventually damage your kidneys and your liver.

When you are under the influence of drugs or alcohol, you may forget to engage in safe sex practices. Having unprotected sex increases your chances of contracting a sexually transmitted disease. Sharing the needles used to inject certain drugs can give you diseases like hepatitis C, hepatitis B, and HIV. You can also spread common colds, the flu, and mono from sharing pipes and bongs.

Drug and alcohol abuse not only has negative effects on your health but can also have legal consequences that you’ll have to deal with for the rest of your life. Many employers require that you take a drug test before offering you a job—many of them even conduct random drug tests even after you become an employee. Refusing to give up drugs could end up making you unemployed, which comes with even more issues.

Driving under the influence of drugs or alcohol can lead to a suspended driver’s license, usually for 6 months to 2 years. You’ll also need to pay heavy fines and may even spend some time in jail.

Drugs and alcohol are expensive, especially when you’re using a lot and constantly. Substance abuse also impacts your productivity and success at work and in school. The time spent searching for, using and recuperating from drugs can be better spent learning new skills to advance your career.

The legal issues tied to drug use will increase your bills as well. Your car and health insurance rates may increase and you will have to find a way to pay for arrest warrants, DUIs, and legal counsel.

If you use drugs and alcohol, you’re more likely to experience physical injury or be involved in car accidents. Even worse, you also have an increased risk of death through both suicide and homicide.

These drug-related deaths are on the rise, doubling since the early 1980s. Alcohol specifically results in 5.2 million accidental injuries and 1.8 million deaths each year. It’s estimated that 1 out of every 4 deaths is caused by drugs and alcohol, according to the World Health Organization.

Video: This Is What Drugs Abuse Is Doing Northern Youths
drug abuse in nigeriatypes of drug abused in nigeria
March 25, 2019 UncategorizedPublic Health NgLeave a comment