Does Wellbutrin Give You More Energy Than Adderall? 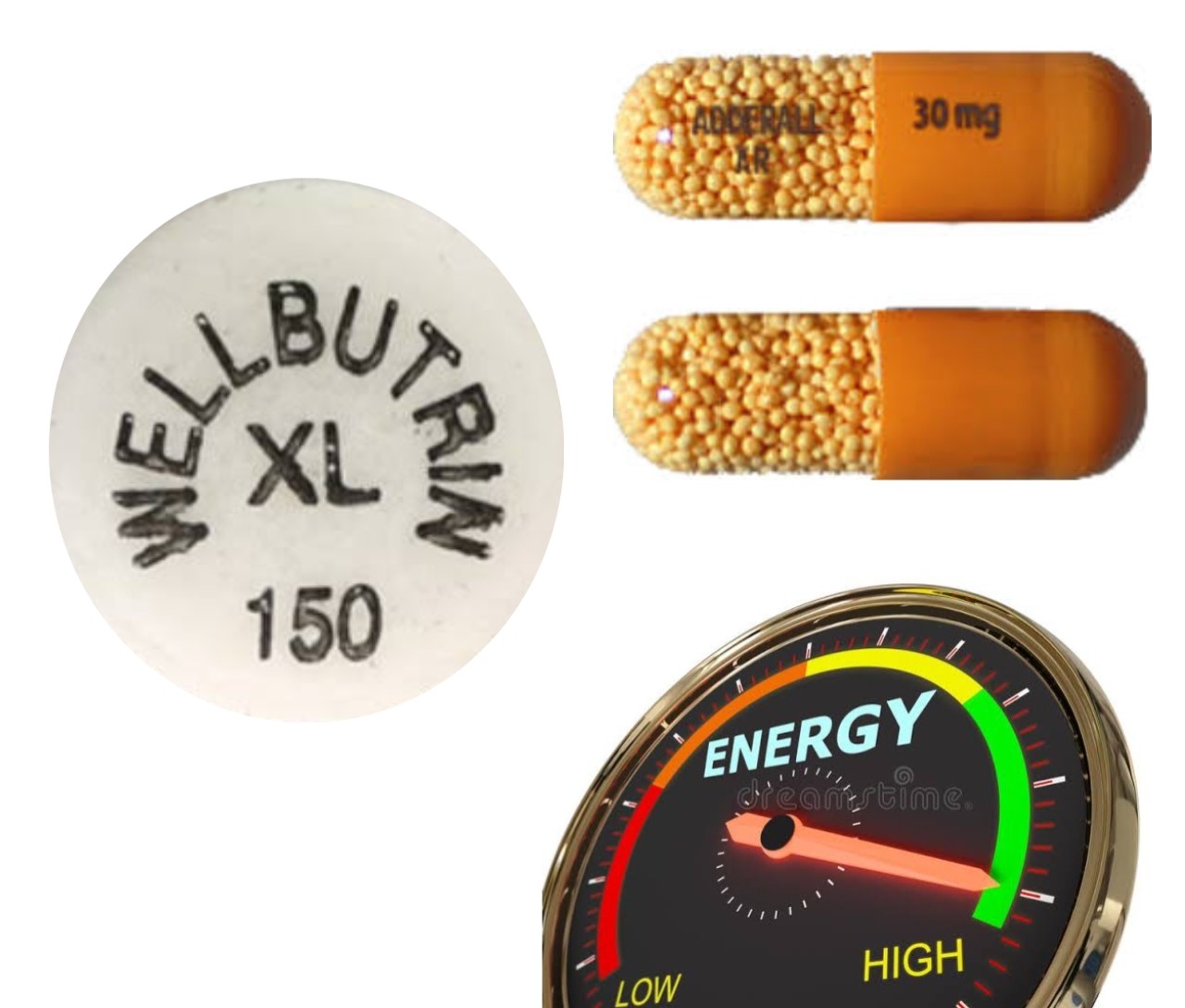 Wellbutrin is a brand of bupropion, a commonly used antidepressant. It was first approved for clinical use in the United States (U.S.) in 1985. It is one of the most frequently prescribed antidepressants in the English-speaking world. It is mainly used to treat and prevent depression and as a smoking cessation aid.

Wellbutrin (bupropion) belongs to a class of medications referred to as aminoketones. It works by affecting the way your body produces neurotransmitters like dopamine and norepinephrine, which are crucial to our moods. Neurotransmitters are a type of chemical messenger used by your body. Wellbutrin is less likely to cause weight gain or sexual dysfunction than an SSRI, but it can trigger seizures in those who are susceptible.

Adderall is considered a first-choice treatment option for ADHD. Studies of Adderall and Adderall XR show that the drugs improve attention and focus, and reduce impulsive behaviors. Between 75 percent and 80 percent of children with ADHD will see improved symptoms with the use of stimulants such as Adderall.

Adderall is also effective for increasing daytime wakefulness in people with narcolepsy, although there is little related research available.

As a central nervous system stimulant, the effects of the medication can be positive when Adderall is taken as intended, but for people who may use the drug without medical supervision, the effects can be dangerous.

Wellbutrin Vs. Adderall: How each medication is taken?

Since Wellbutrin and Adderall belong to different drug classes, they also have different dosage regimens:

Typical dosing for Adderall IR: When taken for ADHD by adults and children 6 years of age and older, the typical starting dose of Adderall IR is 5 mg by mouth once or twice daily.

Typical dosing for Wellbutrin SR: The typical starting dose is 150 mg by mouth once daily in the morning. After 3 days, your provider might raise your dose to 150 mg twice daily with at least 8 hours between doses. The maximum dose is 400 mg per day.

Typical dosing for Wellbutrin XL: The typical starting dose is 150 mg by mouth once daily in the morning. After 4 days, your provider might raise your dose to 300 mg once daily.

Seek emergency medical attention or call the Poison Help line at 1-800-222-1222 for both medication overdoses because they can be fatal.

Does Wellbutrin Give You More Energy Than Adderall?

Yes, Wellbutrin gives you more energy than Adderall because it is a norepinephrine–dopamine reuptake inhibitor (NDRI) with the most energizing effects.

Doctors often prescribe Wellbutrin for patients whose depression symptoms are more “melancholic” or “sluggish,” because it can give patients an energy boost and remains the most effective of the non-SSRI antidepressants against fatigue.

Adderall on the other hand is an amphetamine, which also makes people energetic. However, it has a calming effect on people with ADHD. In people who don’t have ADHD, Adderall produces an excess amount of dopamine, which can cause users to experience feelings of euphoria and increased energy levels, as well as possibly dangerous physical and emotional side effects.

Side Effects of Wellbutrin

Common side effects of Wellbutrin include:

Side Effects of Adderall

Side effects of Adderall include:

Adderall may cause serious side effects including:

Seek medical care or call 911 at once if you have the following serious side effects:

This document does not contain all possible side effects and others may occur. Check with your physician for additional information about side effects.

Can I take Wellbutrin and Adderall together?

No, combining Wellbutrin and Adderall can increase your risk of seizures. In addition, Wellbutrin should not be taken with or within two weeks of taking monoamine oxidase inhibitors (MAOIs). These include phenelzine (Nardil), tranycypromine (Parnate), isocarboxazid (Marplan), and selegiline (Emsam®). Wellbutrin is associated with seizures in four out of 1,000 people treated with 450 mg (the standard dose in adults is typically 300 mg). That risk increases almost tenfold for those taking between 450 mg and 600 mg a day.

In addition, do not take Wellbutrin if you are allergic to bupropion, if you have: a seizure disorder, an eating disorder such as anorexia or bulimia, or if you have suddenly stopped using alcohol.

Why Does Adderall Make You Poop Frequently?
does wellbutrin give you energy like adderall
July 26, 2022 Family & Community HealthPublic HealthComments Off on Does Wellbutrin Give You More Energy Than Adderall?