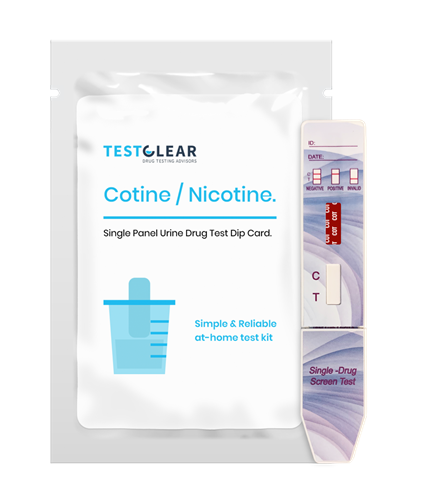 A new study finds smokers also fare worse on the job market. According to a study published in JAMA Internal Medicine, smokers not only remain unemployed longer than nonsmokers, but they also earn substantially less when they are hired. Tobacco-free hiring policies, or other laws prohibiting discrimination based on off-duty conduct, designed to promote health and reduce insurance premiums, have been enacted by a growing number of employers. Such employers can test applicants for nicotine use and make hiring decisions based on the results.

According to the Centers for Disease Control and Prevention, each year, smoking or exposure to secondhand smoke causes 443,000 premature deaths and costs the nation $193 billion in health bills and lost productivity. Many of the policies banning the hiring of smokers expand on smoke-free work¬place rules. Such employers won’t hire applicants whose urine tests positive for nicotine use, whether cigarettes, smokeless tobacco, or even patches.

While employers in states permitting tobacco-free hiring policies can legally refuse to hire smokers, there are practical considerations that should be addressed. It may be difficult to enforce (for instance, once hired, will you monitor employees for signs of smoking?), it may limit the pool of qualified job applicants (particularly in certain professions or age groups) and it may be resented by even nonsmokers, who see such policies as unwarranted intrusions into their off-duty conduct.

Smoking can also be a big problem among teenagers who are prone to experimentation. Research suggests even one cigarette can significantly harden the arteries. A smoking habit is the last thing a parent wants for their children. With a simple home nicotine test, you can determine if someone has begun smoking and intervene immediately.

A nicotine drug screen is designed to detect the presence of cotinine. Cotinine is one of 20 different metabolic products that show that nicotine has been present in the body. Cotinine is detectable in the body at 3-5 days after nicotine is inhaled. Nicotine testing is relatively easy and inexpensive. Urine tests for smoking are very common in the workplace, whereas insurance companies might prefer smoking saliva test kits for on-the-spot screening.

Yes, drug tests can determine recent tobacco or nicotine use. Saliva tests for nicotine and traditional urine nicotine tests are the most commonly used method of cotinine detection.

How long will traces of nicotine be present in your blood?

False positives for nicotine are common with blood testing. This is usually because of the presence of a compound called thiocyanate. It’s found in foods like broccoli and cabbage and certain medications.

How long will traces of nicotine be present in your saliva and hair follicles?

Nicotine and cotinine can take up to four days to be fully flushed from your saliva. Traces of nicotine can generally be found in your hair follicles for up to three months after your last exposure. Depending on the hair test used, nicotine may be detected for up to a year after your last exposure. Although hair testing is possible, it isn’t used as frequently as urine, saliva, or blood testing. That’s because hair testing generally costs more.

How can I determine how much nicotine is in my system? Are there tests that I can do at home?

It’s possible to buy over-the-counter urine or saliva tests to check nicotine in your system. These tests generally give a “yes” or “no” answer — they often don’t tell you how much nicotine is in your system. These products aren’t routinely recommended by doctors, so their reliability and accuracy remain unclear compared to the tests run through an employment office or doctor’s office.

You probably know about the relationship between smoking and lung cancer, but did you know smoking is also linked to heart disease, stroke, and other chronic diseases? Smoking can increase your risk for cancer of the bladder, throat, mouth, kidneys, cervix, and pancreas. Thinking about quitting? Look at the facts!

Why should you quit?

What makes cigarettes so toxic and dangerous?

There are more than 5,000 chemical components found in cigarette smoke and hundreds of them are harmful to human health, according to the Centers for Disease Control and Prevention.

Here are a few examples:

Butadiene is a chemical used to manufacture rubber. It is considered to be a carcinogenic chemical that can cause certain blood cancers.

Arsenic is used to preserve wood. Some arsenic compounds have been linked to cancer of the lung, skin, liver, and bladder.

Benzene is used to manufacture other chemicals. It can cause cancer, particularly leukemia, in humans.

Cadmium is a metal used to make batteries. Cadmium and cadmium compounds can cause lung cancer and have been associated with kidney and prostate cancer.

Chromium VI is used to make alloy metals, paint, and dyes. Chromium VI compounds cause lung cancer and have been associated with cancer of the nose and nasal sinuses.

Formaldehyde is used to make other chemicals and resins. It is also used as a preservative. Formaldehyde causes leukemia and cancer in respiratory tissues.

Polonium-210 is a radioactive element that has been shown to cause cancer in animals.

Tar is not one single chemical, instead, it describes several chemicals that are in tobacco smoke. It leaves a sticky, brown residue on your lungs, teeth, and fingernails.

Carbon monoxide is a harmful gas you inhale when you smoke. Once in your lungs, it’s transferred to your bloodstream. Carbon monoxide decreases the amount of oxygen that is carried in the red blood cells. It also increases the amount of cholesterol that is deposited into the inner lining of the arteries which, over time, can cause the arteries to harden. This leads to heart disease, artery disease, and possibly a heart attack.

Nicotine is a dangerous and highly addictive chemical. It can cause an increase in blood pressure, heart rate, the flow of blood to the heart, and a narrowing of the arteries (vessels that carry blood). Nicotine may also contribute to the hardening of the arterial walls, which in turn, may lead to a heart attack. This chemical can stay in your body for six to eight hours depending on how often you smoke. Also, as with most addictive substances, there are some side effects of withdrawal. And some e-cigarettes and newer tobacco products deliver even more nicotine than traditional cigarettes.

Smokers aren’t the only ones affected by tobacco smoke. Secondhand smoke and vapor is a serious health hazard for nonsmokers, especially children. Nonsmokers who have high blood pressure or high blood cholesterol have an even greater risk of developing heart diseases when they’re exposed to secondhand smoke. Secondhand tobacco smoke contributes to thousands of premature heart disease and lung cancer deaths. Studies show that the risk of developing heart disease is about 25-30 percent higher among people exposed to environmental tobacco smoke at home or work. Secondhand smoke promotes illness, too. Children of smokers have many more respiratory infections than do children of nonsmokers. SEE: Does LSD (Acid) Show Up On A Drug Test