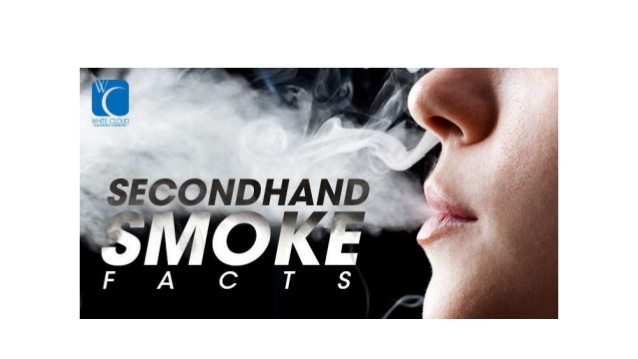 Secondhand smoke is a mixture of the smoke that comes from the burning end of a cigarette, cigar, or pipe, and the smoke breathed out by the smoker. It contains more than 7,000 chemicals. Hundreds of those chemicals are toxic and about 70 can cause cancer. There is no safe amount of secondhand smoke. Typically, drug tests tend to jeopardize the careers of people who do drugs. However, a recent study shows that even certain non-smokers aren’t completely safe from the wrath of a drug test.

Secondhand smoke is a serious health hazard causing more than 41,000 deaths per year. It can cause or make worse a wide range of damaging health effects in children and adults, including lung cancer, respiratory infections and asthma. The American Lung Association has more information available on laws protecting the public from exposure to secondhand smoke.

Between 1964 and 2014, 2.5 million people died from exposure to secondhand smoke, according to the 2014 report from the U.S. Surgeon General. The report also concluded that secondhand smoke is a definitive cause of stroke.

Secondhand Smoke in the Workplace

Secondhand smoke costs our economy $5.6 billion per year due to lost productivity. The health of nonsmokers exposed to secondhand smoke at work is at increased risk. Levels of secondhand smoke in restaurants and bars were found to be 2-5 times higher than in residences with smokers, and 2-6 times higher than in office workplaces.Being employed in a workplace where smoking is prohibited is associated with a reduction in the number of cigarettes smoked per day and an increase in the success rate of smokers who are attempting to quit.

Casino workers in particular are exposed to hazardous levels of toxic secondhand smoke at work, including tobacco-specific carcinogens that increased in their bodies as their work shifts progressed, according to a report from the National Institute for Occupational Safety and Health.

Secondhand smoke is especially harmful to young children. Secondhand smoke is responsible for between 150,000 and 300,000 lower respiratory tract infections in infants and children under 18 months of age, resulting in between 7,500 and 15,000 hospitalizations each year. It also causes 430 sudden infant death syndrome (SIDS) deaths in the U.S. annually.

Secondhand smoke exposure may cause a buildup of fluid in the middle ear, resulting in 790,000 doctor’s office visits per year, as well as more than 202,000 asthma flare-ups among children each year. More than 23 million, or about 35% of children in the U.S. have been exposed to secondhand smoke.

Data show that patients with non-small cell lung cancer (the most common type of lung cancer) who are exposed to secondhand smoke have worse outcomes. Including: 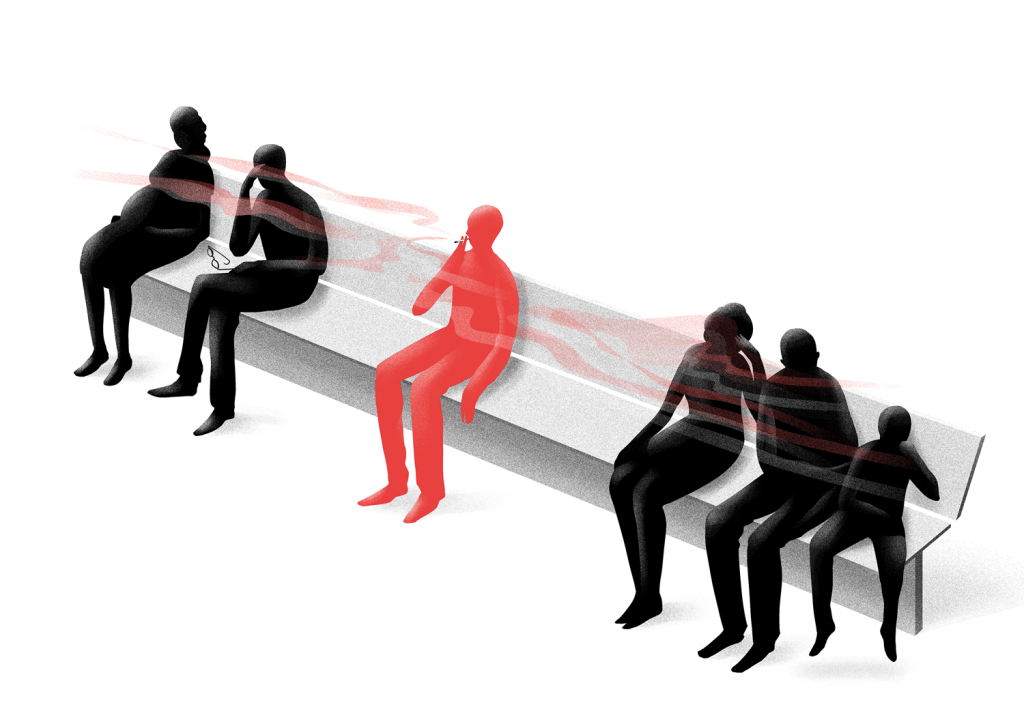 According to a new study at the University of Calgary, THC can be detected in the body after just 15 minutes of second-hand smoke exposure, so make sure you well versed on marijuana detection times. That’s right, just one second-hand toke can be the difference in you getting your dream job, as the report noted its findings could be especially problematic for companies with a zero-tolerance drug policy. The study, published in the Canadian Medical Association Journal Open, concluded that people exposed to second-hand pot smoke in a poorly ventilated area, such as a basement, kitchen or bedroom, with the windows shut, could test positive for a drug test.

But the results didn’t just end there. The study also suggested second-hand smoke can lead to the subject actually feeling the psychoactive effects of cannabis. Or in simpler terms, getting second-hand stoned.

“Exposure to second-hand marijuana smoke leads to cannabinoid metabolites in bodily fluids, and people experience psychoactive effects after such exposure,” the study determined.

Perhaps the only difference between a second-hand toke and an actual one is the time it takes to get out of your system. Typically, one-time smokers require a five- to eight-hour time frame to ensure a negative drug test, but it was estimated that second-hand THC could stay in the body anywhere between 24 to 48 hours.

Regardless, having to wait any amount of time could prove troublesome for those finding themselves as a surprise guest at a good, old-fashioned hot-box.

How to Quickly Get it Out of Your System

If you do happen to fall victim to the dreaded “second hand toke,” not all is lost. Fortunately, there are a few different ways to get it out of your system quickly and efficiently.

For starters (if this isn’t already painfully obvious), if you haven’t left the room yet, do so immediately. The less secondhand smoke the better. If for whatever reason this is impossible, get some much-needed ventilation in the room. According to a separate study, second hand smokers placed in a “hot box” scenario felt slight impairments and tested positive for THC in the urine. On the other hand, non-smokers placed in a well-ventilated area boasted significantly lower levels of the cannabis component altogether.

“Those in the ventilated condition had much lower levels of THC in their blood, did not feel impaired or high, and did not test positive for THC in their urine,” the study concluded.

Granted, these types of measures are more preventative than anything else. If it’s already too late, the best thing to do is just wait it out. Unfortunately, a hotbox-type scenario can cause small traces of THC to show up in the urine 22 hours post-exposure. You can always try to reschedule any upcoming drug tests for a day later, but this isn’t always realistic.  Instead, try to drink as many fluids as possible. Water (Ideally, around 2-3 liters) and/or electrolyte-heavy beverages like Gatorade or Pedialyte will flush out your system and expedite the process.

Vitamin B is another option. Unlike water and other fluids, this doesn’t fully flush the THC out of your system, but it does mask it. And considering you didn’t actually take a hit of marijuana, you should be fine. You can pick up Vitamin B-2 or B-12 at your local drugstore. Take 50-100mg of either supplement a few hours before your test for the best results. Of course, it also doesn’t hurt to combine all of said methods just to be safe.

Can An Accidental Second-Hand Toke Make You Fail A Drug Test?

The basis of the research study was to better understand the public health risks associated with cannabis, as Canada is set to legalize recreational marijuana in July 2018. The study suggests sanctions that closely mirror pre-existing tobacco regulations in Canada.

“Alignment of tobacco and marijuana smoking bylaws, with a coherent policy approach to exposure to smoke of any kind, may result in the most effective public policies,” the report suggested. “For example, bylaws forbidding smoking in indoor spaces such as bars and nightclubs and in shared outdoor spaces such as beaches or parks should be considered.”

This report contradicts previous studies that determined it is highly difficult to pass a drug test by simply being around people smoking. However, those findings don’t necessarily take into account the aforementioned areas of poor ventilation.

The latest study did admit, however, that more research was necessary to determine the long-term effects of second-hand smoke. But for those who may worry about potential short-term repercussions, make sure you check out the different ways to pass a drug test.

What Happens If I You Fail A Drug Test