Does Cocaine Make You Lose Weight? 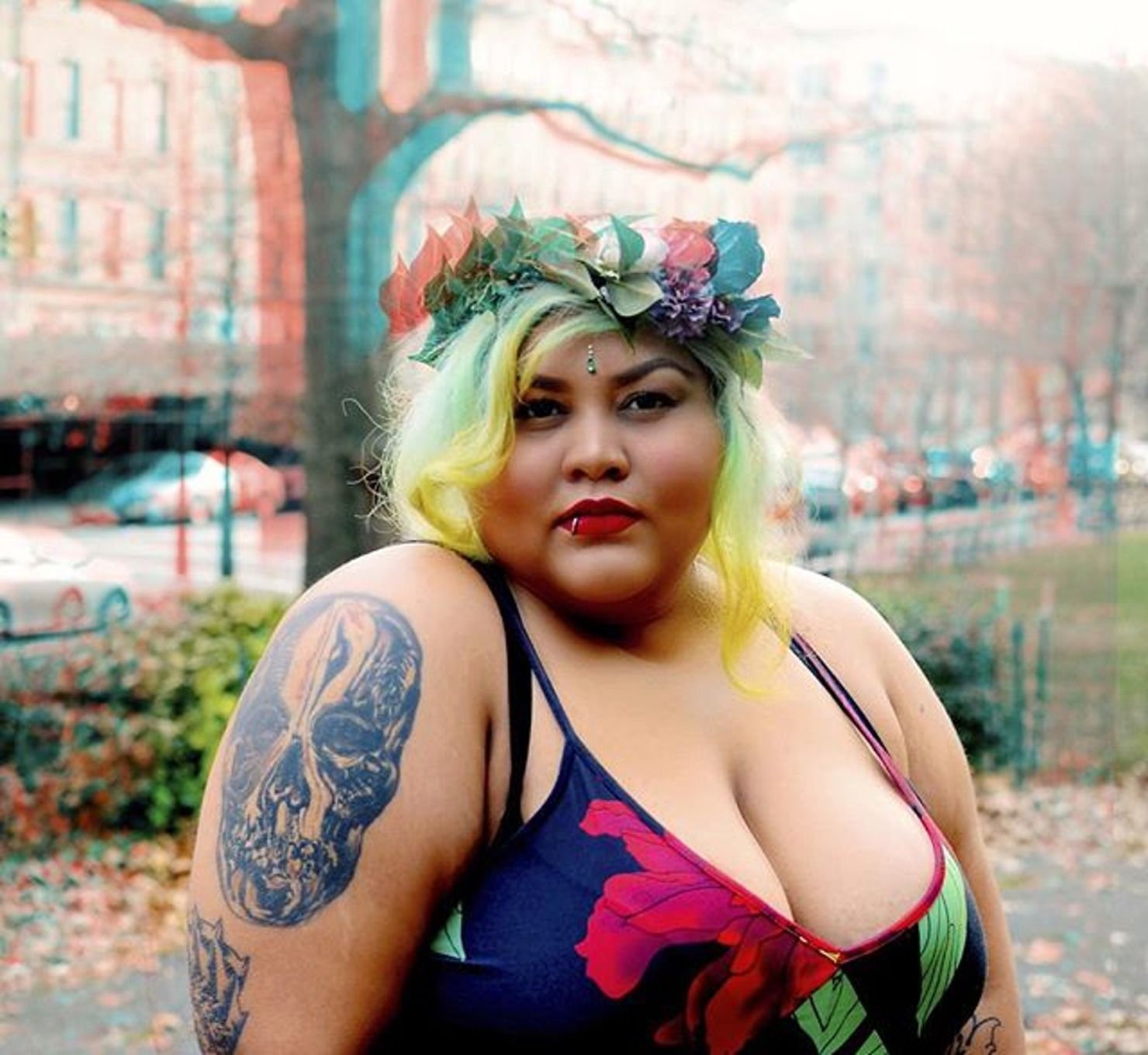 For thousands of years, many indigenous groups in the Andean region have chewed coca leaves to produce a mild, stimulating effect and reduce hunger. This traditional use continues today.

Scientists isolated cocaine from coca leaves in the 1850s and until the early 20th century, this new “wonder drug” could be found in many medicines and popular health tonics, including Coca-Cola. It was legal until 1914 when the US government effectively outlawed it and it became an illegal drug through the Harrison Narcotics Act.

Cocaine is a strong central nervous system stimulant that affects the way the brain processes dopamine, a naturally produced neurotransmitter that is associated with regulating pleasure, movement, and other functions.

Cocaine interferes with the brain’s reabsorption (removal) of dopamine, prolonging dopamine’s action, which produces a variety of effects. Cocaine works almost immediately, but its effect ultimately leads to a depletion of dopamine resulting in a “crash”. Many users deal with this feeling by using more cocaine, which creates a cycle of use and withdrawal.

Immediately after cocaine use, users will exhibit the following physical symptoms:

How Is Cocaine Metabolized in the Body?

Cocaine is metabolized by enzymes in the liver and blood. Its main metabolite present in urine is benzoylecgonine, followed by ecgonine methyl ester.

Benzoylecgonine can be detected in urine for up to 4 days, depending on how often someone uses, their metabolism, and the dose. Benzoylecgonine is the main cocaine metabolite used in drug testing because it has a urine concentration 50 to 100 times greater than the concentration of cocaine.

What factors affect how long cocaine stays in your system?

While the above gives some indication as to how long it’s possible for cocaine to stay in your system, this can vary depending on a number of different factors, including:

Does Cocaine Make You Lose Weight?

According to a new study long-term cocaine use can cause profound metabolic changes that reduces the body’s ability to store fat, keeping users lean, but setting them up for potentially dramatic weight gain during recovery, new research reveals. This findings challenge  previously  held assumptions that cocaine use leads to weight loss through appetite suppression. Rather, they suggest a profound metabolic alteration that needs to be taken into account during treatment.

Side Effects of Cocaine Use For Weight Loss

Long-term abuse of cocaine can cause a myriad of physical problems. Sometimes, it is possible to reverse the damage done to the body through cocaine or crack cocaine abuse; however, years of abuse may cause irreversible effects. Treating chronic problems leads to a lifetime of medical complications, hospital and doctor visits, and medical bills. In this article we have listed the likely side effects of cocaine use to control weight they include;

Long-Term Effects of Cocaine Use on the Heart

Cardiovascular damage: Immediate side effects from cocaine and crack cocaine include elevated blood pressure, rapid heartbeat, and vasoconstriction in the brain and throughout the body. This reflects the person’s experience of high energy, anxiety, stress, and paranoia.  Heart attack is the leading cause of death among people who abuse cocaine. One report shows it accounts for 25 percent of deaths among people ages 18-45 who have abused cocaine or crack cocaine.

Long-Term Effects of Cocaine Use on the Sinuses

Damage to the nose and mouth: Snorting cocaine causes direct damage to the mucous membranes in the nose. With drier environments and less blood flow, the soft tissues in the nose will become damaged and eventually die. This will expose the cartilage lining between nasal cavities, which is the septum. Once the septal cartilage is exposed, it too will die, creating a hole. Many people who struggle with cocaine abuse develop septal perforations, which can cause a collapse of the nose structure, and, eventually, breathing problems. Sometimes, this issue can be corrected with plastic surgery but not always. A similar process can occur in the upper palate of the mouth. Palatal perforations are not as common as septal perforations, but they can occur through long-term abuse.

Long-Term Effects of Cocaine Use on the Respiratory System

Respiratory problems and pulmonary damage: Snorting cocaine can cause mucous membrane damage through the sinus cavity, leading to the throat and upper respiratory system; however, smoking crack cocaine is more likely to cause serious respiratory problems. Blood vessels in the lungs constrict; alveolar walls are destroyed so oxygen does not enter the bloodstream as well; and capillaries that carry oxygen to the rest of the body can be destroyed. Chronic cough, higher risk of infections like pneumonia and tuberculosis, acute respiratory distress, asthma, and pulmonary edema are all associated with freebasing cocaine.

Long-Term Effects of Cocaine Use on the Brain

Negative Effects on the Brain: Consistent constricting of blood vessels can reduce the amount of oxygen the brain receives, which can cause brain damage. It also increases the risk of aneurysm due to damage to the vascular walls feeding the brain.

Long-Term Effects of Cocaine Use on the Gastrointestinal Tract

Gastrointestinal damage: With reduced blood flow throughout the body, several organ systems can be indirectly damaged over time, including the stomach and intestines. Short-term side effects from cocaine abuse include stomach pain, reduced appetite, nausea, vomiting, and constipation; over time, these side effects will become more permanent, indicating necrotic bowel or death of important tissues in the gastrointestinal system. People who struggle with cocaine abuse are also more likely to get ulcers due to changes in the pH of the stomach. In addition, cocaine abuse can lead to the development of ischemic colitis, which is inflammation and injury of the large intestine; this can cause serious digestive problems and even lead to death.

Liver damage: Long-term cocaine abuse means higher risk of overdose, and cocaine overdose can lead to liver injury, as the body is flooded with toxins that the liver cannot filter out. While most damage to the liver resolves if the person recovers from the overdose or if they get help ending their cocaine addiction, there have been instances of death due to acute liver damage. Chronic liver damage is less likely, unless the person mixed cocaine and alcohol, which can cause the liver to produce cocaethylene, which increases the depressive effects of alcohol, increases aggression, stresses the heart, and damages the liver.

Kidney damage: Chronic cocaine abuse can damage the kidneys in two ways. First, permanently increased blood pressure leads to kidney damage due to loss of blood flow. While many organ systems are damaged through lack of oxygen and high blood pressure, the kidneys are especially susceptible. Second, long-term cocaine abuse causes rhabdomyolysis, or the destruction of skeletal muscles; as these muscles die, toxins are released into the body, and they flood the liver and kidneys. Kidney failure is a late-stage result of rhabdomyolysis.

Cocaine Effects on the Immune System

Infectious diseases: People who struggle with cocaine and crack cocaine addiction are more likely to contract several infectious diseases, including HIV and hepatitis. Sometimes, this is because of needle-sharing; however, more often, the intense stimulant contributes to poor decision-making, increased risk-taking, and enhanced sexual drive, which can lead to risky sexual encounters. Additionally, cocaine abuse impairs the immune system, so diseases spread rapidly through the body. Harm Reduction Read :How To Stop Your Nose From Running After Doing Coke