Does Certo Work To Pass A Drug Test For Probation? 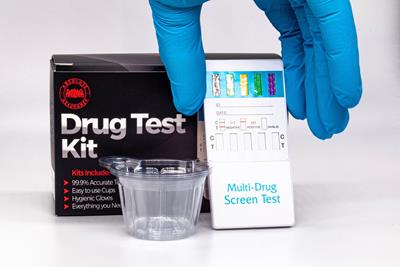 Drug testing determines the presence or absence of specified parent drugs or their metabolites. A drug test specifically looks for the presence of one or more illegal or prescription drugs. Urine testing is the most common type of drug screening. Drug screening is used to find out whether or not a person has taken a certain drug or drugs.

There are many situations where an individual may be required to provide a drug or alcohol test to fulfill a legal requirement that they are or will remain free from illegal substance use or alcohol abuse. With probation drug testing, a drug court, probation officer, or parole officer may require drug testing if it’s uncertain that an individual will maintain their sobriety, as a part of a criminal sentencing agreement. Drug and alcohol testing are also utilized in legal battles involving child custody, divorce cases, and in DUI or DWI cases.

Court-ordered drug and alcohol testing for probation is standard with federal probation, county probation, and drug courts across the United States. Probation drug testing started back in the 1960s as a part of treatment programs and aid in identifying heroin users in need of treatment and then monitoring their progress. Since then, pretrial programs have inquired about drug and alcohol use in their interviews of defendants, believing that such information is useful to judicial officers when determining conditions of release.

Probation drug and alcohol evaluation programs vary across the United States. Programs often depend on your history, compliance with any requirements or terms, and trust with your probation officer; all of which will help determine how often they’ll drug test you. If there is any suspicion of your activity, a parole officer may elect to drug test you every time you come in.

If you are facing probation, it’s essential to refrain from any drug use if you are convicted of a crime. Probation is usually the result of a plea deal. The court may see a reason to grant you a second chance. A probation officer must make sure you are successfully sticking to those guidelines and don’t return to the system. It’s essential to be upfront and honest with your parole officer and comply with any requirements they impose. If you develop a trusting relationship and are honestly trying to reform, the office and courts must help, not hinder. 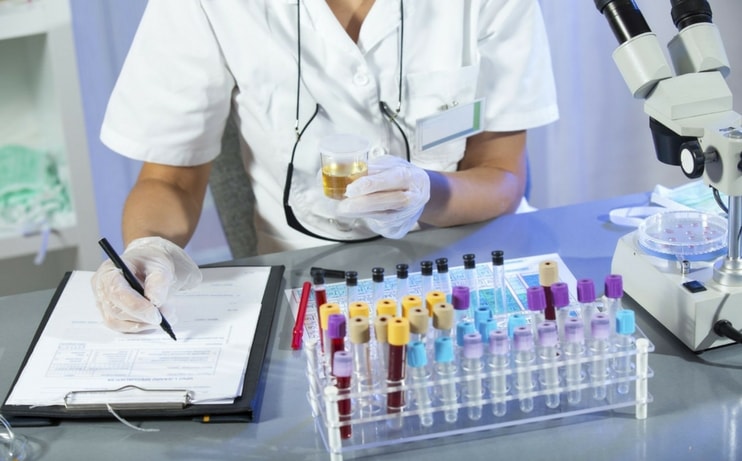 What Tests are Used for Probation Drug Testing?

Probation drug and alcohol tests will vary depending on the regulations of each state or county. Also, court-ordered drug testing sometimes hinges on the severity of the offense and the drug user’s history with misuse. In the case of probation drug testing, the probation officer may decide how often to drug test an individual based on the history of that person to maintain sobriety. If you are or someone you know is legally required to submit to drug testing, you might be wondering what kind of drug tests that courts use.

An individual’s probation officer will provide guidance on what test you should order, or in most cases will require an individual to take a specific testing panel. Courts most often use urine, hair, breath, or blood to screen for drug and alcohol use. The most frequently used probation drug tests are:

Many of these ‘expanded opiates’ are abused to achieve a heroin-like, euphoric high.

Individuals that have problems with the law are often required by courts to have random drug and alcohol testing. Court-ordered testing may be conducted randomly or on a scheduled basis. Typically, probationary testing is conducted at random to prevent the probationer from preparing for the test by flushing their system, substituting a sample, or planning to adulterate the specimen. In many situations, a mix of both random and regular testing is most effective.

‘Certo’ is a generic name for Fruit Pectin with the trademark held by Kraft. The company also has another brand called ‘Sure Jell’ which is the same thing as Certo but with different packaging. Certo has been available in the United States for over 100 years but has only recently become associated with detox.

Fruit pectin is a naturally occurring polysaccharide in fruits and is extracted from sweet fruits such as peaches, pears, apples, and berries. All polysaccharides consist of long-chain monosaccharides and they are a digestible fiber. You will typically find fruit pectin in jellies and jams because of its ability to gel things together. As it is a highly soluble fiber, it does a good job of detoxifying your system. It is excreted through the system via your feces.

How Certo or Fruit Pectin Can Help Detox Your System

One of the main misconceptions about Certo is that it traps toxins by coating your stomach. In reality, it works as a typical fiber by enabling your body to absorb and expel the toxins via your fecal matter. As it forms into a gel, it absorbs more liquids than ‘normal’ fibers. As toxins that normally leave your system via urine end up in your stools, Certo is theoretically a great way to pass a urine drug test.

For instance, here’s a more detailed explanation of how Certo detoxes your system. Fruit pectin traps the toxins and breaks them down into smaller metabolites that are easier to remove. The process typically takes 60 minutes and can last for 3-5 hours in total. Eventually, the toxins are released and leave the body via your urine.

Certo is high in fiber and carbohydrates. Therefore, this results in an insulin boost in healthy adults which causes the body to store calories for energy rather than using them. The body also burns or metabolizes fat for energy. When fat-soluble toxins are released from the fat cells, they end up back in the bloodstream, saliva, urine, and other fluids. The fast-acting carbs in Certo cause an insulin spike which prevents fat burning for a short period and shuffles the herbal detoxing minerals and nutrients in the concoction.

Finally, Certo absorbs the toxins that are naturally released from the body via stools, urine, and other body fluids. Toxins find it easier to leave the body via fluids but Certo’s fiber absorbs the fluids in your intestines and stomach and this action results in toxin release via solids. Unlike other ‘quick fix’ detoxes, you have to begin the Certo plan 24 hours before the test.

Although products to defraud drug use screening tests are widely available, they are NOT full proof. The only way to be sure that you’re going to pass a drug test is not to have drugs or alcohol in your system. With some drugs, including marijuana, a residue may show in drug tests for weeks.

The moment you take a drug (snort, smoke, or swallow it), your body begins to break it down. In the process, metabolites, or byproducts, of the drug are produced, which can linger in our blood, urine (and even in our hair) for long after the initial effects of the drug are felt. Traces of these metabolites are what drug testers look for, since they’re a good indication that someone has actually used a drug rather than merely come into accidental contact with it. And while hair-based drug tests are fairly accurate, tests of blood and urine are simply unable to detect the vast majority of drugs, so long as you haven’t used for about a week.

Here’s information on how long drugs and alcohol may show up on a drug test: