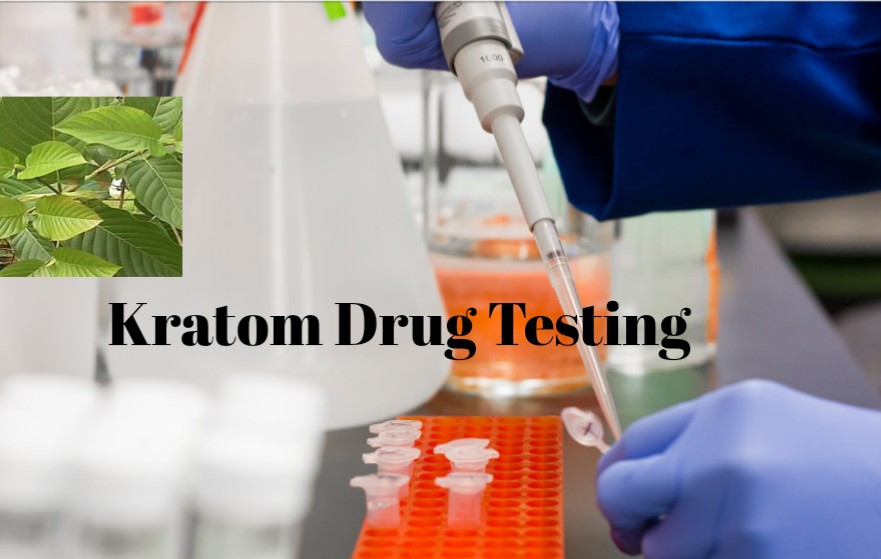 also known as drug screening  involves the use of specialized techniques, kits, machines and procedures for the detection of one or more illegal and/or prescribed substances in the urine, blood, saliva, hair, or sweat. Drug abuse screening usually involves an initial screening test followed by a second test that identifies and/or confirms the presence of a drug or drugs. In general, testing detects substances not usually found in the human body, with the exception of certain hormones and steroids measured as part of sports testing.

Kratom (also known as Mitragyna speciosa) is a tree from Indonesia whose leaves produce a psychoactive effect. The leaf of the kratom tree is known to produce a full spectrum of typical opioid effects which can range from stimulation to sedation, and even both in some cases. As a recreational drug, the leaves are chewed or drank as a tea to elevate mood (as a euphoriant) and enhance physical endurance. Kratom contains a chemical called mitragynine. Mitragynine works like opioid drugs such as codeine and morphine to relieve pain.

Short-Term Effects Of Kratom Use

Because of the unique mix of chemicals in kratom, the short-term effects of the drug are complex and variable. The balance between stimulant-like and opiate-like effects depends on the dose taken, and different users have reported significantly different experiences with the drug even when taking the same dose.

At a low dose (1-5 g) of kratom, stimulant-like effects predominate. These are felt within 10 minutes and last for 60 to 90 minutes. While reports by users indicate that most people find these effects pleasant, some users experience an uncomfortable sense of anxiety and agitation. The primary stimulant-like effects of kratom are similar to amphetamine, though less intense, and include:

Moderate to high doses (5-15 g) of kratom have primarily opioid-like effects that last for several hours. The euphoric “high” induced by the drug is reportedly less intense than other opioid drugs, and some users describe the experience as unpleasant, or dysphoric. Other opiate-like effects include:

Doses of kratom greater that 15 g have effects similar to high doses of opioids, including extreme sedation and a loss of consciousness in some cases.

There are several side effects associated with kratom use that range in severity from inconvenient to dangerous. Like the sought-after effects listed above, it’s side effects are dependent on the dose taken and are similar to those found both for stimulant drugs and opiates, including:

• Tremors or loss of motor coordination.

Serious toxic effects appear to be rare among reports by users and healthcare providers, but there is little information available to estimate the true danger of kratom use. Most serious toxic reactions have been associated with high doses of kratom (>15 g) and have been characterized by seizures.

The hazards of kratom use appear to be especially high in the case of “Krypton,” which is an herbal product marketed as an especially potent form of kratom. Krypton is actually a combination of kratom and O-desmethyltramadol, a chemical otherwise encountered as a metabolite of the pain medication tramadol (Ultram). This combination increases the depressive effects on the central nervous system, and Krypton use has been blamed for several deaths in Sweden.

Judging by research done on chronic, high-dose kratom users in Thailand, there are several unusual long-term effects of this drug such as:

However, the available evidence does not suggest that long-term kratom use damages organs or other parts of the body. People often wonder how long kratom stays in the system when they are considering stopping their kratom use. Someone who is dependent on kratom and wants to stop using the substance may be worried about the withdrawal effects and when they will begin. Also, someone might wonder how long kratom stays in their system if they are going to be drug tested, although kratom doesn’t show up in many traditional drug tests.

Since there hasn’t been a lot of research done on kratom, the half-life isn’t completely understood. It’s only been studied in-depth in animals. However, based on the research conducted thus far, it’s believed that the primary alkaloid found in kratom, mitragynine, has a half-life of around 23.24 hours.

Based on that information, it would take around a full day for someone to eliminate 50% of the kratom in their body. It would take just over five days for kratom to be fully cleared from the system, based on this half-life information.

Based on current research, the fastest half-life of kratom alkaloids could be just over two hours, which would put full elimination at around a half day. However, on the slower end of the half-life spectrum, it could take around nine days for all of the kratom to be eliminated from a person’s system.

There is evidence suggesting that someone who has used kratom less frequently or uses lower doses would eliminate the substance more quickly than long-term or habitual users.

The effects of Kratom usually begin around 10 to 15 minutes after using the drug. The effects of a small dose of kratom can last for around two hours, and with higher doses, effects may last as long as eight hours.  Kratom urine testing kits can quantitatively detect presence of Mitragyninen the active ingredient in Kratom using advanced liquid chromatography ( tandem mass spectrometry (LC-MS/MS) to provide definitive test results. However, kratom does not  show up on many standard drug tests like the Substance Abuse and Mental Health Services Administration SAMHSA-5, but there are some kratom alkaloids that can be detectable on certain drug tests, such as urine or blood tests.

Can Kratom Make You Fail a Drug Test?

Alabama, Arkansas, Indiana, Tennessee, Vermont, Wisconsin and the District of Columbia have all banned kratom This means that you can fail a drug test for kratom if you use the plant and you are tested in this places for the presence of Mitragyninen.

Does Alcohol Show Up in a Drug Test?
Does Kratom Show Up On A Drug TestKratom Drug Test
July 29, 2018 Family & Community HealthDr OtorkpaLeave a comment