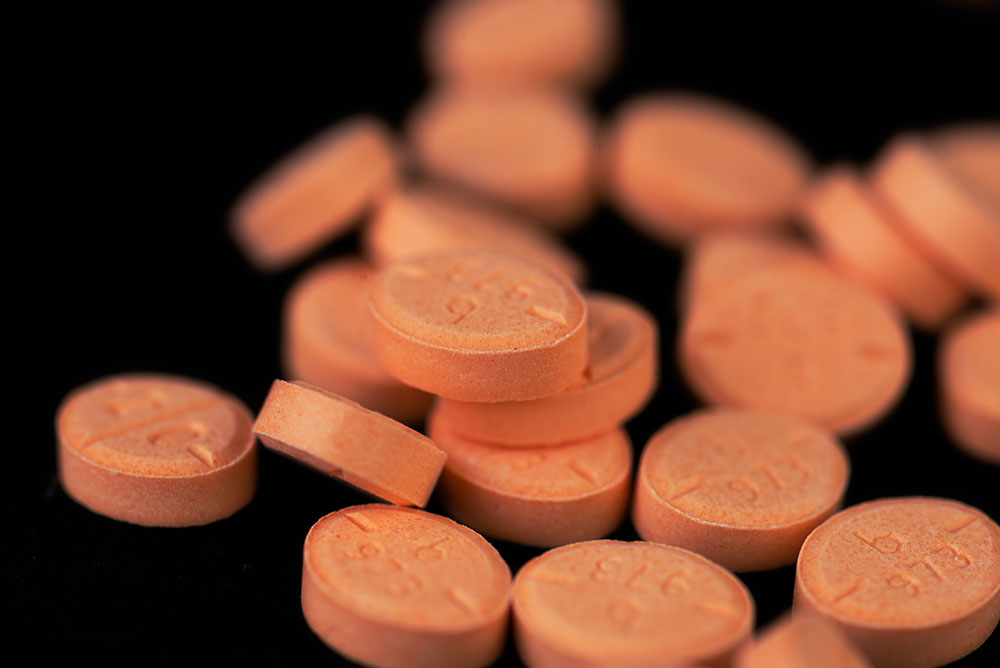 Adderall is a prescription medication that contains two drugs: amphetamine and dextroamphetamine. It belongs to a class of medications called stimulants. It’s most commonly used to treat attention-deficit hyperactivity disorder (ADHD). It’s also used to treat narcolepsy. Adderall is considered a first-choice treatment option for ADHD. Studies show that it improves attention and focus, and reduces impulsive behaviors. Between 75 percent and 80 percent of children with ADHD will see improved symptoms with the use of stimulants such as Adderall. Adderall is also effective for increasing daytime wakefulness in people with narcolepsy, although there is little related research available.

Is Adderall a controlled substance?

Yes, Adderall is a controlled substance. This means that it can cause psychological or physical dependence and has the potential for abuse and misuse. The government has created special regulations that determine how controlled substances are prescribed and dispensed. These regulations also require that you get a new prescription from your doctor for each refill.

Adderall oral tablet and Adderall XR extended-release oral capsule are both available in generic forms. The generic name for the drug in both the tablet and the capsule is amphetamine/dextroamphetamine salts. Generic drugs usually cost less than the brand-name version. In some cases, the brand-name drug and the generic version may be available in different forms and strengths.

There are specific risks associated with snorting amphetamine drugs. Users who snort the drug tend to take more Adderall than those who take the drug in oral form, which means that they may develop a tolerance or dependence more quickly. Inhaling the drug through your nostrils can damage the membrane that lines your respiratory tract, making you more vulnerable to illness and airborne infections. Extended abuse of this amphetamine may even damage the internal structures of your nose and sinuses.

Because Adderall acts much more quickly when it’s snorted, you’ll experience the impact of its effects almost immediately. Adderall XR, a drug that’s intended to last all day when you take it in prescribed doses, is even more potent than Adderall and can cause more severe side effects, such as a high fever, toxic shock, and sudden death.

Psychosis is one of the potential side effects of Adderall abuse. During a psychotic episode, you might see or hear things that aren’t real or have severe misconceptions about reality. You might become extremely agitated or violent, even to people you care about. When amphetamines enter your blood too quickly, you’re more likely to experience unpleasant, disturbing, or frightening misperceptions.

Although Adderall can initially make you feel smarter, sharper, and more productive, you may experience a physical and emotional crash when the drug wears off. The Georgetown Independent warns that the intensity of the high you experience when you snort Adderall could be followed by an equally intense episode of exhaustion and depression. If you’ve been running on Adderall for days, the effects of sleeplessness and excessive activity will eventually catch up with you, harming your health and making it even harder to concentrate on work or school.

It may take a while to realize that snorting Adderall is endangering your life, especially if you’re taking the drug with a prescription, or your family supports your use of the medication. You might not even know that you have a problem until you become aware that you’ve been snorting larger doses of the amphetamine than you did in the past. A lot of young students are unaware of the risks of Adderall and believe that because it’s manufactured in legal laboratories and prescribed by doctors, snorting it must be safer than snorting cocaine or meth.

How to Tell if You Have a Problem With Adderall

Whether you’re taking an amphetamine under medical supervision or you use medications like Adderall recreationally without a prescription, you might not discover that you have a problem until the drug has seriously undermined your health. Here are a few signs that you may be headed in a dangerous direction with Adderall:

Even if you’ve only been misusing drugs for a short period of time, it’s not too soon to reach out for help. Recreational use of amphetamine-based medications can quickly snowball into addiction.

How Extended Adderall Use Affects the Brain

Stimulants increase concentration and energy levels while decreasing the need for sleep and suppressing the appetite. Adderall increases the activity of several neurotransmitters, such as serotonin, norepinephrine, and especially dopamine. Over time, the changes in dopamine activity can impact our brain’s reward center, and alter our ability to experience pleasure without the chemical support of continued amphetamine use. The more often Adderall is taken, the more ingrained these changes become. A tolerance to the drug may form, and more Adderall may be needed at each dose in order to feel the same desired effects.

As Adderall leaves the bloodstream, withdrawal symptoms and drug cravings may occur, indicating a physical and emotional dependence on the drug. The way in which Adderall is abused, along with the amount and duration of abuse can affect the dependence level to the drug. Crushing the pills and then injecting or snorting them, for example, sends the drug into the brain more rapidly than ingesting them whole and having them enter the bloodstream via the digestive tract. As a result, injecting or snorting the crushed pills increases the chances for a life-threatening overdose and the potential for addiction. Addiction is a disease that affects each person individually, and environmental and biological factors may also play a role in its onset.

Someone who is dependent on Adderall may have trouble sleeping and concentrating, notice a lack of motivation, and feel depressed, irritable, lethargic, or fatigued when it is removed from the body. Abusing amphetamines like Adderall may raise the risk of aggression and suicidal thoughts, according to ABC News. For someone who has been abusing Adderall for an extended period of time, the emotional aspect of withdrawal may be the most noticeable side effect. The natural production of dopamine is reduced, causing low moods and trouble feeling pleasure without the drug.