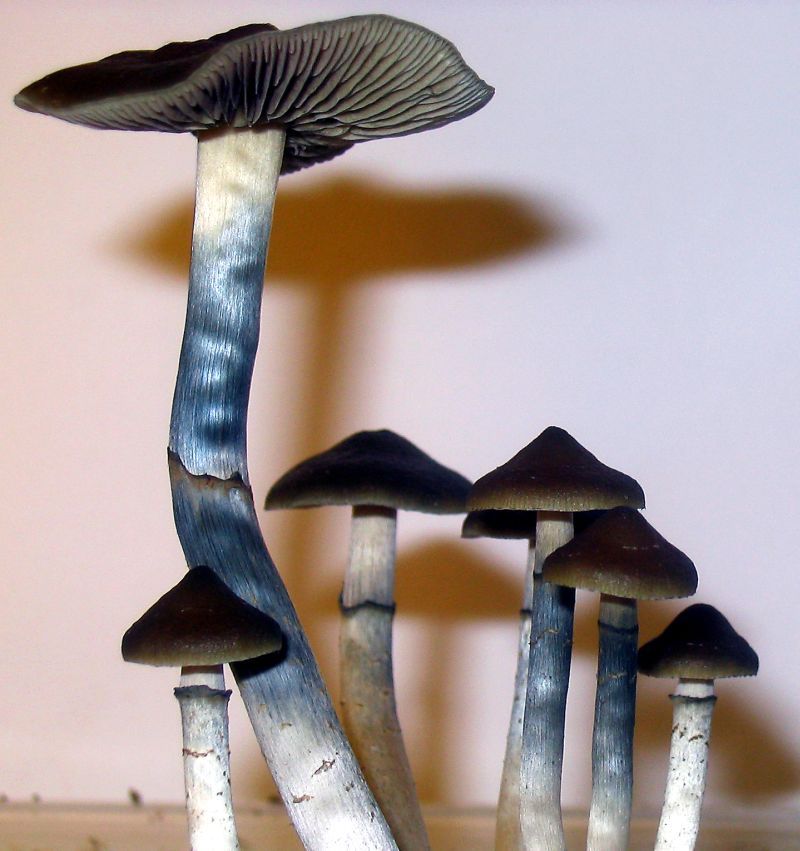 Blue Meanies Mushroom (Panaeolus cyanescens) or Copelandia cyanescens are sometimes referred to is a psychedelic mushroom a strain of Psilocybe cubensis. However these mushrooms are different in a few ways. For one, these are the first species of mushroom that isn’t part of the Psilocybe genus, but instead, Panaeolus. They contain naturally-occurring psychoactive and hallucinogenic compound. In fact, these shroomies are some of the strongest in the world, with two to three times the amount of psilocybin and psilocin than cubensis.

Blue Meanies Mushroom prefer to live in dung in pastures and fields in warmer, subtropical climates. Therefore, they can be found in the states of Hawaii, Louisiana, Texas, and Mississippi, but they can also be found in the Caribbean (including Jamaica, Bermuda, and Trinidad), Costa Rica, Mexico, South America, and even Australia, Africa (including South Africa and Madagascar), Thailand, Japan, New Zealand, and Europe (including France and Spain). Panaeolus cyanescens is very similar to Panaeolus tropicalis, which also contains psilocybin and grows in similar dung-loving environments.

Hallucinogens work in other regions of the brain that regulate arousal and panic responses. Psilocybin does not always cause active visual or auditory hallucinations. Instead, it distorts how some people that use the drug perceive objects and people already in their environment. The quantity of the drug, past experiences, and expectations of how the experience will take shape can all impact the effects of psilocybin.

After the gut ingests and absorbs psilocybin, the body converts it to psilocyn. The hallucinogenic effects of psilocybin usually occur within 30 minutes of ingestion and last between 4 and 6 hours. In some individuals, the changes in sensory perception and thought patterns can last for several days.

Does Blue Meanies Mushroom have any medicinal Use?

Blue Meanies Mushroom is the strongest in the world, with two to three times the amount of psilocybin and psilocin. Psilocybin, the active ingredient found in “magic” mushrooms, or “shrooms,” is a powerful psychedelic. Despite being about 100 times less potent than LSD, it’s capable of altering perception of space and time, causing visual distortions, euphoria, and mystical experiences. Unlike marijuana, which has seen a dramatic shift both in terms of support of legalization and recognized therapeutic uses, or MDMA, which has grabbed headlines in recent years for its potential to treat PTSD (some researchers believe the drug could see Food and Drug Administration approval as soon as 2021), psilocybin lacks the same degree of cultural cachet.

And one could be forgiven for thinking of “shrooms” as nothing more than a remnant of the excess of the psychedelic 1960s. But make no mistake: Psilocybin has a number of potential medical benefits.

What is the current state of psilocybin research?

Research has shown psilocybin to have potential to treat a range of psychiatric and behavioral disorders, although it’s yet to receive FDA approval for anything. Its potential indications include depression, obsessive-compulsive disorder, quitting smoking, alcohol addiction, cocaine addiction, cluster headaches, and cancer-related or other end-of-life psychological distress.

High-profile initiatives have also popped up in recent months in Denver, Colorado, and Oregon to decriminalize psilocybin mushrooms. Psilocybin mushrooms remain a Schedule I drug according to the Drug Enforcement Administration, meaning they’re classified as having “no currently accepted medical use and a high potential for abuse.” Other Schedule I drugs include marijuana, MDMA, and LSD.

What are the health risk associated with consuming or using blue meanies mushroom?

There are several health risk associated with the use of blue meanies mushroom, its high Psilocybin content affects the cardiovascular system and can lead to increased blood pressure or irregular heartbeat. It also has the potential to cause serious and permanent psychological problems. Psilocybin is a lot more psychologically dangerous than cannabis, and it’s especially dangerous for a small percentage of the population who have had an episode of psychosis or mania, manic episode, or even, say, a close family member whose had those problems, because it can trigger a psychosis or manic episode in a person who is vulnerable to that.

And there’s always the chance of a “bad trip,” or negative experience while taking the drug. There are rare but documented cases of individuals jumping to their deaths or otherwise behaving erratically in such a way that endangers themselves or those around them. SEE: Albino Penis Envy (APE) Mushroom