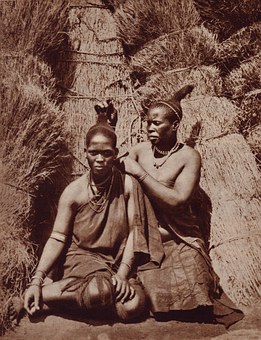 Nigeria is made up of at least 250 linguistic groups (which some describe as ethnic groups), of which 3 are major groups comprising over 60% of the total population. Although all of these groups share common major macro-culture and macro-traditions, each evolved its own micro-culture and micro-traditions in response to prevailing environmental circumstances. Not all cultural/traditional practices are bad however, some have stood the test of time and have positive values, others are uncertain and negatively harmful.

Traditional and Cultural Practices in Nigeria that are Public health Disasters

This painful procedure involves using heated objects such as stones, iron, or bricks to pound and flatten the chest of young girls approaching puberty to mask the protrusion of the breasts. This medieval practice, which is native to Cameroon and border communities in Nigeria is a harmful practice that is of public health concern, Around 4 million women around the world are affected by this practice according to the United Nations.

“Akamu” otherwise known as pap is a staple food in most homes in Nigeria and West Africa. This semi-solid food is usually made from corn or millet and introduced to babies as they approach weaning. However, some of these children reject this alternative and most times refuse to eat.

To solve this problem many parents have resorted to inverted force-feeding a violent and deadly feeding practice for a solution.

Step 1: Inverting and restricting the child in between the legs

Step 2: Closing the nostrils which force the child to cry and breath through the mouth

Step 3: Forcing food through the mouth which compels the child to swallow the pap involuntarily as he/she gasps for air.

According to the World health organization (WHO), Female genital mutilation (FGM) are intentional procedures that alter or cause injury to the female genital organs for non-medical reasons. This practice of female circumcision is prevalent in southern Nigeria and is carried out mainly during festivities that mark the passage of young girls into adulthood, the procedure is carried out using un-sterilized blades and instruments which severe the clitoris or other parts of the vagina. Globally, around 132 million girls and women are affected.

The practice of giving out female children immediately after they attain menarche (start monthly menstrual circle) is a huge public health challenge especially in Northern Nigeria. This is because the pelvis of many of these girls is not ripe for the challenges of marriage and childbearing. Many of these children end up with Vesico Vigina Fistulas (VVF) which results in their being divorced or abandoned by the very men who took away their innocence.

Available data show that Nigeria has the highest prevalence rate of VVF in the world, with 400,000 to 800,000 women living with the condition. Annually over 20,000 new cases are recorded and 90 percent of these remain untreated. SEE: Importance Of Waist Beads In Love Making

The human body dead or alive is a huge reservoir of microorganisms, dead bodies from morgues contain even deadlier organisms due to the nature of the environment and contamination from other decomposing bodies.

The practice of drinking water used in bathing a corpse to prove innocence is a public health calamity that has been preserved in South-Eastern Nigeria for centuries.

Many of those killed by drinking this water died as a result of the disease-causing organisms present in the water and not because they were guilty of killing the deceased yet despite advances in civilization these practice has remained. SEE: Adoption Agencies In Abuja Nigeria.