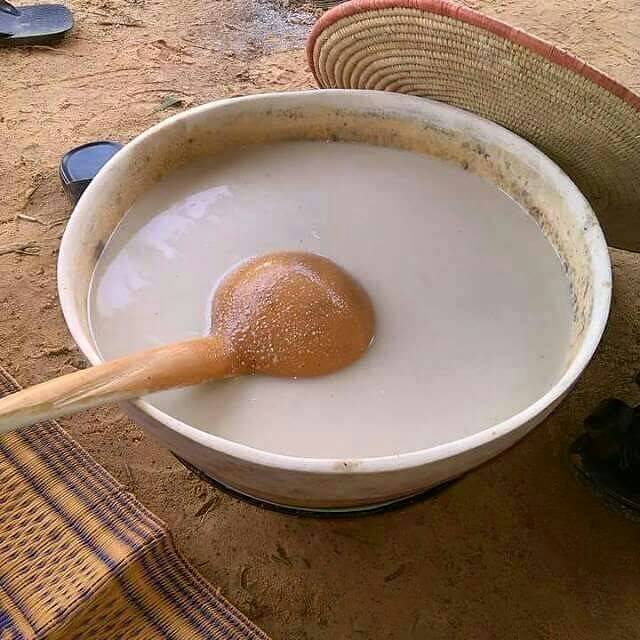 Fura da nono is a popular African cold gruel produced and consumed mostly in the northern part of Nigeria. The meaning of Fura de nunu in English is simply milk and millet gruel. Fura da Nono as the Hausas call it or Fura de nunu as the majority of Nigerians choose to refer to it, is a very healthy and satisfying food. Nono or Nunu is a local yogurt with thick lumps produced from the fermentation of cow milk. Nono is obtained from the fermented milk after the separation of the milk from its lipid component known as Man shanu (Cow oil).

The art of nono production is one of the many unique traditions the Fulani have preserved for centuries, the history of fura de nunu will be incomplete without them. Selling Nono, sometimes with Fura balls is a common trade of most young Fulani ladies who hawk this special drink from place to place in calabashes often during the heat of the day.

As a healthy Nigerian food, Fura is made from millet a gluten free grain with lots of minerals and vitamins. Millet is also part of our body’s ecological foods as it acts as a probiotic to feed important microflora in our inner ecosystem. In addition, the Millet floor from which Fura is made contains vital nutrients such as Magnesium, Calcium, Manganese, Tryptophan, Phosphorus, Fiber, B vitamins, and Antioxidants. The nono yogurt component of Fura is loaded with vitamins and minerals that support vital physiological processes in the body these include Vitamin B 5, Vitamin B 12, potassium, phosphorous, riboflavin, iodine, and zinc. 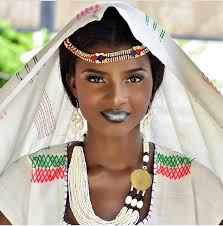 Reduce the Effects of Migraines and Heart attacks

Millet from which fura is made can help reduce the effects of migraines and heart attacks due to the presence of magnesium. Although oats have been widely publicized for their heart-protective properties, millet is a grain that should also be included on your list of heart-healthy choices because of its status as a good source of magnesium. Magnesium has been shown in studies to reduce the severity of asthma and to reduce the frequency of migraine attacks. Magnesium has also been shown to lower high blood pressure and reduce the risk of heart attack, especially in people with atherosclerosis or diabetic heart disease.

Fura da nono helps in fat metabolism, repair of body tissue, and creation of energy in the body due to the presence of phosphorus in the crop. The phosphorus provided by millet plays a role in the structure of every cell in the body. In addition to its role in forming the mineral matrix of bone, phosphorus is an essential component of numerous other life-critical compounds including adenosine triphosphate or ATP, the molecule that is the energy currency of the body. Phosphorus is an important component of nucleic acids, the building blocks of the genetic code. In addition, the metabolism of lipids (fats) relies on phosphorus, and phosphorus is an essential component of lipid-containing structures such as cell membranes and nervous system structures.

Lowering of Cholesterol in the body (vitamin b3).

Fura is a very rich source of vitamin B3 which helps in the lowering of cholesterol in the body. It has a neutralizing effect on free radicals, which can otherwise cause cancer. It also detoxes the kidney and liver, deficiency can cause a condition called pellagra, which causes skin irritation, diarrhea, and dementia. Pellagra was common in the early twentieth century. Having enough niacin, or vitamin B3, in the body is important for general good health. As a treatment, higher amounts of niacin can improve cholesterol levels and lower cardiovascular risks.

Eating foods high in insoluble fiber, like fura da nono, can help women avoid gallstones, according to a study published in the American Journal of Gastroenterology. Studying the overall fiber intake and types of fiber consumed over a 16 year period by over 69,000 women in the Nurses Health Study, researchers found that those consuming the most fiber overall (both soluble and insoluble) had a 13% lower risk of developing gallstones compared to women consuming the fewest fiber-rich foods. Those eating the most foods rich in insoluble fiber gained even more protection against gallstones: a 17% lower risk compared to women eating the least. And the protection was dose-related; a 5-gram increase in insoluble fiber intake dropped risk dropped 10%.

Researchers think insoluble fiber not only speeds intestinal transit time (how quickly food moves through the intestines) but reduces the secretion of bile acids (excessive amounts contribute to gallstone formation), increases insulin sensitivity, and lowers triglycerides (blood fats). Abundant in all whole grains, insoluble fiber is also found in nuts and the edible skin of fruits and vegetables including tomatoes, cucumbers, many squash, apples, berries, and pears. In addition, beans provide insoluble as well as soluble fiber.

Fura helps reduce the risk of having type 2 diabetes

Fura da Nono and other whole grains are a rich source of magnesium, a mineral that acts as a co-factor for more than 300 enzymes, including enzymes involved in the body’s use of glucose and insulin secretion. The FDA permits foods that contain at least 51% whole grains by weight (and are also low in fat, saturated fat, and cholesterol) to display a health claim stating consumption is linked to a lower risk of heart disease and certain cancers. Now, research suggests regular consumption of whole grains also reduces the risk of type 2 diabetes. In the 8-year trial, involving 41,186 participants of the Black Women’s Health Study, research data confirmed inverse associations between magnesium, calcium, and major food sources in relation to type 2 diabetes that had already been reported in predominantly white populations.

The risk of type 2 diabetes was 31% lower in black women who frequently ate whole grains compared to those eating the least of these magnesium-rich foods. When the women’s dietary consumption of magnesium was considered by itself, a beneficial, but lesser—19%—reduction in risk of type 2 diabetes was found, indicating that whole grains offer special benefits in promoting healthy blood sugar control. Daily consumption of low-fat dairy foods was also helpful, lowering the risk of type 2 diabetes by 13%. Enjoy a hearty breakfast and get the benefits of both millet and dairy by serving a hot bowl of millet topped with low-fat milk and your favorite dried fruit, nuts, or seeds. Also See: Health Benefit Of Zobo Drink

Fura da nono is a good source of fiber, when researchers looked at how much fiber 35,972 participants in the UK Women’s Cohort Study ate, they found a diet rich in fiber from whole grains, such as millet and fruit offered significant protection against breast cancer for pre-menopausal women. (Cade JE, Burley VJ, et al., International Journal of Epidemiology).

Nunu or Nono Yogurt is one of the most popular fermented dairy products in the world, it has been eaten for thousands of years and is frequently used as part of a meal or snack, as well as a component of desserts. The recommended intake of protein is 0.80 grams of protein per kilogram of body weight per day for a healthy person. Protein provides four calories per gram of protein. Thus, the more grams of protein a fura yogurt provides, the more calories the yogurt will have. Nono Yogurt is a complete protein or high quality since it provides all of the essential amino acids that our body requires. Meat, other milk products, cheese, and eggs are also complete proteins.

Fura da nono can also help improve diet quality and nutrient intake. According to a study published in the European Journal of Nutrition in 2018, people who eat yogurt may have a higher diet quality and nutrient intake, in general. In the study, researchers found that children who ate yogurt had higher intakes of vitamins and minerals, most notably calcium, iodine, and riboflavin. Eating yogurt was also associated with lower blood pressure and more well-managed blood sugar levels over a period of time.

Yogurt such as nono can give you flat abs.

Today it’s not just bodybuilders who focus on the protein in their diet. Mainstream consumers are looking for protein-enriched foods to help them manage their weight and build or maintain lean muscle mass. High-protein yoghurt has become a very popular protein product worldwide and the focus on consuming the right amount of proteins has never been more important. High protein yoghurt such as nono or nunu,  a core component of fura is a great way to meet the demand for more protein. Yogurt such as nono can give you flat abs. According to research conducted by the University of Tennessee, Knoxville. According to the study, people who consume 18 ounces of yogurt daily can lose their belly fat easily. This is because the fat around the waist produces the hormone cortisol which signals the accumulation of fat around the waist region.

The Alkaline nature of Fura de nunu helps to promote digestion and prevents constipation. Alkaline eating helps the body maintain healthy pH levels which improve digestion, skin tone, and mood as well as weight loss. Claims as to the benefits of an alkaline Food like fura da nono are not new. Pioneered by an American biologist Dr. Robert Young, the theory is that the digestive process causes foods to become either alkaline or acidic, as measured by their pH levels. Alkaline eating maintains that while alkaline forming foods help the body maintain healthy pH levels, too much acidity does the opposite. Sticking to an alkaline diet can help with weight loss and bloating as well as improve digestion, skin tone, and mood. An acid based diet is blamed for diseases such as osteoporosis, heart problems, back pain, and kidney stones.

Nono Yogurt is an excellent  Source Of Probiotics

Nono Yogurt is an excellent source of probiotics that help crowd out harmful microorganisms that can cause intestinal infections. Probiotics are live bacteria and yeasts that are good for you, especially your digestive system. We usually think of these as germs that cause diseases. But your body is full of bacteria, both good and bad. Probiotics are often called “good” or “helpful” bacteria because they help keep your gut healthy. Also see: Health Benefits Of Masa

Hygiene and Fura: Side effects of Fura de Nunu

Fura has no known side effects. However, hygiene is a serious issue when it comes to fura and it is very common to come down with typhoid fever after consuming an un-hygienically prepared fura de nono contaminated by Salmonella. Other microorganisms such as Escherichia coli and Campylobacter can also contaminate nono during the milking process. The most common source of contamination comes from feces and other intestinal content.

This is one of the questions that inspired this article. Most Yoghurt Habib inclusive can make you add weight if you make these two mistakes.

Effects and Benefits of Fura da Nono During Pregnancy