Will I Lose Weight When They Remove Ovarian Cyst? 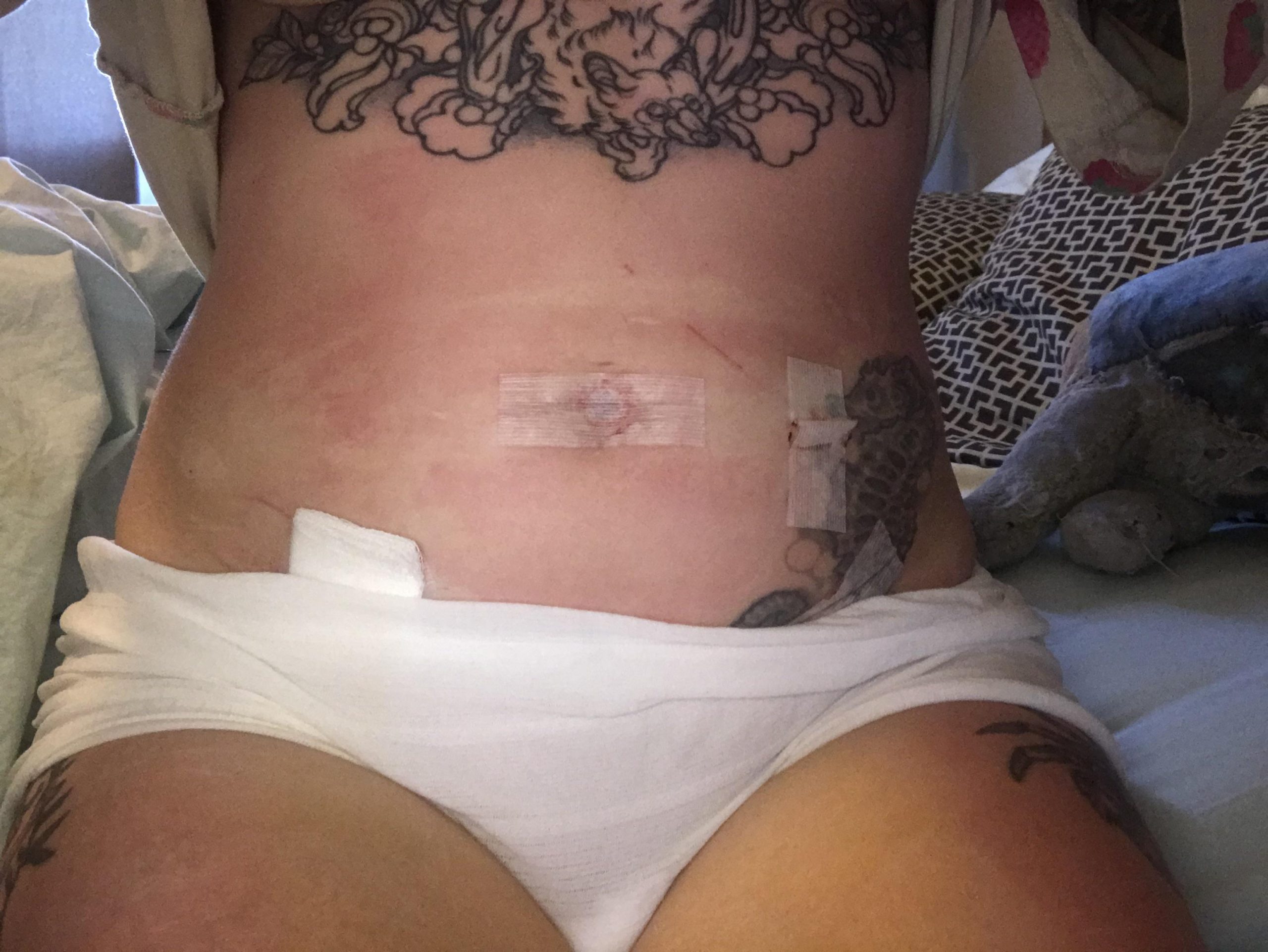 An ovarian cyst is a sac filled with fluid or semi-solid material that forms on or within one of the ovaries. The ovaries are small organs in the pelvis that make female hormones and hold egg cells.

There are different types of cysts, many of which are normal and harmless (benign). Functional cysts, which are not disease-related, occur as a result of ovulation (the release of an egg from the ovary). Functional cysts generally shrink over time, usually within 60 days, without specific treatment.

Functional ovarian cysts, which are relatively common, should not be confused with other types of cysts that are disease-related. Conditions such as polycystic ovary syndrome and ovarian cancer also involve growths in the ovaries. Tell your healthcare provider if you have any of the symptoms listed in the symptoms section. He or she can determine the type of cyst you have.

Most ovarian cysts are benign and naturally go away on their own without treatment. These cysts cause little if any, symptoms. But in a rare case, your doctor may detect a cancerous cystic ovarian mass during a routine examination.

Ovarian torsion is another rare complication of ovarian cysts. This is when a large cyst causes an ovary to twist or move from its original position. The blood supply to the ovary is cut off, and if not treated, it can cause damage or death to the ovarian tissue. Although uncommon, ovarian torsion accounts for nearly 3 percent of emergency gynecologic surgeries.

Ruptured cysts, which are also rare, can cause intense pain and internal bleeding. This complication increases your risk of an infection and can be life-threatening if left untreated.

Symptoms of an ovarian cyst

Most times, ovarian cysts do not cause any symptoms. However, symptoms can appear as the cyst grows. Some cysts are hormone-secreting cysts, which can impact several parts of your health including your weight. PCOS (polycystic ovary syndrome) can also cause metabolic issues, which can lead to weight gain. Other symptoms may include:

Severe symptoms of an ovarian cyst that require immediate medical attention include:

These symptoms can indicate a ruptured cyst or an ovarian torsion. Both complications can have serious consequences if not treated early.

How do they remove a cyst from your ovaries?

Your doctor can detect an ovarian cyst during a routine pelvic examination. They may notice swelling on one of your ovaries and order an ultrasound test to confirm the presence of a cyst.

If there aren’t any changes in your condition or if the cyst increases in size, your doctor will request additional tests to determine other causes of your symptoms. If your doctor determines that the ovarian cyst needs to be removed, a health care team will counsel you on the risks and benefits of surgery, as well as what to expect during recovery. An ovarian cyst can be removed by:

During this procedure, they will insert a laparoscope (a tool with a camera attached) through a small incision (cut) in your lower abdomen. Your surgeon will remove your cysts and then stitch up the incision. They may send the removed tissue to a lab to make sure the cyst is not cancerous.

Approximately 95 percent of ovarian cyst removals are performed via laparoscopic surgery. Doctors use this surgery most often because it allows us to remove cysts up to 20 centimeters (about the length of a pencil) long through a tiny incision. After you wake up from the anesthesia, you will be able to go home the same day. However, you will need someone to drive you home from the procedure.

Occasionally, doctors may need to remove large cysts (larger than 20 centimeters) via open surgery. During this procedure, your surgeon will cut a larger incision through your abdomen, which will require a longer recovery time. If you have open surgery, you will have to stay in the hospital for one or two nights.

If you’ve had laparoscopic surgery, your incision (cut) will leave a small scar between five and 12 millimeters long. Open procedures that require a larger incision are made at the bikini line to make it easier to hide.

Will I Lose Weight When They Remove Ovarian Cyst?

Yes, you will lose weight when they remove your ovarian cyst especially when the cyst is the result of a hormonal imbalance. The removal will result in a drastic weight loss as the hormonal balance is restored. Apart from the loss of weight gained, ovarian cysts sometimes cause you to feel bloated or swollen in your lower abdomen, especially on the side where you have the cyst. You might also experience a feeling of pressure or heaviness in the swollen area. This can also be eased by the removal of the cyst.

After the removal of the cyst, it will take up to 2 weeks to fully heal. Physical activity will be limited during this time. Sex will need to be avoided. Ask for help with daily activities and delay your return to work.

Call the doctor if you are not getting better or you have:

If you think you have an emergency, call for medical help right away.