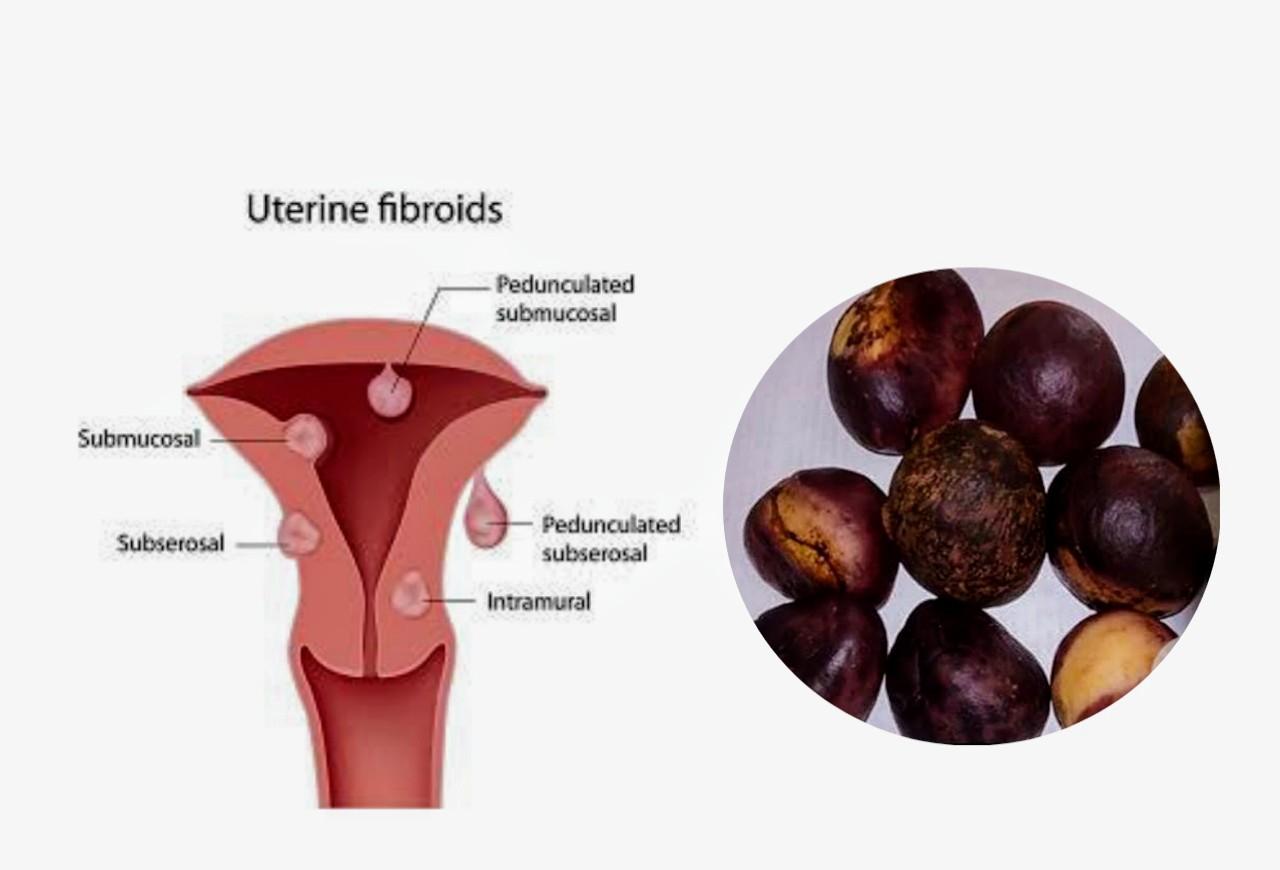 Buchholzia popularly known as Wonderful kola is a plant easily recognized by the compound pinnate leaves and the long narrow angular fruits containing large, usually aligned seeds. In Nigeria, B Coricea is a perennial plant which grows as a tree.

The plant belongs to the family capparaceae and its local names include “Uwuro” (Yoruba), “esson bossi” (Central Africa), “Uke” (ibo) the plant has various common names including “Ovu (Bini), and Aponmu (Akure). The plant parts commonly eaten are the seeds which are either cooked or eaten raw.

Fibroids are abnormal growths that develop in or on a woman’s uterus. Sometimes these tumors become quite large and cause severe abdominal pain and heavy periods. In other cases, they cause no signs or symptoms at all. The growths are typically benign, or noncancerous. The cause of fibroids is unknown.

Fibroids are also known by the following names:

Subserosal fibroids form on the outside of your uterus, which is called the serosa. They may grow large enough to make your womb appear bigger on one side.

Subserosal tumors can develop a stem, a slender base that supports the tumor. When they do, they’re known as pedunculated fibroids.

These types of tumors develop in the middle muscle layer, or myometrium, of your uterus. Submucosal tumors aren’t as common as the other types.

Who is at risk for fibroids?

Women are at greater risk for developing fibroids if they have one or more of the following risk factors:

What are the symptoms of fibroids?

Your symptoms will depend on the number of tumors you have as well as their location and size. For instance, submucosal fibroids may cause heavy menstrual bleeding and trouble conceiving.

If your tumor is very small or you’re going through menopause, you may not have any symptoms. Fibroids may shrink during and after menopause. This is because women undergoing menopause are experiencing a drop in their levels of estrogen and progesterone, hormones that stimulate fibroid growth.

Symptoms of fibroids may include:

Some people may be interested in trying herbal remedies to melt, shrink  or remove fibroids and ease the pain. Anecdotal evidence suggests that some women grind and ferment pieces of wonderful kola, neem bark, the root, and leaves as a remedy for fibroid. However, there are no scientific evidence to support the usefulness of this plant as a remedy or treatment for fibroid.

A 2013 Cochrane review analyzed previous research on the use of common herbal remedies to treat fibroids and their symptoms. The researchers concluded that the quality of the data in the reviewed studies was insufficient to support the use of these herbal remedies. Also Read Can Wonderful Kola Abort Pregnancy?

How to Effectively Remove Fibroids

When fibroids cause pain, and medication does not work, a person may consider surgery. Doctors may recommend one of the following surgical procedures:

How To Use Pawpaw Leaf To Shrink Fibroid
wonderful kola and fibroid
March 1, 2021 Women's HealthPublic HealthComments Off on Can Wonderful Kola Shrink or Remove Fibroid?