What is the Street Price of Xanax 2mg Pills? 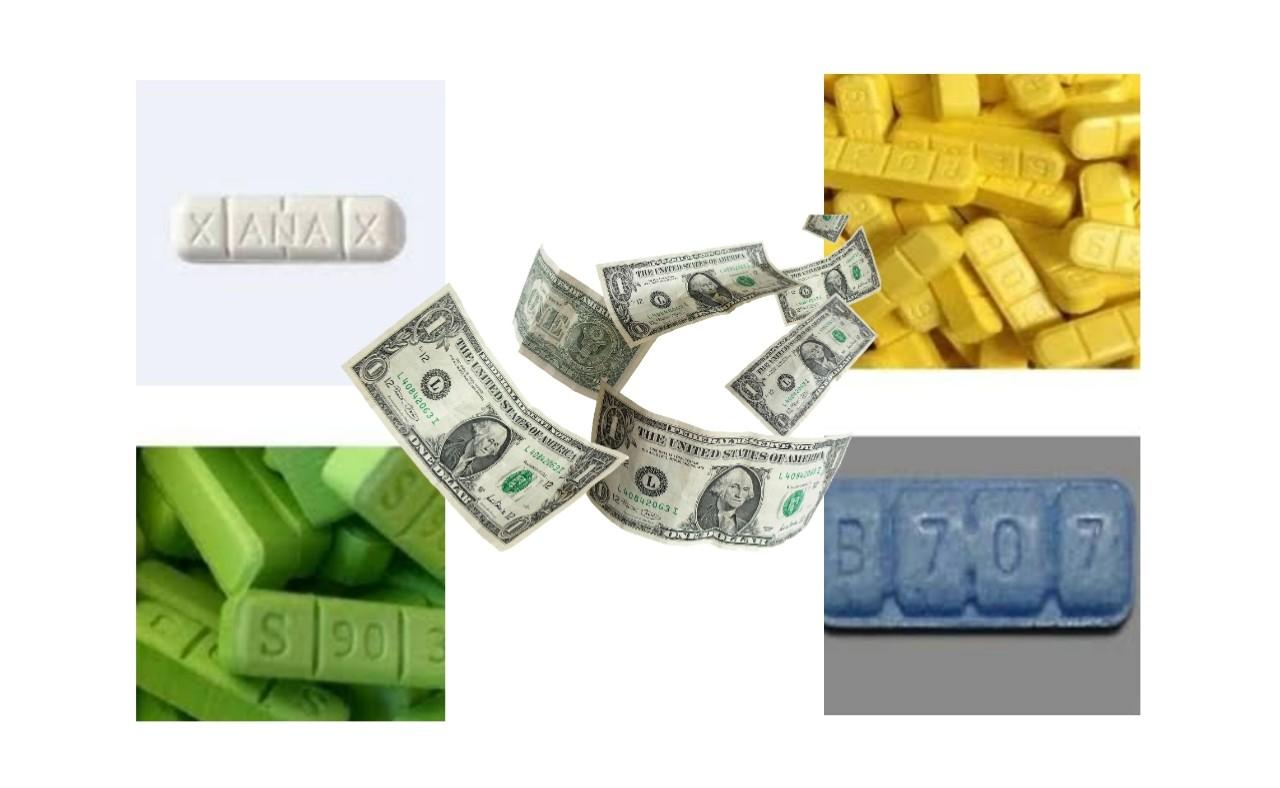 Xanax is the number one prescribed psychiatric medication in the United States. Seventy percent of teens with a Xanax addiction get the drug from their family’s medicine cabinet. Tolerance to Xanax develops quickly, requiring the user to take more of the drug to achieve the desired effects.

Someone with a Xanax addiction may take up to 20 to 30 pills per day. If the user decides to stop taking Xanax, they may experience withdrawal effects, such as anxiety, restlessness, insomnia, and tremors. The onset of withdrawal symptoms is a sign that a physical dependence has developed. The development of tolerance and withdrawal are indications of addiction.

Apart from the Pfizer 2mg Xanax pills, there are several generic brands of Xanax 2mg they include:

There are also other brands like the Tempus Pharma Xanax and others without imprints.

Xanax is abused by many people. Those addicted to Xanax sometimes take it with other substances, like alcohol. This is done in order to achieve the desired relaxing and euphoric effect, but it can be extremely dangerous and potentially fatal. When depressants such as Xanax are mixed with other central nervous system (CNS) depressants, like alcohol, the CNS becomes severely depressed. The central nervous system is the subconscious part of the body that works to regulate breathing and heart rates, and if it becomes too depressed it has the potential to stop or “forget” to function altogether.

This can result in someone struggling to breathe or stopping breathing and in a dangerously slowed heart rate. Mixing Xanax with other drugs, or taking it in larger doses than recommended, can also increase the risk of accidents, like car crashes, due to decreased response time.

Xanax addiction is a widely-spread problem. According to a 2011 report, 60,200 individuals who went through drug addiction treatment were addicted to benzodiazepines, like Xanax. Although addiction to Xanax can happen relatively quickly, sometimes it can be difficult to recognize due to its subtle signs. This can cause varying degrees of personal loss. When someone becomes addicted, the addictive substance hijacks the reward system of their brain and causes them to compulsively seek out and use more of that substance. This happens because each time someone misuses a drug like Xanax that causes relaxation and euphoria, the brain associates using the drug with a positive outcome. Once a physical dependence on the drug is formed the brain has become so used to operating with the drug in its system that it becomes increasingly difficult for it to operate without it. If someone is addicted to Xanax, they may exhibit the following: trouble maintaining personal relationships, difficulties following through on social or work commitments, and possibly financial issues.

How does Xanax get to the Streets?

Many of the pills being paraded as Xanax on the streets are most times counterfeit versions of the product containing varying concentrations of fentanyl, a very lethal substance that has resulted in the death of thousands. Fentanyl is similar to morphine but is 50 to 100 times more potent.

Another source of street Xanax is prescription drug “diversion,” defined as the unlawful channeling of regulated pharmaceuticals from legal sources to the illicit marketplace, which has been widespread for decades. The Drug Enforcement Administration (DEA) has estimated that prescription drug diversion is a $25 billion-a-year industry, and that diversion can occur along all points in the drug delivery process, from the original manufacturing site to the wholesale distributor, the physician’s office, the retail pharmacy, or the patient.

What is the street price of Xanax 2mg?

Generally, the street price of drugs rises steeply as they move down the distribution chain from point of importation. When illegal drugs are seized by police or a drug law-enforcement agency, the officers or agents determine the street value of the drugs. Street value is the total income that drug traffickers would make if each gram were sold at the price currently being offered on the street. The street value then determines the significance of the seizure. In other words, a major drug seizure is one that has a very high street value.

On the street, brand-name benzodiazepines such as Pfizer Xanax cost around $5 to $10 per pill, they are worth much more than generics because they can be identified by photographs of brand-name benzodiazepines on the Internet or in reference books. In many cities, the general street value of the 2mg Xanax ranges from $3 to $7 depending on the quantity being purchased.

According to the DEA, many problems associated with drug abuse are the result of legitimately made controlled substances being diverted from their lawful purpose into illicit drug traffic. In most countries when it comes to the penalties for prescription drug possession and sales, unlawful possession or sale of prescription drugs is punished at the same level of severity as scheduled drugs like heroin, ecstasy, and cocaine. READ: How To Spot Fake Pressed Xanax bars