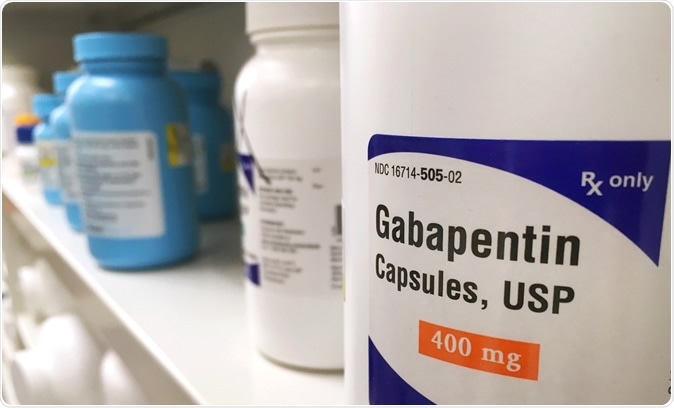 Neurontin, the brand name for the medication gabapentin, is most commonly used to treat epilepsy, restless leg syndrome, hot flashes, and neuropathic pain. It’s a fairly new drug, having been first introduced in 1993, and the generic version was introduced in 2004. As such, its uses, mechanism of action, and negative effects are still being studied. Gabapentin appears to be involved with the GABA neurotransmitter, but does not seem to affect the receptors manipulated by common drugs of abuse such as opioids and benzodiazepines. Due to this, it’s not commonly thought of as a drug of abuse and is not on the list of controlled substances in the United States.

However, it has properties that are similar to many commonly abused intoxicants and has been known to produce withdrawal symptoms and psychoactive effects known as Gabapentin High. This medication essentially functions as a mild tranquilizer, producing a euphoric high in some users that’s similar to the high produced by cannabis. It also typically creates feelings of calm and increased sociability. Its street names include morontin and gabbies, and it is most commonly used by polydrug users who mix it with other substances in order to increase the effects of the gabapentin or other intoxicant. They also may be misused by those attempting to reduce the symptoms of withdrawal from substances like alcohol.

The likelihood of Neurontin or gabapentin abuse to occur is considered low due to its low addictive potential. It does however produce withdrawal symptoms, which is an important aspect of physical addiction. The high produced by the drug could also create a psychological dependence, like any intoxicant. Treatment for addiction to gabapentin will likely be a more complex process than treating addiction to other substances due to the fact that the individual will likely be addicted to other intoxicants at the same time. However, like with any drug, recovery from addiction is always possible.

Gabapentin Use and Abuse

One of the first reports on gabapentin abuse came out in 2004. It was on a study that surveyed patients in a Florida correctional facility, which found that less than 20 percent of the gabapentin prescriptions given out were in the hands of people who had actually been prescribed the drug. Five of the inmates surveyed reported crushing the pills to snort them, with four of the five reporting a high similar to that of cocaine, and they all had histories of cocaine abuse. After that, gabapentin was removed from a number of correctional facilities as an acceptable medication to dispense to inmates.

Prescription drug abuse is defined as any use above and beyond that approved by the doctor. This includes taking the medication without a prescription or lying about symptoms in order to obtain a prescription. Of course, taking more than instructed is also abuse, and likely to lead to withdrawal symptoms when intake is stopped. There have been multiple cases of middle-age and elderly patients who were prescribed gabapentin for pain or mood disorders who also had histories of alcohol abuse. Due to the tolerance of a substance similar to gabapentin, they ended up taking much higher doses than prescribed and experienced considerable withdrawal symptoms after they were taken off the medication.

A police report from 2011 also found that gabapentin is increasingly being used as a cutting agent in heroin. The fact that this medication is unrestricted, and that it’s common for the dosage to be increased over time, means that it’s easy to obtain via legal prescriptions and then sold on the black market. If gabapentin goes the way of many other intoxicating prescription drugs, recreational use will likely increase until government agencies recognize the danger and begin placing restrictions on it. SEE: What is the Street Price of Xanax

If an individual is taking gabapentin with a prescription, then these side effects are not necessarily a sign of abuse or addiction, though side effects often become more likely the more one takes. Addiction itself comes with a number of general symptoms, and a few specific to prescription drugs. Common signs of prescription medication addiction include:

Lastly, withdrawal symptoms after stopping all use of a drug is an indication of addiction. This happens when a tolerance to the drug has developed, requiring a higher dose to achieve the same effect.

As tolerance continues to build, the brain further adjusts its own chemical output to compensate for the effects of the foreign substance. The higher the dose an individual adjusts to, the worse the withdrawal symptoms will be.

What is gabapentin street value?

Prescription drug abuse, while most prevalent in the US, is a problem in many areas around the world including Europe, Southern Africa and South Asia. In the US alone, more than 15 million people abuse prescription drugs. Many substances are discussed or sold illicitly under different drug street names. Gabapentin is one of them as the drug is known by the street names  “gabbies” or “johnnies.” The street value of Gabapentin 300mg ranges from 50 cents to $2 per pill, according to law-enforcement agencies familiar with the street trade of gabapentin. SEE: What is the Street Price of Adderall?

The Internet And the Street Price of Drugs

What is the Street Price of Adderall?