What Food To Eat To Increase Platelet Count 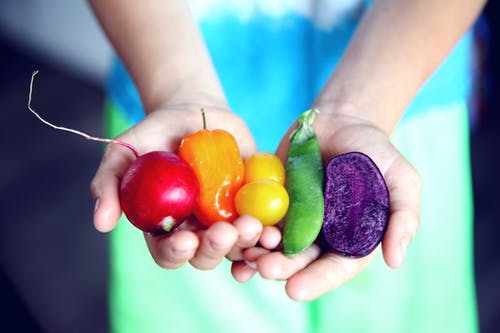 What Are Platelets In Blood?

Platelets, or thrombocytes, are small, colorless cell fragments in our blood that form clots and stop or prevent bleeding. Platelets are made in our bone marrow, the sponge-like tissue inside our bones. Bone marrow contains stem cells that develop into red blood cells, white blood cells, and platelets.

What Are Platelets Used For?

Platelets control bleeding in our bodies, so they can be essential to surviving surgeries such as organ transplant, as well as fighting cancer, chronic diseases, and traumatic injuries. Donor platelets are given to patients who don’t have enough of their own, a condition known as thrombocytopenia, or when a person’s platelets aren’t working correctly. Raising the patient’s blood platelet count reduces the risk of dangerous or even fatal bleeding.

A low platelet count occurs when: A person’s bone marrow is damaged and unable to make enough of its own platelets. This can be caused by certain cancers, such as Leukemia – and it can also be caused by cancer treatments.

Symptoms of low platelets include bruising easily and unusual bleeding, such as excessive bleeding from a small cut or blood in urine or stool.

What is a healthy platelet count?

A normal platelet count ranges from 150,000 to 450,000 platelets per microliter of blood. Having more than 450,000 platelets is a condition called thrombocytosis; having less than 150,000 is known as thrombocytopenia. You get your platelet number from a routine blood test called a complete blood count (CBC). WHO Recommendations On Blood Transfusion

What it means to have too few platelets (thrombocytopenia)

When you don’t have enough platelets, it’s called thrombocytopenia. Symptoms include easy bruising, and frequent bleeding from the gums, nose, or GI tract. Your platelet count drops when something is preventing your body from producing platelets.

What Food To Eat To Increase Platelet Count

Folate is an important B vitamin that is required for healthy blood cells. According to a study by the National Institute of Health, an average adult requires a minimum of 400 micrograms of folate daily, while a pregnant woman needs a minimum of 600 micrograms daily. Some of the food products that contain folate are given below:-

Vitamin D is an important nutrient that is essential for proper day to day functioning of bones, muscles, nerves, and immune system. According to researchers at Platelet Disorder Support Association, Vitamin D is an essential nutrient that plays a vital role in the function of bone marrow cells that in turn produce platelets and other blood cells.

Though the body can produce Vitamin D by itself, it doesn’t usually receive the desired amount of sunlight for fulfilling the daily requirements and needs for this important vitamin rises for especially those in the northern and polar regions of Earth.

Adults from 18 to 70 years of age need a minimum of 15 micrograms of Vitamin D daily to function properly, and most of these needs are completed by consuming food that contains Vitamin D. Some of these sources are given below:-

If you are a vegetarian, the following foods will help you gain these necessary ingredients:-

Vitamin K is an essential nutrient that facilitates blood clotting and bone health and hence important for those with low platelet count.

In a recent survey conducted by PDSA (Platelet Disorder Support Association), it was found that around 27% of the people who took Vitamin K reported an improvement in platelet counts and bleeding symptoms.

Some of the foods rich in Vitamin K that’ll help you increase your daily intake are given below:-

Iron is one of the essential nutrients for healthy red blood cells and platelets. Research carried out in the field of Anemia in the case of children suggests that iron might affect the platelet count in a positive way.

According to the National Instituteof Health (NIH) males over 18 and females over 50 require a daily intake of 8 milligrams of iron daily, while females aged 18 to 50 need 18mg and females during pregnancy need 27 mg.

Some iron-rich foods include:-

Vitamin B-12 plays an integral part in the production of red blood cells, it has been reported that low levels of Vitamin B12 also contributes to low platelet counts and hence National Institute of Health did some research and concluded that people aged above 14 years of age need 2.4 mcg of Vitamin B12 while pregnant breastfeeding women need 2.8 mcg of vitamin -12.

The animal-based rich sources of Vitamin B12 include:

Some daily use plant sources of Vitamin B12 are:-

Platelets are important blood cells that prevent the excess loss of blood and protect from the resulting ailments. It not only protects from excess bleeding and blood loss but also dangerous infections such as Dengue. One must take care of his/her platelet counts, and it is only recommended to control the low platelet count in preventable stages by consuming vitamin-rich food such as the one mentioned above.

Does Zobo Drink Give Blood

List Of Nigerian Food To Eat During Pregnancy
What Food To Eat To Increase Platelet Count
May 30, 2020 UncategorizedPublic HealthLeave a comment