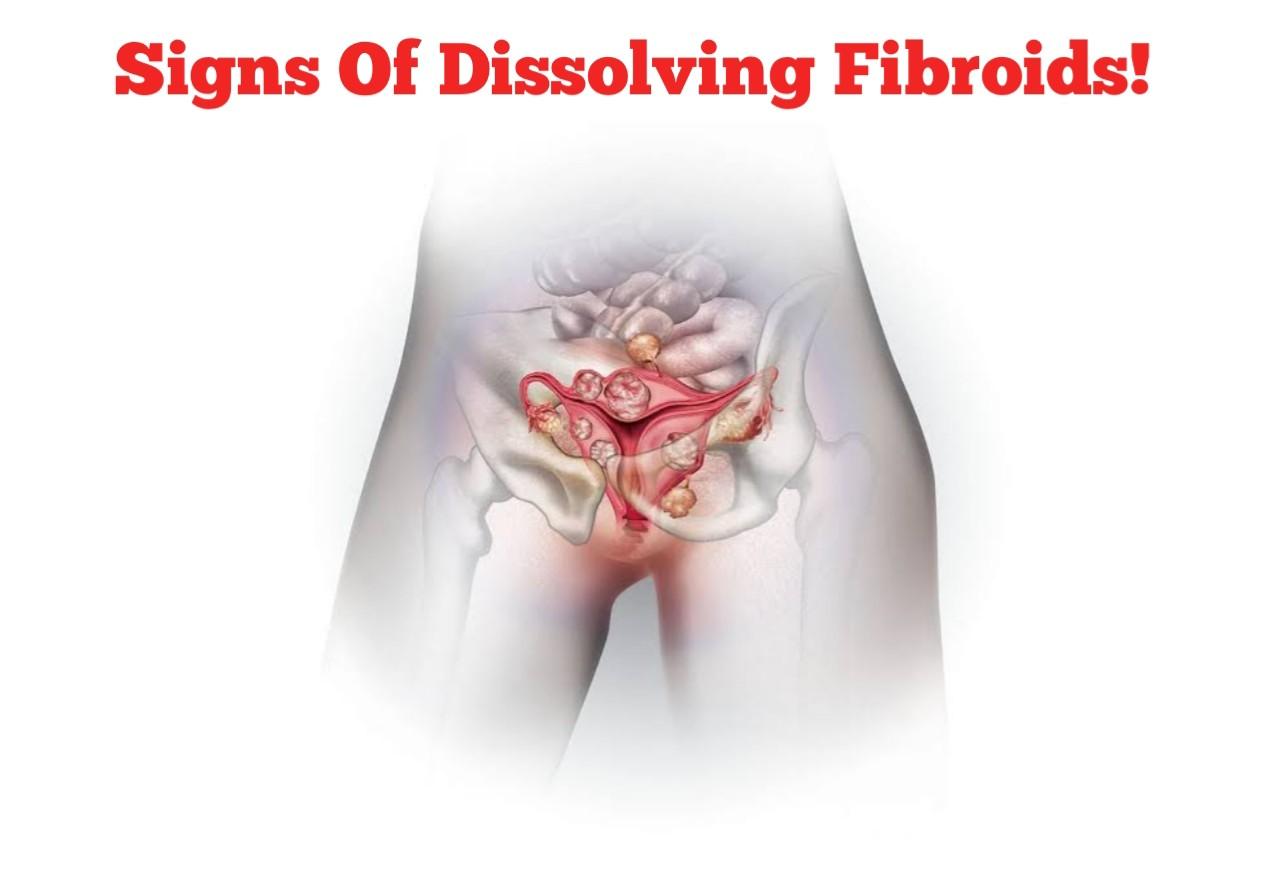 After enduring decades of being downplayed and pushed to the sidelines, women’s reproductive health has in recent years become the subject of louder public discuss. Periods are now openly celebrated in books and a board game, hit TV shows, and an Oscar-winning short film. But fibroids haven’t yet had their big cultural moment, despite a growing chorus of personalities.

Women play a critical role in maintaining the health of their families, however, when it comes to their own well-being, many suffer in silence while battling unique health concerns. Whether it’s recovery after having a baby, incontinence or autoimmune issues, women deal with conditions that are difficult to discuss.

According UCLA health fibroids are tumors made of smooth muscle cells and fibrous connective tissue. They develop in the uterus. It is estimated that 70 to 80 percent of women will develop fibroids in their lifetime. However, not everyone will develop symptoms or require treatment.

Along with the size and number of fibroids, the type can also affect treatment recommendations. The three main types of fibroids include:

Intramural fibroids: These fibroids develop in the muscular wall of the uterus.

Submucosal fibroids: These fibroids are uncommon. They can grow into the open space inside the uterus and may also include a stalk.

The cause of uterine fibroids is not known, although studies demonstrate there may be a genetic component. There is no definite external exposure that a woman can have that causes her to develop fibroids.

What are the symptoms of uterine fibroids?

Most women with fibroids will experience no symptoms at all. However, large or numerous fibroids can cause the following symptoms:

Who is at risk for uterine fibroids?

Various factors can increase the risk of developing fibroids:

Age: Fibroids become more common as women age, especially during their 30s and 40s and up to menopause. After menopause, fibroids are much less likely to form and usually shrink if they’re present.

Family history: Having a family member with fibroids increases your risk. If a woman’s mother had fibroids, her risk of having them is about three times higher than average.

Ethnic origin: African-American women are more likely to develop fibroids than other ethnicities.

Obesity: Women who are overweight are at higher risk for fibroids. For very heavy women, the risk is two to three times greater than average.

How are uterine fibroids diagnosed?

Fibroids are most often found during a physical exam. Your health care provider may feel a firm, irregular (often painless) lump during an abdominal or pelvic exam.

Scans can confirm a diagnosis. These tests are the two main options:

Ultrasound: Ultrasound is the most commonly used scan for fibroids. It uses sound waves to diagnose fibroids and involves frequencies (pitch) much higher than what you can hear. A doctor or technician places an ultrasound probe on the abdomen or inside the vagina to help scan the uterus and ovaries. It is quick, simple and generally accurate. However, it relies on the experience and skill of the doctor or technician to produce good results. Other tests such as MRI may be better for other conditions, such as adenomyosis.

MRI: This imaging test uses magnets and radio waves to produce images. It allows your provider to gain a road map of the size, number and location of the fibroids. We can also distinguish between fibroids and adenomyosis, which sometimes gets misdiagnosed. We use MRI to confirm a diagnosis and help determine which treatments are best for you. MRI may also provide a better option for related conditions such as adenomyosis.

Other tests for uterine fibroids

In special circumstances or if doctors can’t identify the source of your pain, you may need additional testing:

Hysterosalpingogram (HSG): Doctors typically use an HSG for women having trouble getting pregnant. It checks the inside of the uterus (uterine cavity) and fallopian tubes. After a doctor places a catheter (small tube) in the uterus, the doctor slowly injects a special dye for contrast and takes X-rays.

Hysterosonogram: Doctors use a hysterosonogram to see the inside of the uterus. After they place a small catheter inside the uterus, they inject water while taking a series of ultrasound images. The test can confirm the presence of uterine polyps or intracavitary fibroids that can cause heavy bleeding.

Laparoscopy: For laparoscopy, a doctor makes tiny incisions in or near the navel. The doctor then inserts a long, thin instrument (laparoscope) into the abdomen and pelvis. The laparoscope has a bright light and a camera. It allows your doctor to see the uterus and surrounding structures. The view can help your doctor determine if you have a condition such as endometriosis, which can cause pelvic pain.

Hysteroscopy: For suspected abnormalities inside the uterus, a doctor uses a long, thin instrument with a camera and light. The doctor passes the instrument through the vagina and cervix into the uterus. No incision is needed. The doctor can look for fibroids or endometrial polyps within the cavity of the uterus with this approach. Your doctor may also remove some types of fibroids during this procedure.

Green tea:  Contains several antioxidants. A study found that one of these, epigallocatechin gallate, may help slow the growth of fibroids by bringing down inflammation and high estrogen levels. Green tea may also improve symptoms of heavy bleeding due to fibroids, such as low iron.

Potassium: Food rich in potassium helps to counter the effects of salt to balance blood pressure. Add these potassium-rich foods to your daily diet:

Fiber: Fiber-rich foods aid weight loss and balance hormones. They also help to keep blood sugar levels steady. For these reasons, fiber may help prevent and slow the growth of fibroids. Add these whole foods to your diet.

Vitamin D:  May help reduce your risk of fibroids by almost 32 percent. Your body makes this “sunshine vitamin” naturally when your skin’s exposed to sunlight. If you have darker skin or live in cooler climates, you’re more likely to be deficient.

Milk: Adding dairy products such as yogurt and full-fat cheese to your diet. Dairy is rich in calcium, phosphorus, and magnesium. These minerals may help prevent fibroids and slow their growth. Fortified milk also contains vitamin D. Read: Can STC30 Cure Fibroids and Infertility?

What is Fibroid Degeneration?

Fibroids are composed of the same muscle as the uterus and are connected to the uterine artery by blood vessels. These blood vessels supply fibroids with the oxygenated blood they need to grow and survive, just like any other part of the body.

Though fibroid degeneration does decrease the size of fibroids, it cannot manage them long-term — a degenerated fibroid is likely to expand and degenerate again. Though many people with fibroids don’t experience symptoms on a daily basis, when fibroid degeneration starts, it can cause uncomfortable and disruptive symptoms, which is why it’s important to minimize how often it occurs.

For some women, a degenerating fibroid is what first draws attention to their fibroids. Common symptoms of fibroid degeneration include:

Bleeding during pregnancy, resulting from a type of degeneration called necrobiosis. In rare cases, the stalk of a fibroid growing inside the uterus can become twisted, blocking blood flow to the fibroid entirely. When this happens, symptoms last significantly longer than they would normally, and may require surgery. Consult your fibroid specialists who can provide support as soon as you notice potential symptoms.

It is important to note that scientific evidence has shown that supplements do not dissolve fibroids in a woman. Remember, everyone experiences fibroids differently — you may feel different symptoms than others, and that’s okay. ALSO READ: Can Ginger and Garlic Shrink or Remove Fibroid?