Can STC30 Cure Fibroids and Infertility? 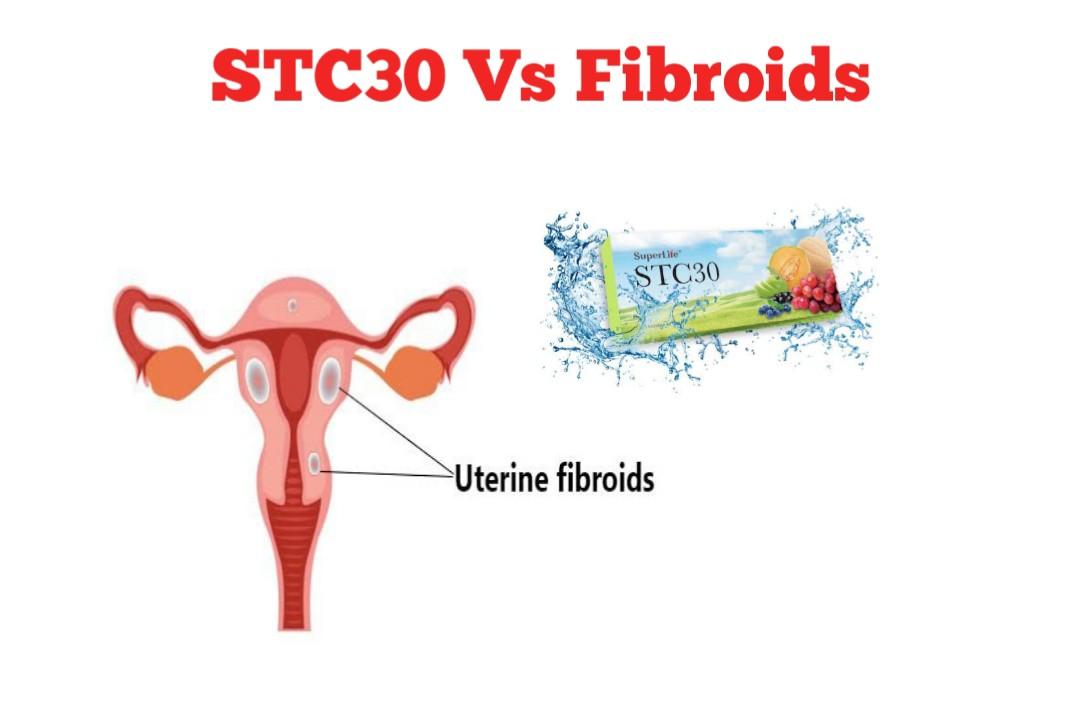 According to the product information on Amazon, Superlife STC30 is a natural dietary health supplement that is taken sublingually (applied under the tongue). It is a plant-based food therapy which uses stem cells to manage, prevent or address several health conditions.

According to its promoters, it is the most powerful stem cell supplement available. According to them, STC30 activates your own adult stem cells naturally and provides robust immunity. Each pack contains a 15 days supply which is 15 sachet. A month supply will be 2 boxes of STC30. The product is sold by Superlife world and Manufactured by Mibelle Group in Switzerland in Anti-Aging & Regenerative Clinics and Specialized GMP facilities.

The following are listed as ingredients in Superlife STC30;

Glisodin (Cantaloupe Extract): Glisodin stimulates the body’s antioxidant defense system. It enhances the body’s production of its own natural antioxidants including Superoxide Dismutase (SOD, the most powerful antioxidant). Because of this, the body is well equipped to recover combat stress as well as Prevent of DNA damage induced by oxidative stress.

Phytocelltec Solar Vitis (Vitis Vinifera): These are extract from grapes. Grapes have substantial anti-aging benefits in its peel and seed. Both peel and seed are subject to a technique of extracting stem cells. It involves making an incision in the peel or seed and removing the plant’s stem cells from the callus that forms as it attempts to heal the wound.

According UCLA health, fibroids are tumors made of smooth muscle cells and fibrous connective tissue. They develop in the uterus. It is estimated that 70 to 80 percent of women will develop fibroids in their lifetime. However, not everyone will develop symptoms or require treatment.

Can STC30 Cure Fibroids and Infertility?

According to a new study which evaluated the effect of Resveratrol (RSV), a chemoprotective compound found in bilberries on fibroids. The compound resveratrol suppressed tumor growth in vivo and inhibited primary human fibroids (leiomyoma cells). In addition, RSV also regulate extracellular matrix (ECM) proteins associated protein expression a key factor in fibroid growth indicating that RSV has the potential to reduce the enlargement of fibroids.

The presence of this enzyme deprives the fibroid cells of badly needed oxygen (Hypoxia) which fibroid cells rely upon to proliferate and protect itself from dying (apoptosis).

Phytocelltec Solar Vitis (Vitis Vinifera) have been scientifically proven to be useful in activating your own skin stem cell regeneration. Research has proved that just a concentration level of 0.1 % of the PhytoCellTec (apple stem cell extract) could proliferate a wealth of human stem cells by an astounding 80%.

However, with no scientific evidence confirming a cure, STC30 can at best be described as an adjunct therapy which can help alleviate most of the associated symptoms or complications but there are no evidence that STC30 can cure fibroids or infertility at present.

Other natural therapies that can help according to research  include;

Green tea:  Contains several antioxidants. A study found that one of these, epigallocatechin gallate, may help slow the growth of fibroids by bringing down inflammation and high estrogen levels. Green tea may also improve symptoms of heavy bleeding due to fibroids, such as low iron.

Potassium: Food rich in potassium helps to counter the effects of salt to balance blood pressure. Add these potassium-rich foods to your daily diet.

Fiber: Fiber-rich foods aid weight loss and balance hormones. They also help to keep blood sugar levels steady. For these reasons, fiber may help prevent and slow the growth of fibroids. Add these whole foods to your diet.

Vitamin D:  May help reduce your risk of fibroids by almost 32 percent. Your body makes this “sunshine vitamin” naturally when your skin’s exposed to sunlight. If you have darker skin or live in cooler climates, you’re more likely to be deficient.

Milk: Adding dairy products such as yogurt and full-fat cheese to your diet. Dairy is rich in calcium, phosphorus, and magnesium. These minerals may help prevent fibroids and slow their growth. Fortified milk also contains vitamin D.

Uterine fibroids may affect your fertility. They may also impact your ability to carry a pregnancy successfully. STC can significantly reduce the impact fibroids have on your ability to conceive because of its ability to prevent the enlargement and proliferation of fibroids. Most fibroids don’t grow while you’re pregnant, but if it happens, it most likely will be during your first 3 months (first trimester). That’s because fibroids need a hormone called estrogen to grow. Your body produces more of it when you’re pregnant.

However, women with fibroids are much more likely to miscarry during early pregnancy than women without them (14% vs. 7.6%). And if you have multiple or very large fibroids, your chances go up even more. If you are already pregnant discuss with your doctor before using STC30 supplement. ALSO READ: Can Ginger and Garlic Shrink or Remove Fibroid?

Can Banana Shrink or Remove Fibroids?
can stc30 cure fibroidsSTC30 and Pregnancy
April 23, 2021 Women's HealthPublic HealthComments Off on Can STC30 Cure Fibroids and Infertility?