Types of Rape and How to Prevent Them 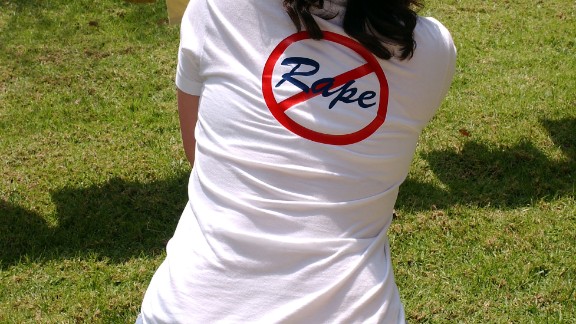 Rape is unlawful sexual activity, most often involving sexual intercourse, against the will of the victim through force or the threat of force or with an individual who is incapable of giving legal consent because of minor status, mental illness, mental deficiency, intoxication, unconsciousness, or deception.

In many jurisdictions, the crime of rape has been subsumed under that of sexual assault. Rape was long considered to be caused by unbridled sexual desire, but it is now understood as a pathological assertion of power over a victim. SEE: How To Spot A Rapist

Is it the most frequently sensationalized form of rape? Because of the frequently gruesome nature of the assaults and because of the opportunity to prey on people’s fears, serial rape is frequently covered extensively by the media. The term serial rape is used to describe a series of rapes committed on different occasions by the same perpetrator. An important distinction is that this term is rarely used to describe marital or date rape, even though these types of rapes can happen repeatedly. Instead, the serial rapist has multiple victims. Last year Nigerian police arrested a man after 40 people were raped in one town over the period of a year.

The type of rape known as diminished capacity rape is committed when one person forces sexual penetration on another person who cannot consent to the sex act. People with diminished capacity can’t consent to sexual acts due to limited physical or intellectual ability. An example would be a person with an intellectual disability or a sick patient. More than 90 percent of people with developmental disabilities will experience sexual abuse at some point in their lives. Forty-nine percent will experience 10 or more abusive incidents.

This type of rape occurs when alcohol or drugs are used to compromise an individual’s ability to consent to sexual activity. These substances make it easier for a perpetrator to commit sexual assault because they inhibit a person’s ability to resist and can prevent them from remembering the assault. Drugs and alcohol can cause diminished capacity, a legal term that varies in the definition. SEE: Rohypnols In Nigeria

Another form of rape is age-related. This type of rape is often known as statutory rape as specified both in federal and state law. In this case, sexual actions with a person below a minimum age are considered illegal in all cases. Often this age is 12. There is often another age, known as the age of consent. Sexual acts with a person above the minimum age but below the age of consent may be considered rape depending on the perpetrator. Specific ages are specified by the state.

Twelve years ago, on the morning of 11 December, an eight-year-old girl was walking to school in Ansan, southwest Seoul, when she was kidnapped by Cho Doo-soon, a 56-year-old ex-convict. He took her to a toilet in a nearby church, where he brutally beat and raped her.

Incest is a type of rape dictated by the relationship between the two parties. When the two parties involved in the sex act are closely related (in other words, they are family), it is often rape. Examples of incest include:2

(Laws vary in countries as to specifically what constitutes incest. However, family members account for 7% of rapists)

Partner rape, also known as spousal rape or marital rape, is a type of rape involving a person’s partner or previous partner (no matter whether the partners are married). There are three types of partner rape:

This type of rape happens between two people that know each other. Often acquaintance rape is known as “date rape” as the two people involved may be in a social relationship at the time. Some victims don’t recognize acquaintance rape as rape but it’s important to remember that consent for sexual activity can be revoked at any time and a prior relationship does not mean that rape cannot occur. Two-out-of-three sexual assaults are committed by someone the victim knows

This type of rape occurs when two or more perpetrators act together to sexually assault the same victim. Some common aspects of multiple-perpetrator assault include: planning the assault in advance; using substance-facilitated sexual assault; using the assault to introduce or reinforce membership in a group, such as a gang, sports team, or club; targeting a victim that has an existing connection with one of the perpetrators, often sexual in nature; beginning as a consensual activity and introducing others to participate against the victim’s will or without consent

Learn how to stop sexual violence with these 10 steps.

Rape can occur in many ways as well, including by strangers or in conjunction with a hate crime. However, it’s critical to remember that whatever form of rape occurs, it is always the fault of the rapist and never the fault of the victim. SEE: Types of Abuse and How to Spot Them

How to Use Ecological Framework to Prevent Violence