Types Of Ear Piercings In Nigeria 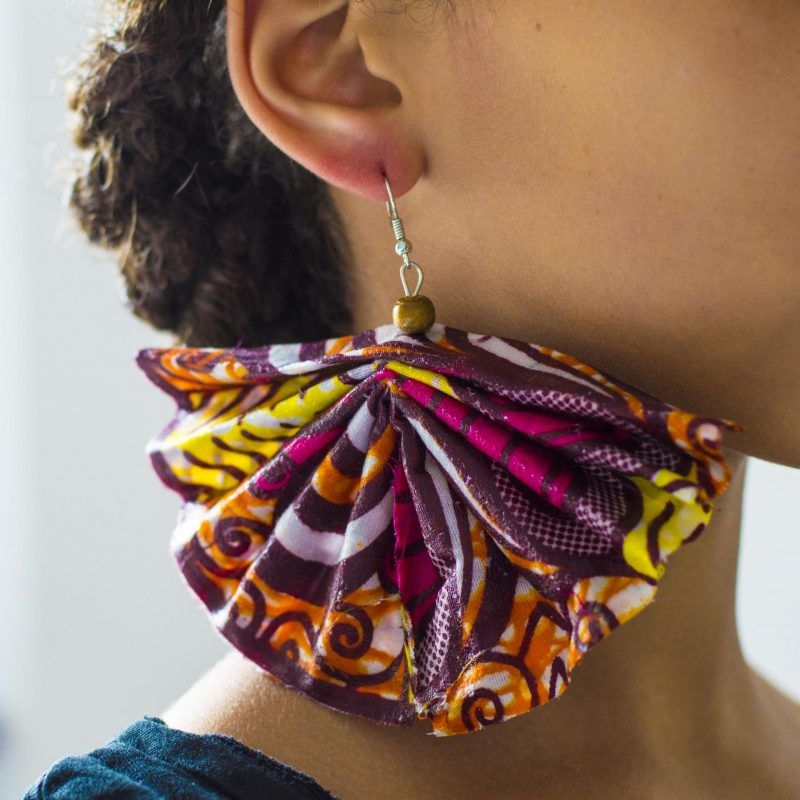 It might surprise many to know that the tradition of ear piercing predates many civilizations. Ear piercing practice dates back to about 5,000 years ago. This is backed by evidence of a mummy known as Ötzi the Iceman, a man who lived during the 4th millennium. It was discovered that his ears had piercings on them.

It is also proven, that the Egyptians of ancient times had ear piercings as evidenced by the holes found on the ear lobes of King Tutankhamen’s mummy – a pharaoh of ancient Egypt. They also found earrings in his tomb.

Ear piercing has cultural and spiritual significance. In some primitive societies, when a child approaches puberty, their ears are pierced in celebration. Spiritually, some communities in the past believed that evil spirits possessed humans through the ears, so the earlobes were pierced for them to be able to leave when they enter while some believed that metals kept the evil spirits away, so they wore earrings.

In Africa, in a clan known as Samburu, their fighters are made to pierce their ears and put on earplugs made of ivory to signify that they have become men and are brave. The father and mother of a child in Borneo would each pierce an earlobe of their child, to show that the child depends on them.

Also, the Borneo people wore barbells on their ears. The Dayak of Borneo was known to wear them, many years ago. In the 70s, the man who founded the first body piercing shop in the United States, Jim Ward, was the one who made barbells popular.

Around the 16th century, in Europe, men who worked in the King’s court were known to pierce their ears. Sailors also usually wore an earring on one ear to signify that they have sailed far and wide. They also wore them in case they died at sea, so whoever found them would sell the earring and give them a decent burial with the proceeds.

However, towards the 18th century, clip-on earrings started replacing earrings that required piercing. Piercings were left to the lowly of birth, till the 50s, after the war. It was as if people, women especially, wanted to make up for looking disheveled during the war.

Ear piercings became fashionable once again. Then, there were no piercing shops like can be found everywhere today. What young women did was to get their lobes numb using ice cubes, before piercing. As time went on, it became necessary to get ear piercings in hospitals to avoid infection. Ear piercing shops began gaining popularity around the 80s, and by the 90s, fewer people had reservations about getting their ears pierced. 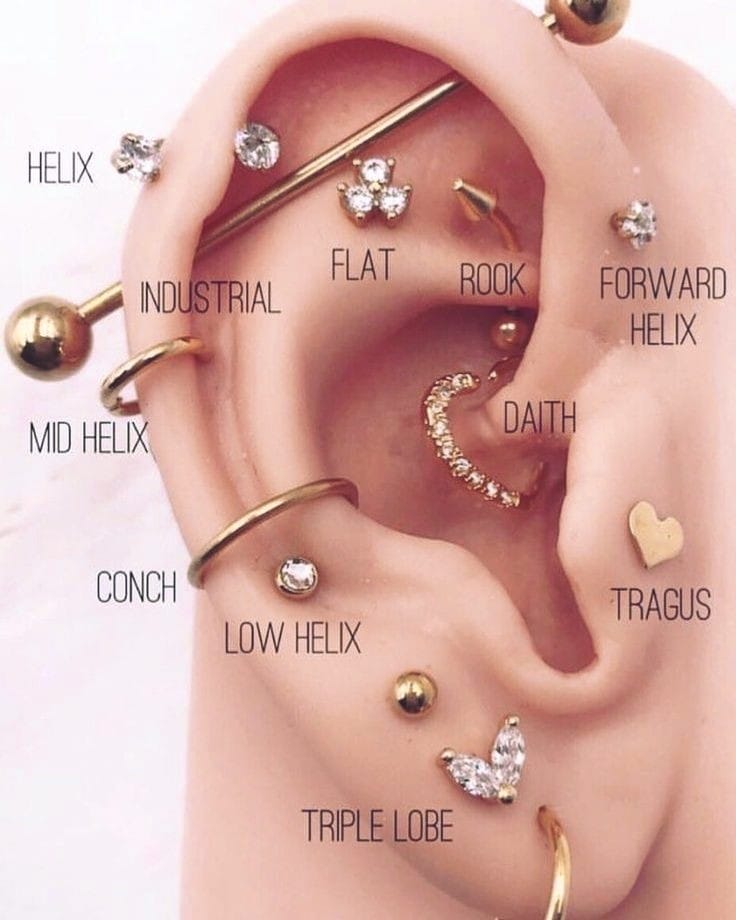 Today almost every country and culture have people who wear earrings, mostly for adornment purposes. Piercing of the ear has evolved so much so that different parts of the ear can be pierced. In Nigeria, both Fulani men and women pierce their ears to put on earrings and other adornments. Common types of ear piercing in Nigeria include;

The lobe piercing is the most common. These piercings are created on the soft, lower portion of the ear and are less painful than other choices. Some women prefer to have multiple lobe piercings whereas others go with the classic look of having each lobe pierced once. There is a six-week healing period for each piercing.

Unconventional options like tragus piercings (that thicker cartilage at the center of your ear, where the moon stud is shown here) are gaining popularity for their subtlety. “This is one of the more understated piercings, it sits quite close to your face. The tragus piercing is considered much less painful than other ear piercings. It’s also a good piercing if you want something a little different from the norm. Just make sure you take the right precautions and get medical help as soon as possible if you experience side effects that may indicate a problem.

A Daith piercing is a hoop that hugs the cartilage on the inside of your ear. “I’ve always pronounced it like ‘faith,’ but within the last several years, people have been pronouncing it ‘doth,’ which is apparently how Erik Dakota, the person who originally came up with the idea of piercing the crux of the helix (the anatomical area of the ear), pronounced it,”

People claim that Daith Piercing heal migraines, In one case study in 2017, the participant’s migraine symptoms improved after getting a Daith piercing. The researchers concluded that more clinical studies are needed to link the procedure to migraine relief. But the researchers also warned about the risks of Daith piercings and the possibility that symptom relief may be the result of the placebo effect.

Industrial piercings have been a popular body modification choice since they were first coined in Body Play magazine in 1992. Broken down to basics, an industrial piercing is two holes connected by one piece of jewelry—typically a barbell. With so little guidelines, the possibility for customization is endless. You can go for an ornate bar or something super minimal. You can choose to include gemstones or go for smooth steel. And while industrial piercings have historically had a punk, grunge aesthetic, the personalization aspect means it can take on any vibe you want. When considering what you want your industrial piercing to look like, it’s also important to think about placement on your ear. Industrial piercings are anatomy dependent, so what works for someone else may not work for you

A rook piercing goes through the inner edge of the uppermost ridge in your ear. It’s one step above a Daith piercing, which is the smaller ridge above the ear canal, and two steps above the Tagus, the curved bulb covering your inner ear. Although it’s not associated with migraine relief like the Daith, rook piercings do seem to be on the rise. They’re are on trend this year for their ability to center a piercing constellation — a star-like pattern of piercings.

There are several other types of ear piercing not listed here. An individual can have more than twenty different piercings on the ear because almost every part of the ear can be pierced. However, it is important to note that the skin around the piercing can tear or rip, especially if the earring catches on a piece of clothing. Left untreated or poorly treated, these infections can lead to serious complications, such as abscesses and inflammation of the connective tissue in your ear, or even the death of tissue in your ear. SEE: Are Middle Ear Infections Contagious?

Types Of Sanitary Pads and Tampoons In Nigeria

Types Of Medical Doctors In Nigeria

Types of Nursing Specialties In Nigeria
ear piercing
January 10, 2021 Fitness & LifestylesPublic HealthComments Off on Types Of Ear Piercings In Nigeria