The Pros And Cons Of Taking Beano 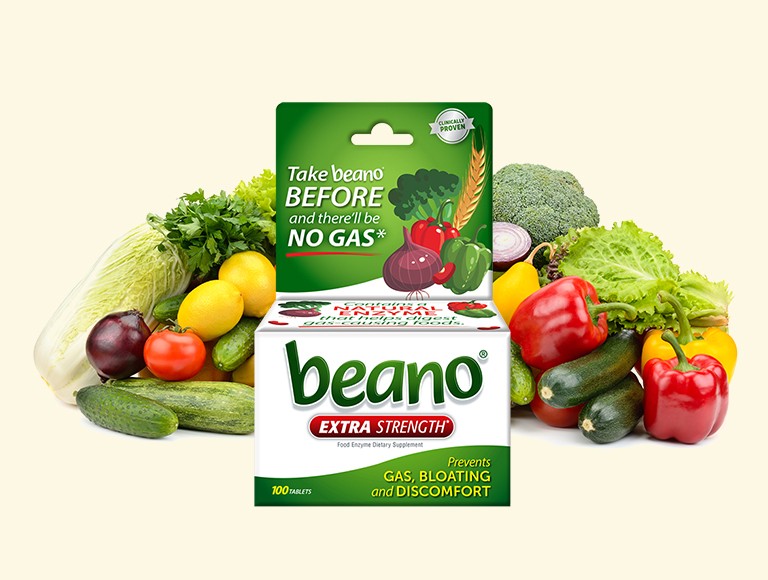 Beano contains a natural food enzyme that helps prevent gas before it starts. It works with your body’s digestion to break down the complex carbohydrates in gassy foods, like fresh vegetables, whole grain bread, and beans, making them more digestible. Beano tablets contain less than five milligrams of sodium per tablet. It can be said that Beano tablets are sodium-free.

Beano enables you to enjoy your favorite healthy foods, whether at home, in a restaurant, or at a friend’s house, without worrying about gas.  Excess lower intestinal gas can be caused by eating certain foods, by the inability to fully digest certain foods, or by a disruption in the bacteria normally found in the colon.

How does Beano work?

Beano contains the Alpha-galactosidase enzyme an enzyme from a natural source that works with your body’s digestion. It breaks down the complex carbohydrates found in gassy foods into simpler, easily digestible sugars before they reach the colon, preventing gas before it starts. Learn more about gas and Beano.

Beano is not just for beans. It works on a whole variety of gassy foods, including many vegetables like cabbage, broccoli, cauliflower, grains, cereals, nuts, seeds, whole-grain bread, and many other foods.

Who should not take Beano?

You should not take Beano if you are galactosemic or allergic to any of the components of Beano. Speak with your doctor or healthcare providers for beano alternatives.

How should I take Beanodo?

The correct dosage amount is key to Beano’s efficiency. Take 2 – 3 chewable tablets or 1 Meltaway at every typical meal. For best results, you may have to adjust the number of tablets or Meltaways according to the number of servings.

Can I take Beano if I’m pregnant or breastfeeding?

Can children use Beano?

When do I use Beano?

The correct timing of the dosage is also key to Beano’s efficiency. To prevent gas before it starts, take Beanowith your gassy food. If you are using Beano tablets, you should swallow, chew or crumble them into your food right before your first bite or you will take them with your first bite of food. If you are using Beano Meltaways, one Beano Meltaway works the same as two Beano tablets. Just place it on your tongue before your first bite, and it will melt away in seconds with a smooth, light flavor to help prevent gas from happening.

Pros And Cons Of Taking Beano