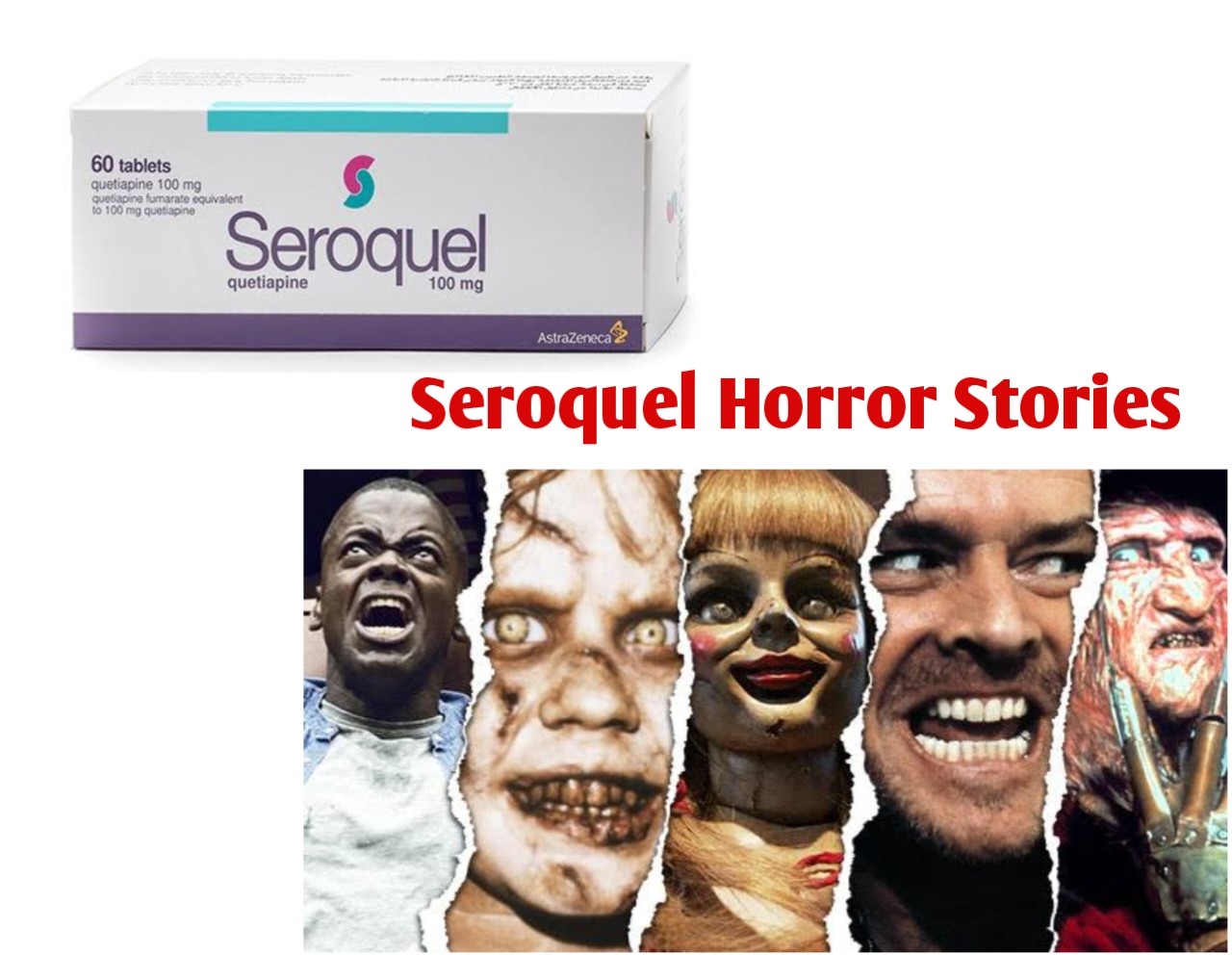 Seroquel is a brand of quetiapine,  a prescription drug that comes in the form of a tablet you take by mouth. There are two versions of the tablet. The Seroquel (immediate-release tablet) and Seroquel XR (extended-release tablet). The extended-release version is slowly released into your bloodstream over time. Both forms are also available as generic drugs. Generic drugs usually cost less than the brand-name version. In some cases, they may not be available in every strength or form as the brand-name drug.

For major depression, quetiapine is used as an add-on treatment for people already taking antidepressant drugs. It’s used when your doctor decides that one antidepressant alone is not enough to treat your depression.

Seroquel may be used as part of combination therapy. This means you may need to take it with other medications.

Quetiapine the active ingredient in Seroquel belongs to a class of drugs called atypical antipsychotics. A class of drugs is a group of medications that work in a similar way. These drugs are often used to treat similar conditions.

It isn’t known exactly how this drug works. However, it’s thought that it helps regulate the number of certain chemicals (dopamine and serotonin) in your brain to control your condition.

Why Are There Several Seroquel Horror Stories?

According to studies and reviews, medications like Seroquel can increase the risk of suicide and suicidal thoughts, especially at the start of treatment. It can result in sudden changes in mood, including depression, anxiety, restlessness, panic, irritability, impulsivity, or aggression.

According to an article in the Washington Post, the first warning came many years ago, when the Food and Drug Administration accused the drug company AstraZeneca of “false or misleading” information about the health risks of Seroquel. “The range of problems it causes in terms of deteriorating quality of life makes it not worth it,” said David Healy, a British psychiatrist who has written books on psychopharmacology. Healy says he prescribes Seroquel only for his most seriously ill patients “to be able to function.”

In this article, we have published  a series of Seroquel horror stories for you to understand the implications and benefits of starting a Seroquel Therapy

According to Ann “I was prescribed Seroquel 100mg as a mood stabilizer (for Dysthymia and Generalized Anxiety Disorder) by a psychiatrist to be taken alongside 200mg Wellbutrin daily. It knocked me out the first time I took it and I noticed my blood pressure dropped sharply, but I felt good in the morning. After 3 weeks, I started to feel like a zombie and developed severe constipation, then; suddenly, a feeling of internal tremor, so I contacted my Dr to stop. I slept 2 hours a night for about a week; had horrid nightmares, sleep paralysis, severe mood swings, and panic attacks. I was put on Xanax for the panic but also developed muscle twitching all over my body that continued at night, waking me up. It’s now been 40 days since I stopped taking the Seroquel. My mood is okay, but I still have (slightly fewer) muscle twitches during the day and night. I wonder if I’ll ever be normal again. I’m so angry this was prescribed without explanation, for a minor condition when its effect on me has been far more deleterious to my life than my original condition.”

Kane wrote “I have had a negative experience. I was mad at myself because I went against my better judgment. I knew that this one was a weight-gaining pill. I kept telling my doctor that I was gaining weight from this pill, but he insisted that it had nothing to do with Seroquel XR, he continued to say its what I was eating. I told him last week on the phone he said what have you been eating I went on a fast normally before Seroquel I would just lose the extra weight when I went on a diet. This time a week went by it got even worse So I am very happy that I just stopped taking it. It is not worth it. I had a doc for 10 years prior to this one and I had never been diagnosed with bipolar – he calls it a mood disorder. I know I have it and I am open to something new”

Kae expressed her feelings as follows “Let me just say, I HATE Seroquel! I was prescribed Seroquel for sleep 8 years ago. For the first couple of years, I was in about 300-400mg a day and I would feel like I was literally dying when it kicked in. My heart would race, I felt like I couldn’t breathe, and then I’d just black out. It made me feel so sluggish the next day. Also, I gained soooo much weight on this! It makes you have an insatiable hunger and it’s terrible. I would walk down the halls and knock into them like I was drunk, my vision was so blurry and I couldn’t think. It was the worst sensation ever! I’m now down to 50mg of the XR and trying to wean off but I’m scared. The last time the doctor tried, I blacked out and my blood pressure dropped and the hospital said I couldn’t wean off it. Now a year later I’m trying again and it’s terrible. I can’t sleep, have restless legs, can’t get comfortable, and feel tired all day. I don’t recommend this to anybody!!!”

Okey shared her views like this “I’ve been prescribed Seroquel now for roughly a year and the side effects are soooooo nasty I wouldn’t recommend it at all, the main thing that attacks me relentlessly is the tickles under the skin in the legs and I’m probably keeping the neighbor’s awake cos Iv gotta keep stretching my legs and wriggling in bed to calm down the relentless torment that comes back maybe every 5/10 seconds for roughly 5/8hrs most nights, I’ve also got to the point where it feels like I’m going to swallow my tongue for hours on end and I wonder if I’m gonna be alive the next day as well, I get to the point where I’m nearly asleep and self resuscitate with a jolt of adrenaline in my heart and a deep breath like I nearly drowned and nearly have a heart attack, it’s NASTY”

For Jenny, it almost cost her her life “I got very sick and was put into the ICU for a very long time which caused ICU Delirium and Depression. I had been on Cymbalta, but they changed it to Seroquel. My friends who are nurses make jokes about how awesome Seroquel is for shutting patients up and making them comply. I felt awful on this drug. Leg spasms, drooling, worsened diabetes, etc. They didn’t tell me that they’d put me on it. When someone finally told me, I demanded they take me off of it, and the drooling and spasms stopped almost immediately. And I was able to stay awake, and think more clearly. And able to participate in physical therapy. I didn’t notice any mood improvements and in fact, I was incredibly depressed, but being in the ICU is traumatic, and I had a machine breathing for me, and I was trying to process having almost died. I would recommend trying just about everything else first. I’ve told my doctors they’re never putting me on it again.”

Jendough bared her mind in a similar fashion “Seroquel is terrible. I felt completely disassociated. I knew words were coming out of my mouth but sometimes had no clue what I was saying. I was only on it for a few months but I called my Dr. in a panic when I realized the weight I’d gained. I lost 100 lbs in my 20’s and been able to keep it off give or take 10lbs, I’m now 40 years old and I instantly put on belly/waist weight, a place where I have NEVER have gained before. I know my body well & this was pretty extreme. I went up a pant size in 2 months. I told my dr. And he said it makes you crave carbs but I KNOW it’s more than that. What type of meds make you gain weight in a specific area? After losing 10-15 lbs, I am stuck with saggy skin after 3 months! It’s not worth it. It created a whole new set of permanent problems like saggy skin & my confidence with undressing around my husband. Horrible!”

The most common side effects of Seroquel include:

Serious side effects of Seroquel

The FDA issued a black box warning on all antipsychotic drugs, including Seroquel, due to the increased risk of death in elderly patients with dementia-related psychosis.

What Is The Best Time To Take Amlodipine?