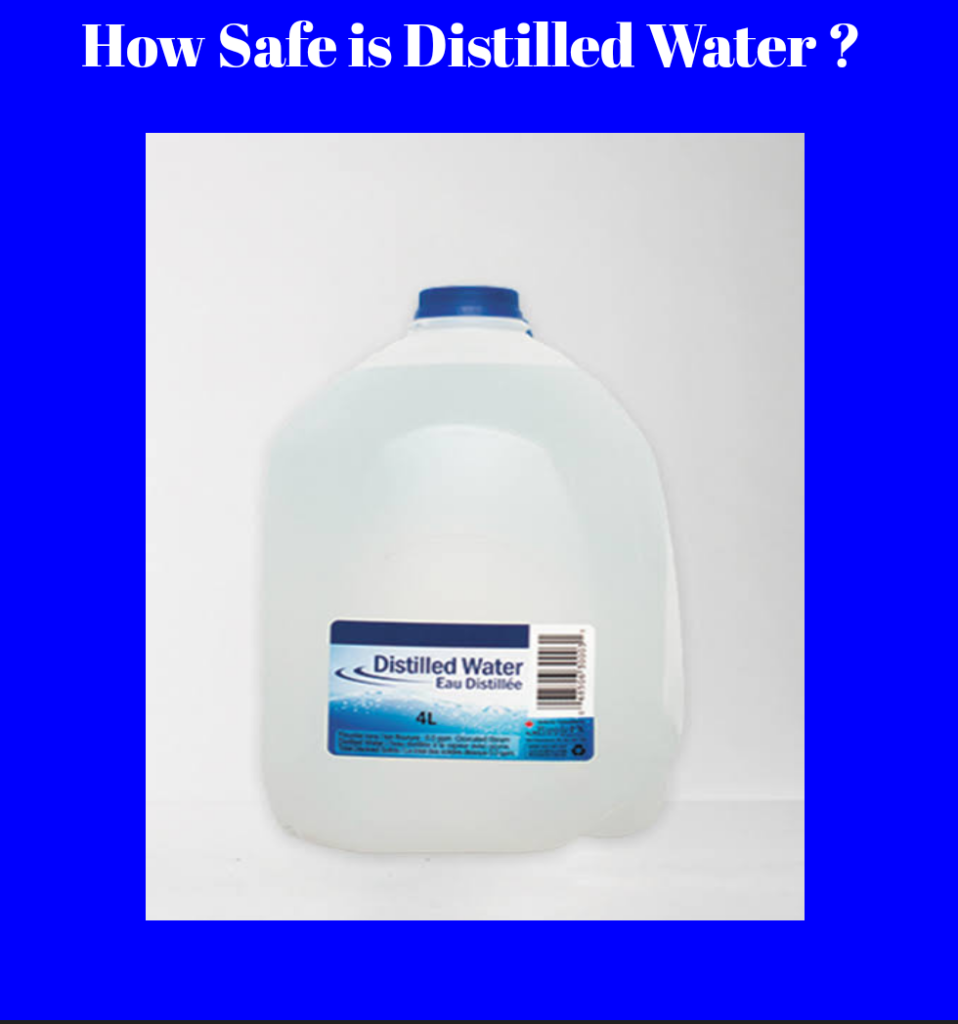 Is it safe to drink distilled water everyday?

The composition of water varies with local geological nature of an area and in reality, neither surface water or groundwater has ever been a chemically pure water.Since water contains small amounts of gases, minerals and organic matter of natural origin most of which play very vital roles in the physiological processes taking place in the body, the effects of a de-mineralized water could significantly alter the delicate balance in which the processes take place.

The importance of water minerals and other beneficial constituents in drinking water has been explored for thousands of years. Specifically, it was mentioned in the Vedas of ancient India in the book Rig Veda,

The Properties of Good Drinking Water According to Rig Veda

Many “pro” health and distilled water fanatics are usually surprised to hear that drinking distilled water as a primary source of water is potentially detrimental to public health.

In his submission in 1970, Paavo Airola wrote about the dangers of distilled water when it first became clear that distilled water had become the new trend among the health food crowd.

Several studies have authenticated the many health  benefits of drinking distilled water especially its inherent ability to cleanse or detoxify the system for short periods of time usually a few weeks at a time.

However, one major setback which accounts for the side effects of distilled water is its ability to actively absorb gases when it comes in contact with air. It is very common for distilled water to absorb carbon dioxide, making it acidic, this leads to higher levels of acidity in the body as an individual consumes more distilled water.

What does distillation or demineralization of water mean?

Distillation is the process by which water is boiled to or beyond 100 degree Celsius and the resulting vapor condensed. Distilled water is devoid of dissolved minerals and other vital elements and has the special property of being able to actively and effectively absorb toxic substances from the body and eliminate them.

Artificially-produced demineralized waters, first distilled water and later also deionized or reverse osmosis-treated water, were originally meant for industrial, technical and laboratory purposes and not for domestic consumption as has become the trend from the 1960’s when the distillation technologies became more widely used in treatment of drinking water by some coastal and inland arid areas who could not meet the increasing water demands of their ever-increasing population.

However, it was evident from the onset that desalinated or demineralized water without additional enrichment with some minerals might not be nutritionally appropriate for consumption from a public health perspective.

In the late 1970’s, the World Health Organization commissioned a study to evaluate and provide background information for issuance of guidelines for desalinated water.

The study concluded that distilled water have has a definite adverse influence on animals and humans as well as an unsatisfactory organoleptic property, the team recommended that distilled or demineralized water contain

Water fasting using distilled water can be dangerous especially when it is done frequently. This is because of the rapid loss of vital electrolytes such as potassium, chloride, sodium and important trace minerals like magnesium. Deficiencies of the vital elements can result in heartbeat irregularities and hypertension.

The potential for adverse health effects from long-term consumption of demineralized water is of significant public health interest, not only in countries lacking adequate fresh water, but also in countries where drinking distilled water has become a permanent way of life. 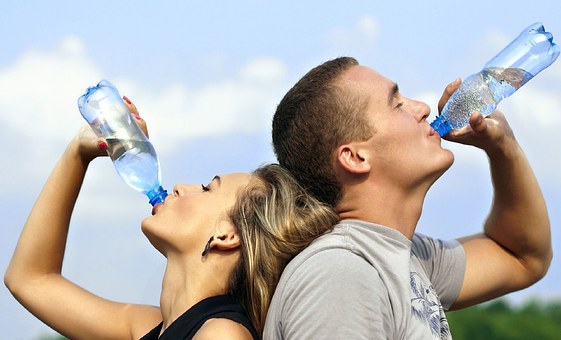 What happens when you put distilled water in the bloodstream?

Distilled and low mineral content water has a low thirst-quenching capacity. Introducing them into the intestine according to some studies can cause abnormal changes in epithelial cells possibly due to osmotic shock. Drinking distilled water was also found to increase the risk of skeletal ossification in fetuses, decreased serum potassium concentration, and increased the elimination of sodium, potassium, and chloride calcium and magnesium ions from the body.

In response to the German edition of The Shocking Truth about Water, the German Society for Nutrition warned against drinking distilled water instead of “ordinary” drinking water.

The Society explains that water in the human body always contains 152 electrolytes at specific concentrations controlled by the body while the re-absorption of water by the intestinal epithelium is also enabled by sodium transport.

If distilled water is consumed, the intestine has to add electrolytes (minerals) to it by taking them from reserves of the body and since the body does not eliminate fluid in the form of “pure” water but always in combination with salts, adequate intake of electrolytes must be ensured. Read : Is It Safe To Use Distilled Water For Baby Formula ?

Calcium constitute a very significant component of bones and teeth. It also plays a crucial role in neuromuscular excitability, the proper function of the conducting myocardial system, intracellular information transmission, heart and muscle contractility, and the blood coagulation.

Magnesium on its part  plays a vital role as a  cofactor and activator of over 300  enzymatic reactions including glycolysis, , transport of elements such as sodium, potassium, and calcium through membranes,  ATP  metabolism , synthesis of nucleic acids and proteins, neuromuscular excitability and muscle contraction.

Replacing regular mineral water with distilled water will significantly affect the levels these important minerals with major consequences for health. Epidemiological studies conducted in many countries all over the world for over 50 years have reported that water low in calcium and magnesium (soft water) is associated with increased morbidity and mortality from cardiovascular disease (CVD) in comparison to hard water. See: Sources Of Water

Removal of Nutrients from Food

Another very important impact of distilled water on public health is the ability of distilled water to remove nutrients from food when used in cooking foods. The use of distilled water for cooking has been found to cause significant loss of all essential elements from food including vegetables, cereals and meat. These losses may reach up to 60 % for calcium and magnesium or even greater for microelements such as copper 66 %, manganese 70 %, and Cobalt at 86 %. This explains why drinking distilled water while pregnant or breastfeeding is not recommended. One of the reasons why most soft drinks and soda have become a public health nightmare is that apart from the fact that they contain excessive sugar, they are also made from distilled water.

Several studies have shown that heavy consumers of soft drinks excrete huge amounts of magnesium, calcium and other trace minerals significantly increasing the risk for osteoporosis, osteoarthritis, coronary artery disease, hypertension, and a long list of chronic and degenerative conditions.

A similar study also revealed that there is a correlation between the consumption of soft water such as distilled water and the incidence of cardiovascular disease as earlier established.

This increased risk from toxic metals posed by distilled water consumption through the municipal water supply system can lower the protective (antitoxic) capacity of water low in calcium and magnesium.

Among eight outbreaks of chemical poisoning as a result of drinking water consumption in the United States reported between the year 1993 to 1994, there were three cases of lead poisoning involving infants who had blood-lead levels of 42 μ g/dL, 37 μ g/dL and 15 μ g/dL, far beyond the level of concern which is pegged at 10 μ g/dL.

Investigation revealed that in all three cases, lead had leached from lead-soldered seams and brass fittings in drinking water storage tanks.

All water, distilled or not are prone to bacterial contamination in the absence of a disinfectant or antimicrobial agent. The lack of a residual disinfectant, and the possibility of greater availability of certain nutrients due to the aggressive nature of the distilled or demineralized water to the materials it comes in contact with it, can significantly increase the possibility of microbial growth.

This is despite the fact that an intact desalination membrane should be able to remove all bacteria, it is sometimes not 100 % effective due to leaks that can occur from time to time as documented by an outbreak of typhoid fever which was caused by reverse osmosis-treated water in the kingdom of Saudi Arabia in 1992. Also Read : Can I Drink Distilled Water