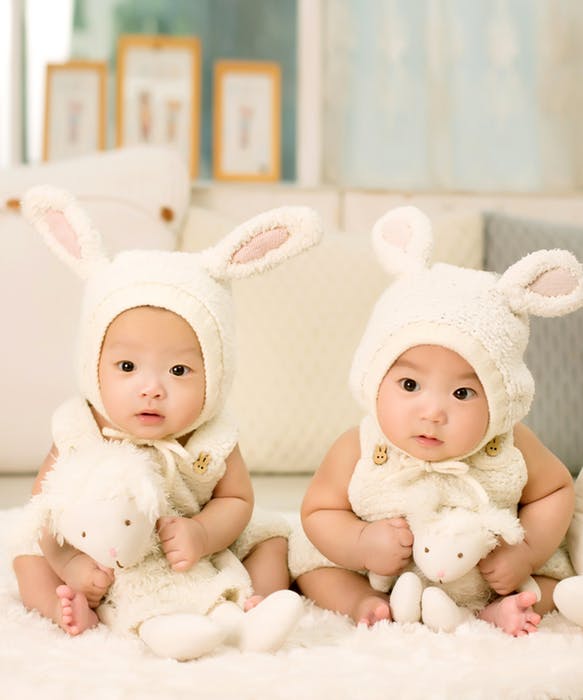 The most critical period for a child’s development is the 1,000 days between conception and the age of two. Nutrition, along with protection, stimulating activities, and early learning, shapes brain development for life during this spell. Adequate nutrition during this period is therefore essential to ensure the growth, health, and development of children to their full potential. Poor nutrition increases the risk of illness, and is responsible, directly or indirectly, for one-third of the estimated 9.5 million deaths that occurred in 2006 in children less than 5 years of age. Inappropriate nutrition can also lead to childhood obesity which is an increasing public health problem in many countries including the United States.

According to a publication of the World Health Organization on the importance of infant and young child feeding and recommended practices, early nutritional deficits is linked to long-term impairment in growth, impaired intellectual performance, reduced capacity for physical work, and stunting, leading to the adult being several centimeters shorter than his or her potential height. A healthy diet is an important part of a healthy lifestyle especially for babies who go through an amazing growth spurt.

In their first year, babies triple their birth weight. To grow that much, they need a lot of nutrients more than at any other time in their life. Experts say breast milk is the best source of nutrition for babies during the first 6 months, but formula can be a good alternative.

Breastfeeding appears to lead to higher IQ, while iron deficiency correlates with reduced cognition and achievement at school age. More obviously to the layman, since under-nourished children get sick more often, they miss more school and fail to keep up with peers. It is strongly recommended that breast milk and not water should be given to babies under six months of age for hydration.

Is it Safe to Use Distilled Water For Baby Formula?

According to the American Academy of Pediatrics, water should be boiled first before being given to babies, whether for drinking or mixing with formula. Boiling water kills germs and removes impurities present in municipal water. Pediatricians recommend that water should be boiled during the first three or four months, before being mixed with baby formula. There is no existing evidence that proves that bottled water is safer than municipal water, it should also be boiled first before mixing it with baby formula. Distilled water is safe for babies and it is among the types of water recommended by pediatricians after the 6 month period of exclusive breastfeeding. However, it should be noted that drinking or using distilled water to prepare baby formula is not without disadvantages which include;

Drinking distilled water robs your baby’s body of its natural source for many minerals essential to good health. This results in a mineral loss in the ‘baby’s body which increases the risk for attention deficit disorder, hormone imbalance, weak bones, and cardiovascular conditions.

Because distilled water does not contain any fluoride, dentists are beginning to see an increased number of cavities in young children who drink bottled water. However, the American Dental Association does NOT recommend the use of water that contains high levels of fluoride when mixing baby formulas. Too much fluoride puts babies at risk for enamel fluorosis, a condition that develops while teeth are forming.

The World Health Organization in a study titled Health Risks of Demineralized Water reported that because distilled water is stripped of all minerals it can cause electrolyte imbalances in the body of your baby. Your child’s body will leach electrolytes from tissues in order to add them to the mineral-free water he or she is drinking. This is necessary so that the body can function normally and eliminate waste. If the water redistribution process in your child’s body is not functioning optimally, he or she may experience fatigue, weakness, headache, muscle cramps, and an abnormal heart rate.

You should talk to your pediatrician before switching your baby from purified water to distilled or using distilled water to mix infant formula.

Can I Drink Distilled Water While Breastfeeding?

Distilled water is not recommended during breastfeeding largely due to its aggressive nature. Your breast milk is made up of about 90 percent water and the most common minerals found in purified water (calcium, sodium, potassium, copper manganese, iron, and magnesium) are very vital for the growing child and a breastfeeding mother during this period. During breastfeeding your body can be more sensitive to dehydration as such it is important to drink enough water and stay healthy during this phase. The practice of forcing babies to drink distilled water with formula is also very unhealthy and could potentially deprive the child of vital nutrients. Potassium one of the common minerals found in water works with sodium to control the body’s water balance, which helps maintain healthy blood pressure. Potassium also helps with muscle function and heart rhythm and, in later years, may reduce the risk of kidney stones and osteoporosis.

Constipation is a condition of the bowels in which the feces are dry and hardened and evacuation is difficult and infrequent. If you’re concerned that your baby may be constipated, look out for these signs: crying and discomfort, irritability or pain before doing a poo, dry, hard, pellet-like poo that she has trouble passing, fewer than three bowel movements a week, Foul-smelling wind and poo, loss of appetite and hard belly. Distilled water is not recommended for constipation in babies, most pediatricians recommend boiled tap water or purified water. One of the most common minerals found in purified water is magnesium which in the event of constipation can act as an osmotic laxative by relaxing your child’s bowels and pulling water into his or her intestines. Mineral water containing magnesium helps to soften and bulk up stool making it easier to pass. In addition, deficiency of Potassium another common mineral in purified water may cause problems like bloating and constipation because it can slow the movement of food through the digestive tract. It is important to also note that excessive calcium in the body can also lead to constipation. See: Sources Of Water

Is It Safe To Use Distilled Water For Baby Formula