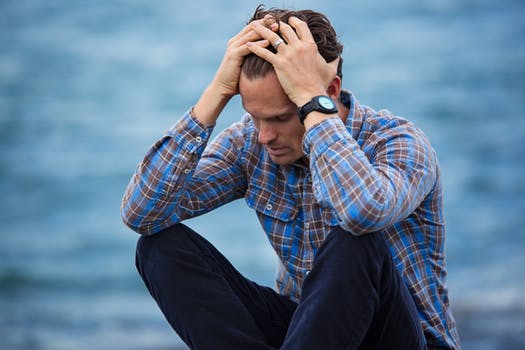 Dopamine- is a neurotransmitter, a chemical responsible for sending messages between the brain and different nerve cells of the body. Once released by neurons (nerve cells) they send signals to other nerve cells. The brain includes several distinct dopamine pathways, one of which plays a major role in the motivational component of reward-motivated behavior.

Depression–  is a common but serious mood disorder characterized by severe symptoms that affect how you feel, think, and handle daily activities, such as sleeping, eating, or working. Depression is accompanied by  low mood, a feeling of sadness, and a general loss of interest in things. To be diagnosed with depression, these symptoms must be present for at least two weeks.

Alien sexual orientation and pornography are like narcotics, once it has taken over the brain it becomes very difficult to overcome. Watching pornography causes the release of dopamine in the region of the brain responsible for emotion, and too much dopamine can override our natural satiation mechanisms which causes the brain to experience physical changes, including a numbed pleasure response that makes real and natural intimacy to become unfulfilling and unsatisfying due to constant hyper affinity for more porno and the erosion of will power. Several studies have also linked pornographic and other skewed sexual addiction to depression, performance anxiety, social anxiety,Attention-deficit/hyperactivity disorder (ADHD) and Obsessive-Compulsive Disorder(OCD).