New Guinea is a large island separated by a shallow sea from the rest of the Australian continent. It is the world’s second-largest island, after Greenland, covering a land area of 785,753 km², and the largest wholly or partly within the Southern Hemisphere and Oceania. The prehistory of Papua New Guinea can be traced to about 60,000 years ago when people first migrated to the Australian continent. The written history began when European navigators first sighted New Guinea in the early part of the 17th century. Papua New Guinea, in the southwestern Pacific, encompasses the eastern half of New Guinea and its offshore islands. A country of immense cultural and biological diversity, it’s known for its beaches and coral reefs. Inland are active volcanoes, granite Mt. Wilhelm, dense rainforest, and hiking routes like the Kokoda Trail. There are also traditional tribal villages, many with their own languages. Papua New Guinea receives an increasing number of visitors each year, with approximately 184,000 international arrivals in 2015.

Do I need a visa for Papua New Guinea?

A foreign national wishing to enter Papua New Guinea must obtain a visa in one of the PNG diplomatic missions unless they are a citizen of one of the countries eligible for a visa on arrival or eVisa. All visitors must hold a passport valid for 6 months. Tourist visas on arrival in Papua New Guinea (PNG) are now available for Australian passport holders for stays of up to 30 days and at no charge. For other visits, a visa is still required for entry into PNG unless the visitor holds an APEC business travel card.

What are APEC card holders?

How do I get a Papua New Guinea visa?

You can apply for a range of visas including working visas, business visas, and tourist visas, at your nearest Papua New Guinean Embassy or Consulate. Please contact the nearest PNG Diplomatic mission to obtain fees in local currency

What is Papua New Guinea known for?

Papua New Guinea What is known for. The reefs of Kavieng, Lae, and Wuvulu Island abound with a truly astonishing number of coral species, but many divers come to PNG just to explore the underwater legacy of World War II.

Are there cannibals in Papua New Guinea?

Cannibalism was practiced among prehistoric human beings, and it lingered into the 19th century in some isolated South Pacific cultures, notably in Fiji. But today the Korowai are among the very few tribes believed to eat human flesh.

The evidence from Melanesia suggests their territory extended into south Asia, where ancestors of the Melanesians developed. Melanesians of some islands are one of the few non-European peoples, and the only dark-skinned group of people outside Australia, known to have blond hair.

What is the leading cause of death in Papua New Guinea?

Malaria is the leading cause of illness and the 27th leading cause of death in PNG. In 2003, the most recently reported year, 70,226 cases of laboratory-confirmed malaria were reported, along with 537 deaths. Most travelers to Papua New Guinea will need vaccinations for hepatitis A and typhoid fever, as well as medications for malaria prophylaxis and travelers’ diarrhea. … Malaria: Prophylaxis with Lariam (mefloquine), Malarone (atovaquone/proguanil), or doxycycline is recommended for all areas below 1800 m (5906 ft). 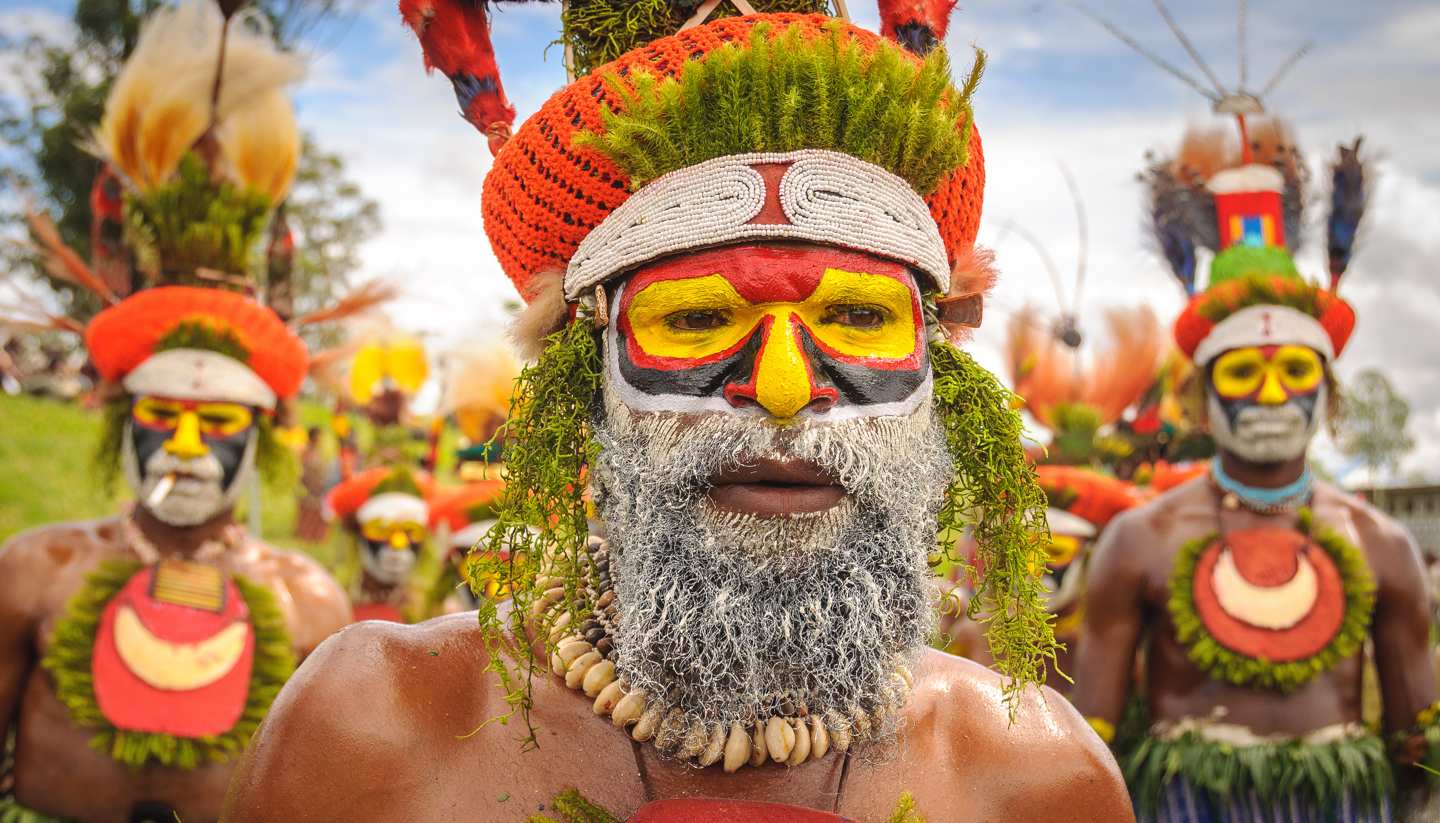 What vaccinations do I need for Papua New Guinea?

How many doctors are there in Papua New Guinea?

Is there rabies in Papua New Guinea?

Rabies is present in bats in Papua New Guinea. However, it is not a major risk to most travelers. CDC recommends rabies vaccine for only these groups: Travelers involved in outdoor and other activities in remote areas that put them at risk for bat bites (such as adventure travel and caving).

The law and order situation in Papua New Guinea continues to pose serious risks to travelers. Violent crime, including armed robbery, carjacking, and sexual assault, is common throughout the country, especially in urban areas such as Port Moresby, Lae, and Mt Hagen. The settlement areas in urban centers, including those in Port Moresby and Lae are particularly dangerous. Expatriates and foreigners have been the target of robbery and carjacking in the past. Robberies have been known to take place inside business premises in Port Moresby and other urban centers. Most of the time crime is opportunistic but organized criminal groups also operate in Papua New Guinea.

While in Papua New Guinea should exercise a high degree of personal security awareness at all times, especially in public places and areas frequented by foreigners. No resistance should be given if you are the victim of an armed robbery or carjacking, as this could lead to an escalation in violence. It is dangerous to walk the streets, particularly after dark. Avoid walking and travelling to isolated areas such as golf courses, beaches, and parks. As victims of robbery are often targeted due to their perceived wealth, it is advisable to avoid wearing or displaying items that appear valuable, such as electronic devices and jewellery. Consider hiring private security services such as security escorts when driving or use secure transport services.

Armed and unarmed carjackings and roadblocks in Port Moresby, Lae, and Mt Hagen continue to be a problem, as well as in the area between Lae and Nadzab Airport. Violence in such cases can occur. Road travel outside of major towns can be hazardous and travel along the Highlands Highway can be affected by tribal and community disputes. Armed robbery is also a regular occurrence and roadblocks can be used to stop vehicles and rob, extort or attack their occupants.

Drivers are urged to take extreme caution when driving at any time of the day, and driving at night should be avoided wherever possible. If travelling at night, you should not travel in a vehicle alone and strongly consider travelling in convoy with other vehicles or with a security escort. Always drive with windows closed and car doors locked. Where possible, avoid smaller or remote roads with less traffic.

Following a road accident, crowds can form quickly and may attack those perceived to be responsible. If you’re involved in an accident and perceive that your safety is at risk, don’t remain at the scene, instead proceed to the nearest known safe place or a Police station.

Visitors to Papua New Guinea should avoid using buses, known as PMVs (public motor vehicles), as they are poorly maintained and often targeted by criminals and police. Vehicles hired from a reputable car hire company,  or hotel transportation are a safer alternative. Travelers are advised to seek advice from their hotel or other trusted source.

On 16 June 2018, a state of emergency was declared in Southern Highlands province, after significant civil unrest and violence in the provincial capital of Mendi. Authorities have deployed additional security resources into the area. Tensions between ethnic or clan groups occur periodically, particularly in the Highlands region and in larger urban areas such as Lae and Port Moresby. These sometimes lead to outbreaks of tribal fighting, often involving the use of machetes or firearms. Disputes can escalate with little warning and can result in the destruction of property, disruption to services, and injuries or deaths. While foreigners are not usually targeted in this violence, Travelers should remain vigilant, stay clear of settlement areas and avoid large crowds or gatherings. Closely monitor the media and other local information sources for advice about safety or security risks. Protests and demonstrations occur in Papua New Guinea and previously have resulted in sporadic violent clashes between protestors and security forces. Travelers are advised to avoid all demonstrations, protests, and political rallies given the potential for these to turn violent with little warning. You should follow the instructions of local authorities at all times.

Papua New Guinea is in an active seismic area, and the most common natural disasters are earthquakes and volcanic eruptions. Kadovar Island volcano erupted in January 2018 leading to an evacuation of the island. On 26 February 2018, a 7.5 magnitude earthquake struck the Highlands causing significant damage to infrastructure including roads and telecommunications. A state of emergency was declared in the area to allow for disaster relief, and there has been large-scale population displacement in the region. The security situation remains unstable.

Travellers should be aware of the possibility of travel disruptions in the event of seismic or volcanic activity. There is an ongoing possibility of further earthquakes, which increases the risk of avalanches and landslides. Pay attention to all warnings issued, and follow any evacuation orders from local authorities.

If you are travelling outside major urban areas in Papua New Guinea, especially to more isolated areas, you should seek local advice before beginning your journey. Tourist facilities outside major towns are limited. Travel plans should be left with friends, relatives, or reliable local contacts. We recommend double-checking your travel insurance to ensure you will be covered in the event of rescue or medical evacuation. 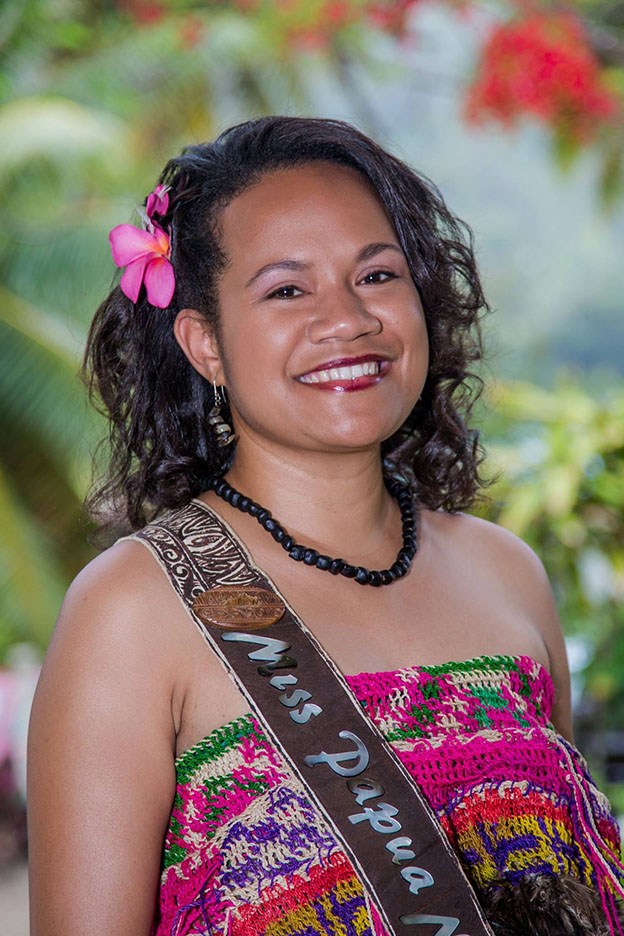 If you are travelling to Bougainville, you should seek local advice before doing so. Road conditions outside the main towns can be hazardous, particularly after heavy rains. Roadblocks also occur from time to time. Community sensitivities remain in the central mountainous area around the former Panguna mine and travelers are advised not to enter the area without seeking current local advice. Travellers should not enter or leave Papua New Guinea from Bougainville without making prior arrangements with Papua New Guinea Immigration.

Travelers intending to walk the Kokoda Track should hire a guide from a reputable travel company and ensure that the trekking permit is paid before leaving. For further information see the Kokoda Track Authority website. Exercise caution as serious crime is a risk and there have been attacks and robberies at each end of the trail.

Note: Unexploded ordnance from WWII still exists in Papua New Guinea, particularly along the Kokoda Track and at Milne Bay, Rabaul, and Bougainville.