Muster Point: Everything You Should Know 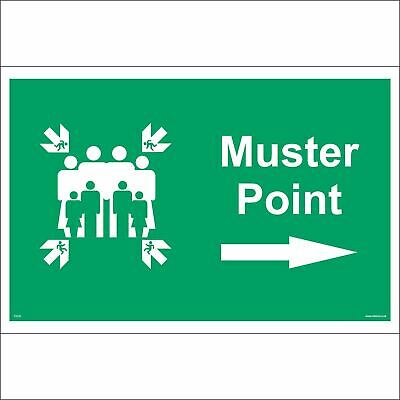 What is Muster Point

A muster point can be defined as a designated place or an area in a building, facility or location where all employees, guests or visitors to the work site, or a large crowd can assemble in case of an emergency. The muster point ensures that everyone knows where to gather even in the panic of an emergency. The location should be a safe distance from the work site and clear of additional hazards. Muster points also facilitates head counts and other measures that require everyone to be gathered in one place.

Muster points allow supervisors or other designated personnel to perform a roll-call and identifying any missing employees who may still be on the work site after the evacuation. This information can then be passed on to rescuers or emergency responders. Having all of the employees gathered in one spot also allows medical first responders to quickly identify who might need treatment (for smoke inhalation following a fire, for instance) and to administer it in a timely manner.

The Muster point has military origins . The term muster means the process or event of accounting for members in a military unit. Muster day was in effect for more than a century. Under the militia act of 1792, every able-bodied citizen between the ages of eighteen and forty-five was a member of the militia. The annual muster day accomplished actual enrollment of the members. Muster day also served as a significant social event in early America, at least for men. Since militia commanders often attempted to win their men’s cooperation by providing them with alcohol, muster day frequently degenerated into an annual drunken spree. After the Civil War, muster day generally lost importance.

This practice of inspections led to the coining of the English idiom pass muster, meaning being sufficient. When a unit is created, it is “mustered in” and when it is disbanded, it is “mustered out”.A muster roll is the list of members of a military unit, often including their rank and the dates they joined or left. A roll call is the reading aloud of the names on the muster roll and the responses, to determine who is present.Musters (in the sense of gatherings with roll calls) also take place in prisons.

Muster points and the routes to them must be well-marked and easily found during night or day.

Signs should point the way and mark the location of the muster point.

The standard safety sign design is green and white and depicts three or four figures standing together, usually with four arrows pointing to them.

Muster points must be close enough so that everyone can gather to it quickly during an emergency, but still far enough from the work site so that those who gather are safe from the hazard they’re fleeing. 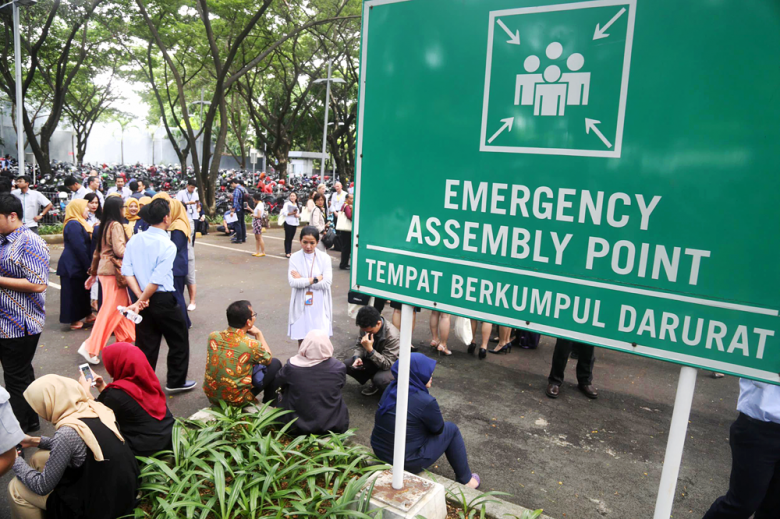 How do you protect yourself, your employees, and your business?

The best way is to prepare to respond to an emergency before it happens. Few people can think clearly and logically in a crisis, so it is important to do so in advance, when you have time to be thorough. Brainstorm the worst-case scenarios. Ask yourself what you would do if the worst happened. What if a fire broke out in your boiler room? Or a hurricane hit your building head-on? Or a train carrying hazardous waste derailed while passing your loading dock? Once you have identified potential emergencies, consider how they would affect you and your workers and how you would respond.

What is an emergency action plan?

Putting together a comprehensive emergency action plan that deals with all types of issues specific to your worksite is not difficult. You may find it beneficial to include your management team and employees in the process. Explain your goal of protecting lives and property in the event of an emergency, and ask for their help in establishing and implementing your emergency action plan. Their commitment and support are critical to the plan’s success.

What should your emergency action plan include?

At a minimum, your emergency action plan must include the following:

You also may want to consider designating an assembly location and procedures to account for all employees after an evacuation.

In addition, although they are not specifically required by regulators, you may find it helpful to include in your plan the following:

How do you alert employees to an emergency?

Your plan must include a way to alert employees, including disabled workers, to evacuate or take other action, and how to report emergencies, as required. Among the steps you must take are the following:

You might want to consider providing an auxiliary power supply in the event that electricity is shut off. Although it is not specifically required by regulators, you also may want to consider the following:

How Many Months Is Federal Fire Service Training