The 5 Types of Safety Signs 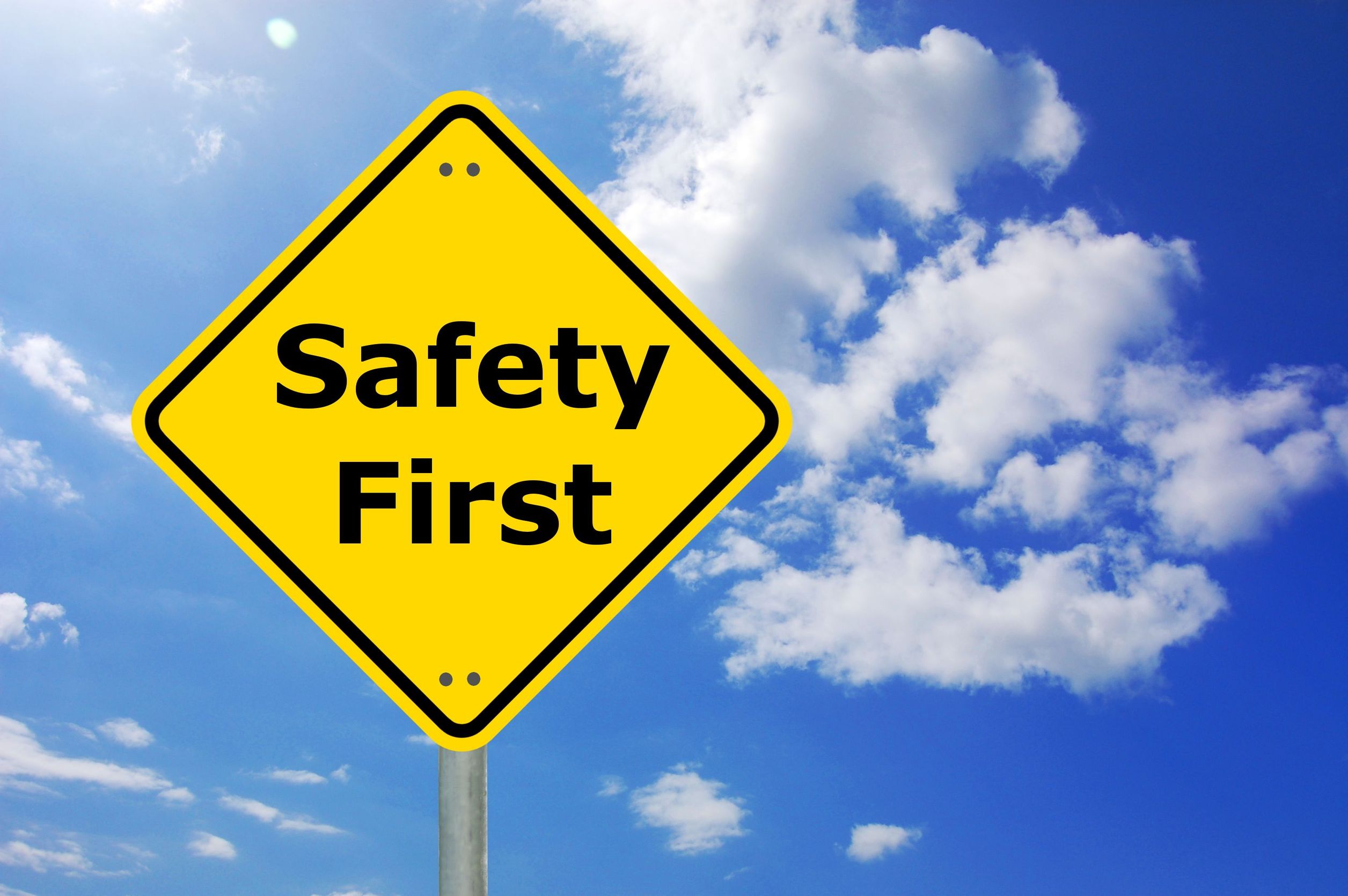 Safety signs are a type of sign designed to warn of hazards, indicate mandatory actions or required use of Personal protective equipment, prohibit actions or objects, identify the location of firefighting or safety equipment, or marking of exit routes. In addition to being encountered in industrial facilities; safety signs are also found in public places and communities, at electrical pylons and Electrical substations, cliffs, beaches, bodies of water, on motorized equipment, such as lawnmowers, and areas closed for construction or demolition.

History Of Safety and Warning Signs

Some of the first roadside signs which were ancient milestones merely gave distance measures. Hazard warnings were rare though occasional specimens appeared, such as the specific warning about horse-drawn vehicles backing up which was carved in stone in Lisbon’s Alfama neighborhood in 1686. The early signs did not have high-contrast lettering and their messages might have been easily overlooked. Signs were written in the local language (example); symbolic signs, though long used on certain tradesmen’s signs (like the pawnbrokers’ tri-ball symbol) were to be used for traffic only much later in history.

Complex signage systems emerged with the appearance of motorcars. In 1908 the automobile association in West London erected some warning signs. In 1909, nine European governments agreed on the use of four pictorial symbols, indicating bump, curve, intersection, and railroad crossing. The intensive work on international road signs that took place between 1926 and 1949 eventually led to the development of the European road sign system.

One of the earliest attempts to standardize safety signage in the United States was the 1914 Universal Safety Standards. The signs were fairly simple in nature, consisting of an illuminated board with “DANGER” in white letters on a red field. An arrow was added to draw attention to the danger if it was less obvious. Signs indicating exits, first aid kits consisted of a green board, with white letters. The goal with signs was to inform briefly.

As the 20th century progressed, and traffic volume and vehicle speeds increased, so did the importance of road sign visibility. Earlier flat-painted signs gave way to signs with embossed letters, which in turn gave way to button copy signs—round retroreflective “buttons” helped to achieve greater night visibility. Flat metal signs reappeared in the 1980s with the widespread use of surfaces covered with retroreflective sheeting materials like Scotchlite.

There are five types of Safety Signs: 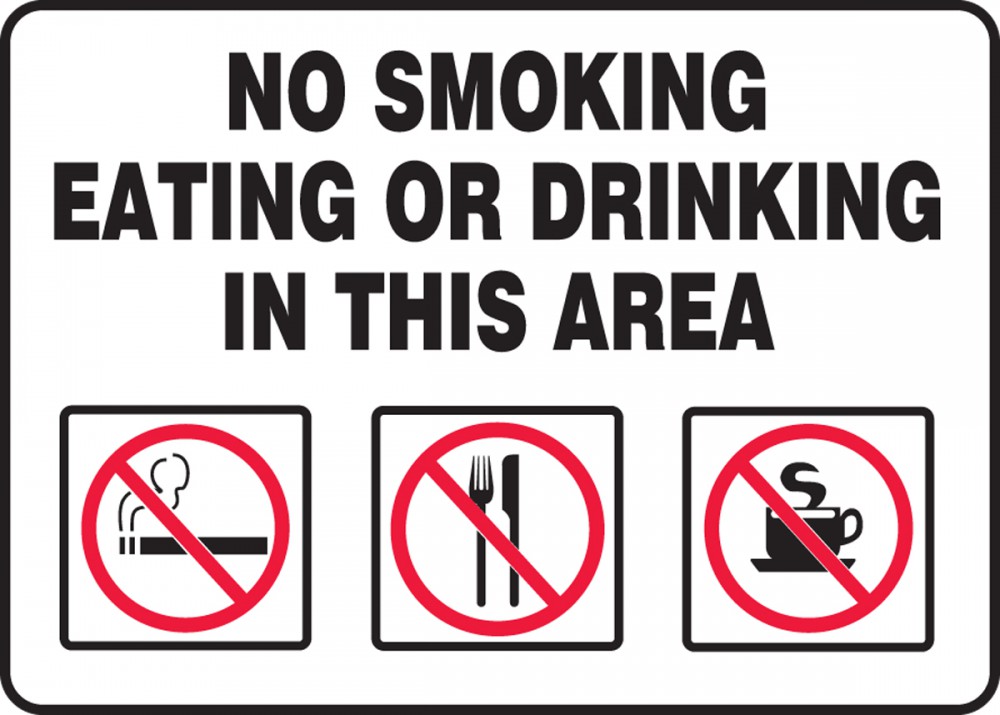 Prohibition Signs: A prohibition sign is a safety sign prohibiting behavior likely to cause a risk to health and safety. These health & safety signs are required to be red to show only what or who is forbidden. Prohibition safety signs generally depicted a black safety symbol in a red circle with a diagonal cross-through. 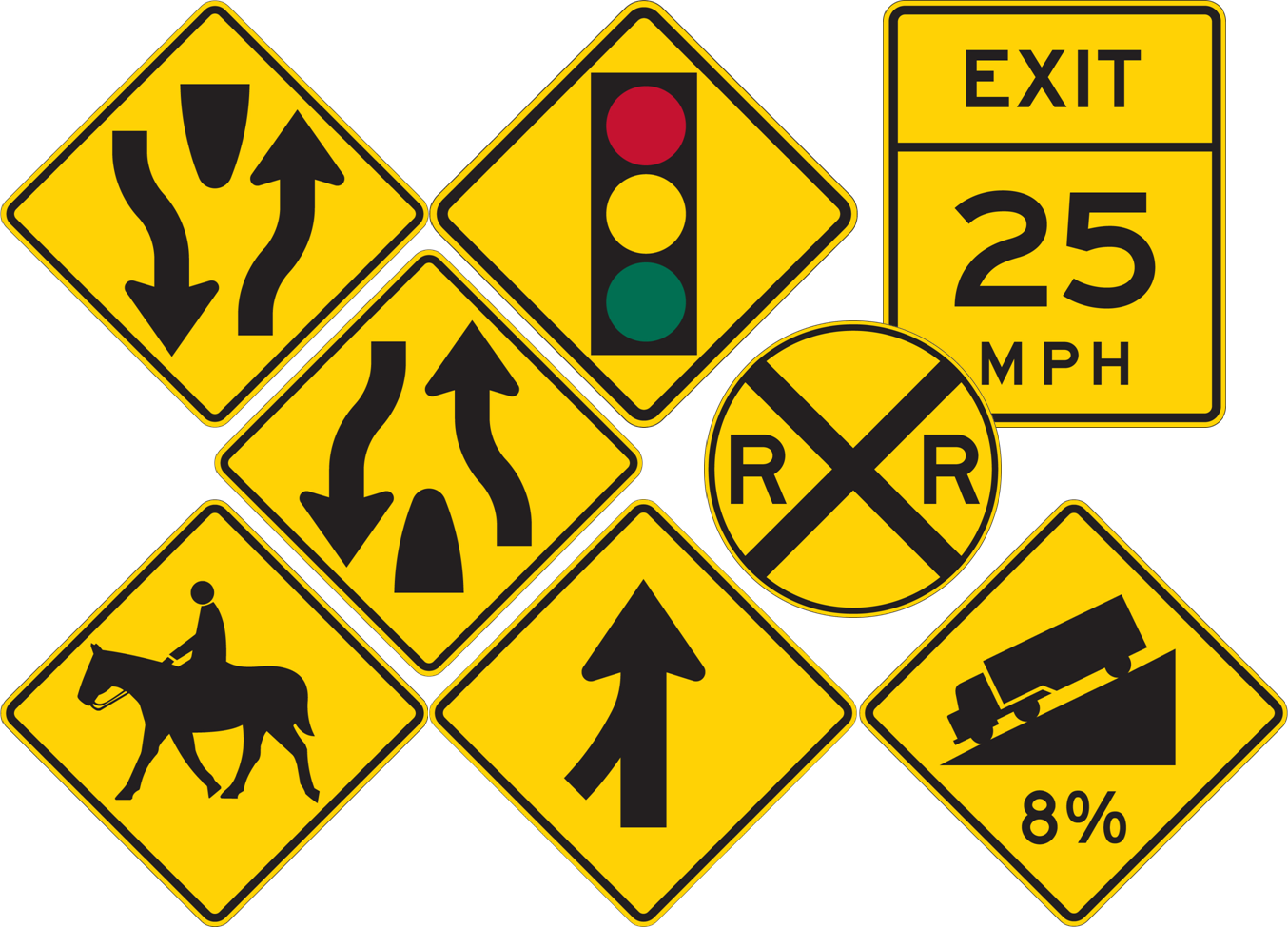 Warning Signs: A warning sign is a type of sign which indicates a potential hazard, obstacle or condition requiring special attention. Some are traffic signs that indicate hazards on roads that may not be readily apparent to a driver. 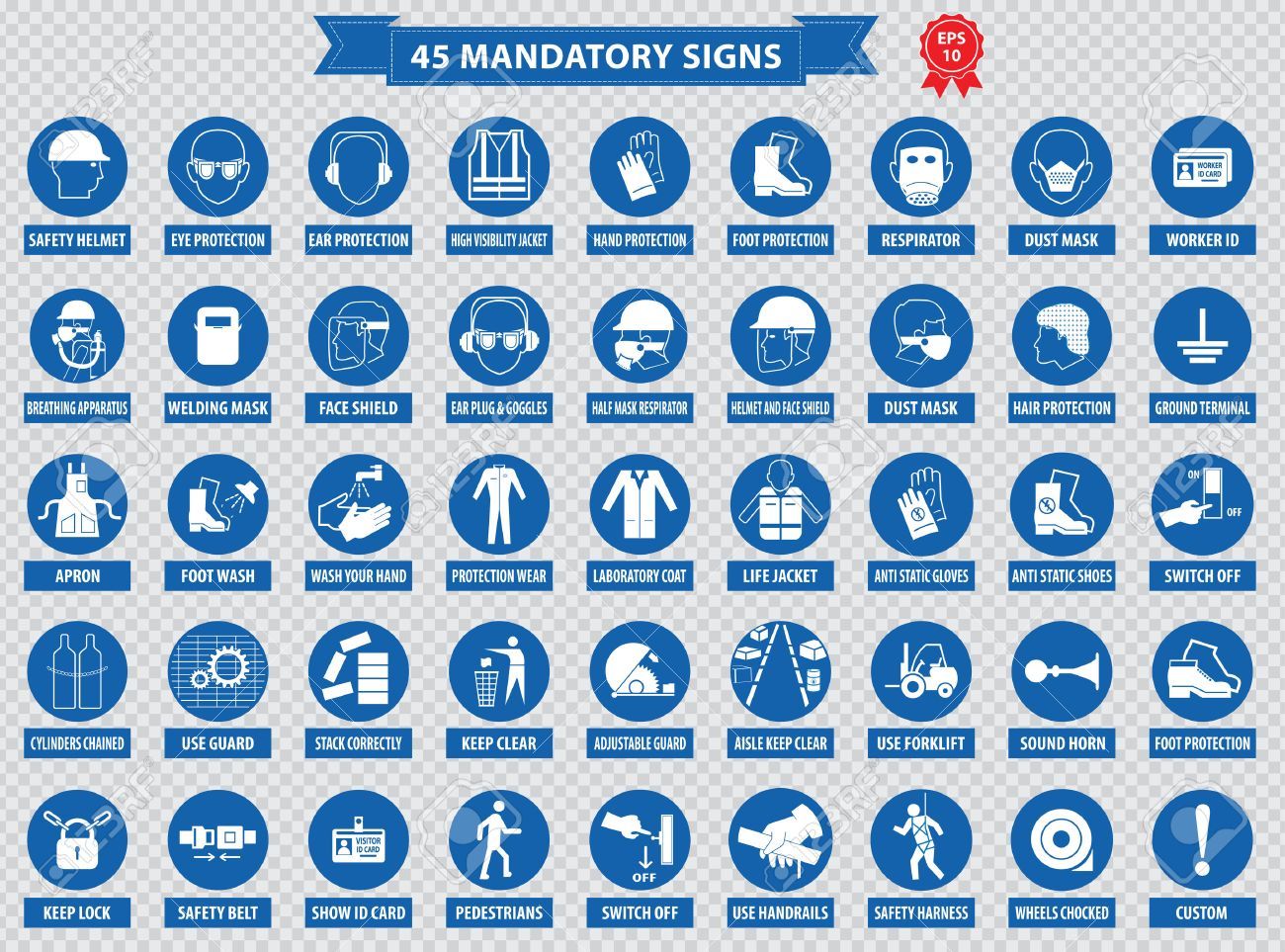 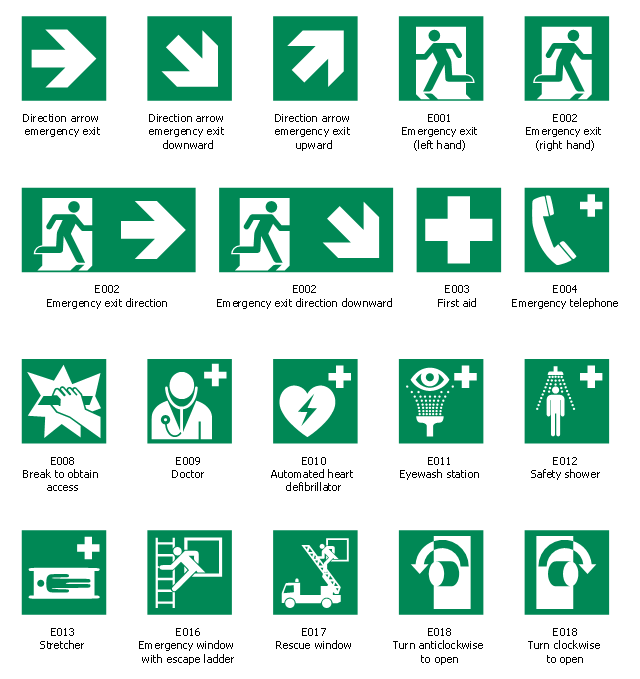 Safe Condition Signs: A safe condition sign is required to be green and shall show only the safety action, location of safety equipment, safety facility, or escape route. Safe condition signs generally use a white safety symbol on a green background. 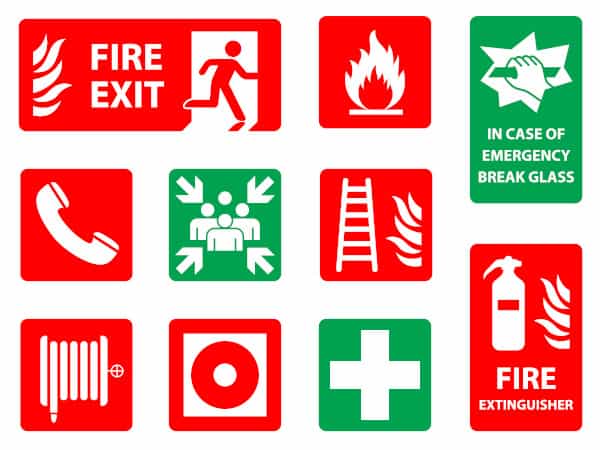 Fire Safety Signs: Fire safety signs are an essential element of fire protection to help you ensure staff and visitors know what to do in the event of an emergency. There are two types of fire signs

Fire exit signs: These signs are required in order to highlight the location of fire exits so those escaping the building quickly know which door to head for.

Fire equipment signs: These notices direct people to the location of fire fighting equipment such as extinguishers or fire hoses and also fire alarm activation areas. Depending on the layout of your building, this may not be required if the equipment itself is highly visible.

Why Is Road Safety Important?

Approximately 1.3 million people die each year on the world’s roads, and between 20 and 50 million sustain non-fatal injuries. According to the Global status report on road safety the first broad assessment of the road safety situation in 178 countries, using data drawn from a standardized survey. The results show that road traffic injuries remain an important public health problem, particularly for low-income and middle-income countries. Pedestrians, cyclists, and motorcyclists make up almost half of those killed on the roads, highlighting the need for these road users to be given more attention in road safety programmes. The results suggest that in many countries road safety laws need to be made more comprehensive while enforcement should be strengthened. The Global status report on road safety results clearly shows that significantly more action is needed to make the world’s roads safer.

Why Is Safety Workplace Important?

You may ask why we should follow safety precautions even as adults in the workplace. Well, all that learning about safety rules as a child had a purpose. As an adult, you’re expected to already know what the general rules are, even without being told. However, depending on your place of work, there will be more specific safety rules in place. These rules may dictate everything from how to operate a machine correctly to prevent injury or death to what to do if there is a fire or earthquake. Safety in the workplace is just as important as safety procedures in any other environment.

It’s human nature to not want to be told what to do. However, when we begin to understand the reasons behind the safety procedures that are in place, it helps us to recognize that these rules are always designed with one intention in mind: to keep ourselves and others as safe as possible. Without rules and regulations, people also wouldn’t be accountable when they do disregard safety rules and potentially harm others. All these rules exist to establish order, responsibility, and a sense of stability in our day-to-day lives.