Ligandrol LGD-4033: Benefits, Results, Before and After 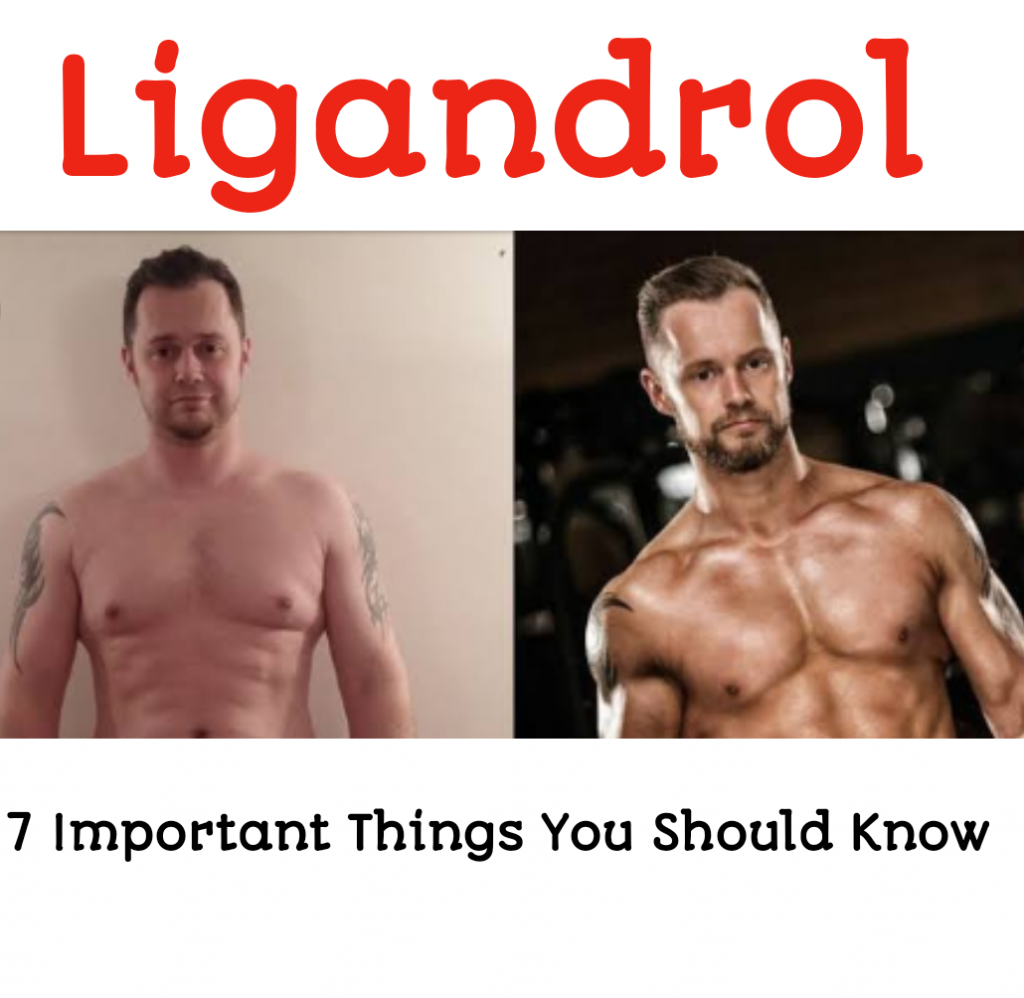 What is LGD 4033: Ligandrol (LGD-4033) is an investigational selective androgen receptor modulator (SARM) for treatment of conditions such as muscle wasting and osteoporosis, discovered by Ligand Pharmaceuticals and currently under development by Viking Therapeutics. LGD4033 can be used to achieve just about any bodybuilding goal, including bulking, cutting and re-composition.

An Investigational New Drug refers to a substance that has been tested in the laboratory and has been approved by the U.S. Food and Drug Administration (FDA) for testing in people. Clinical trials test how well investigational new drugs work and whether they are safe to use. An investigational new drug may be approved by the FDA for use in one disease or condition but still be considered investigational in other diseases or conditions. Though this mean a pharmaceutical company obtains permission to start human clinical trials and to ship an experimental drug across state lines (usually to clinical investigators) before a marketing application for the drug has been approved. Regulations are primarily at 21 C.F.R. 312. Similar procedures are followed in the European Union, Japan, and Canada.

LGD-4033 (Ligandrol) exhibits great affinity for selective androgen receptors in muscle and bone tissue that it binds to. The drug acts by mimicking the effect of androgens in these receptors. Ligandrol helps the user gain strength, gain lean muscle, lose fat, recover faster from injury and ensures  a great improvement in the overall quality of life. While the increased muscle mass is desirable for a bodybuilder or a gym buff, the increased strength and enhanced recovery from injury makes it an athlete’s delight. The recommended dosage of LGD 4033 for men is 10 milligrams (mg) per day for 8- 12 weeks. However, for women half that dosage is recommended.

Weight gain is an increase in body weight. This can involve an increase in muscle mass, fat deposits, excess fluids such as water or other factors .The larger your body is, the higher your blood pressure will be, since your heart needs to pump harder to circulate blood. Oral administration of LGD-4033 to cynomolgus monkeys at daily doses varying from 0 to 75 mg/kg over 13 weeks demonstrated significant body weight gain in both males and females.

LGD-4033 On the black market are illegal

A black market is a transaction where goods or services are exchanged illegally. What makes the market “black” can either be the illegal nature of the goods and services themselves, the illegal nature of the transaction or both. Though not an approved drug, LGD-4033 has been sold on the black market and has been found in drug testing samples of some athletes. Major problems such as adulteration and low quality that are a common feature of street sales of illegal LGD-4033 as well as with legal online markets,

In competitive sports, doping is the use of banned athletic performance-enhancing drugs by athletic competitors. The term doping is widely used by organizations that regulate sporting competitions. It basically means athletes taking illegal substances to make their performance better. The World Anti-Doping Agency (WADA) was established in 1999 as an international independent agency composed and funded equally by the sport movement and governments of the world. Its key activities include scientific research, education, development of anti-doping capacities, and monitoring of the World Anti-Doping Code (Code) – the document harmonizing anti-doping policies in all sports and all countries. LGD-4033 is listed in the prohibited drugs list of the World Anti-Doping Association that went into effect on 1 January 2019.

Joakim Simon Noah is a professional basketball player for the Memphis Grizzlies of the National Basketball Association. Born in New York City to a Swedish mother and a French father, he holds American, Swedish and French citizenship. In 2017, he was banned for twenty games by the NBA for testing positive for LGD-4033. In 2015, Will Grier the quarterback of the for the Carolina Panthers of the National Football League who also played for the West Virginia Mountaineers and Florida Gators, was suspended for testing positive for LGD-4033, a claim that the University of Florida denies.

Anecdotal experiences have shown us that LGD-4033 cycles are often ran from 6 to 8 weeks. And again, there are users who run it for longer periods of time but that is completely up to you. The half-life of Ligandrol  (LGD 4033) is roughly 24 to 36 hours. This means that dosing once a day is sufficient.

The side effects of LGD 4033 include:

Suppression of natural testosterone production: Testosterone is a hormone that is responsible for many of the physical characteristics specific to adult males. It plays a key role in reproduction and the maintenance of bone and muscle strength. According to recent studies, the administration of LGD 4033 suppresses the natural production of testosterone.

Suppression Sex hormone binding globulin: Sex hormone binding globulin (SHBG) is a protein made by your liver. It binds tightly to three sex hormones found in both men and women. These hormones are estrogen; dihydrotestosterone (DHT), and testosterone. It is involved in transport of sex steroids in plasma and its concentration is a major factor regulating their distribution between the protein-bound and free states. The use of LGD 4033 has been found to suppress the production and function of SHBG.

Suppression of high density lipoprotein (HDL) levels: The use of LGD 4033 is associated with high level suppression of High-density lipoprotein (HDL) in your body. HDL cholesterol is known as the “good” cholesterol because it helps remove other forms of cholesterol from your bloodstream. Higher levels of HDL cholesterol are associated with a lower risk of heart disease. Cholesterol is a waxy substance that’s found in all of your cells and has several useful functions, including helping to build your body’s cells. It’s carried through your bloodstream attached to proteins.

Headaches & Nausea: One of the most common side effects of LGD 4033 use is headaches and nausea. Headaches may occur on one or both sides of the head, be isolated to a certain location, radiate across the head from one point, or have a viselike quality. You could also experience the feeling of being sick and feeling as if you need to vomit when on this drug.

Dry mouth: Dry mouth, or xerostomia refers to a condition in which the salivary glands in your mouth don’t make enough saliva to keep your mouth wet. Having a dry mouth while taking this drug is often due to its side effect. SEE: Cardarine (GW501516)

How to Spot Fake SARMs

What are the Benefits and Side Effects of IPulse?