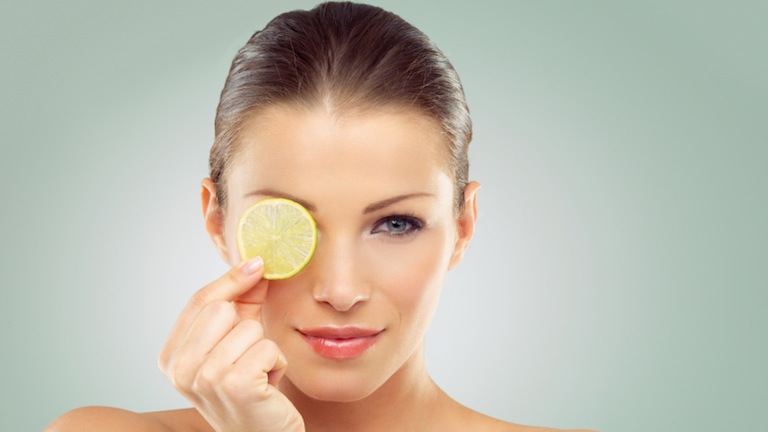 The true origin of lemons is not entirely known. They are thought to have originated in north-western India. It is known that lemons were introduced to southern Italy around 200 AD and have been cultivated in Egypt and Iran since 700 AD. Arabs spread lemons throughout the Mediterranean area during the early 2nd century.

A physician in the British Royal Navy proved that scurvy could be treated and prevented with citrus fruits. After this discovery, all British ships were stocked with a supply of citrus fruit. During the California Gold Rush, miners’ diets were poor, food was scarce, and scurvy was on the rise. Additional lemon trees were planted in California to prevent the disease. Interestingly, scurvy is not seen in most animals because they are capable of producing vitamin C. Humans and primates must rely on the foods that they eat to prevent a deficiency. In this article, we will discuss the benefits of lemon for women’s health which include:

In a 2008 study, rodents who consumed lemon peel phenols with a high-fat diet for 12 weeks gained less weight than those who did not consume lemon. In 2016, 84 premenopausal Korean women with a high body mass index (BMI) followed a lemon detox diet or another diet for 7 days. Those who followed the lemon detox diet experienced greater improvements in insulin resistance, body fat, BMI, body weight, and waist-hip ratio than those on the other diets. Further research is needed to confirm whether lemon can contribute to weight loss, and if so, how.

Some of the cancers that most often affect women are breast, colorectal, endometrial, lung, cervical, skin, and ovarian cancers. A healthy diet rich in fruits and vegetables may help prevent some cancers. Some observational studies have found that people who eat the most citrus fruit have a lower risk of cancer, while other studies have found no effects In test-tube studies, many compounds from lemons have killed cancer cells. However, they may not have the same effect on the human body

Another study used pulp from mandarins that contained the plant compounds beta-cryptoxanthin and hesperidin, which are also found in lemons. The study discovered that these compounds prevented malignant tumors from developing in the tongues, lungs, and colons of rodents.

However, it should be noted that the research team used a very high dose of the chemicals — far more than you would get by eating lemons or oranges.

While some plant compounds from lemons and other citrus fruits may have anticancer potential, no quality evidence suggests that lemons can fight cancer in humans.

Research suggests that women are at greater risk of getting flu than men because they tend to spend more time around children, who are more likely to have a flu-like illness in the first place. Foods that are high in vitamin C and other antioxidants may help strengthen the immune system against the germs that cause the common cold and the flu. One review found that, while vitamin C supplements do not appear the reduce the incidence of colds in a population, they may help reduce the length of time a cold lasts. Vitamin C may also help boost immunity in people who are undergoing extreme physical activity.

Squeezing a whole lemon into a glass of hot water with a large spoonful of honey makes a soothing drink for someone with a cough or cold. According to the National Institutes of Health, women need about 75 milligrams (mg) of vitamin C per day, but a slice’s-worth of lemon juice only has about one mg.

Prevents nausea and a source of Folate

Many pregnant women turn to herbal remedies for controlling nausea, as concerns regarding the safety of medications is increasing. Lemon essential oil is a popular herbal remedy for nausea and vomiting during pregnancy and tends to be safe. People should not ingest essential oils, however. They should inhale them during aromatherapy.

Taking lemon or lemon juice orally can help. Some studies have shown that lemon is more effective than a placebo for relieving nausea and vomiting during pregnancy when a woman takes it orally. There are some reports of side effects with lemon and other herbal medicines, such as ginger, black seed, prune, and mustard oil. However, there are no known complications from using lemon during pregnancy.

A study from 2014 reports that lemon inhalation therapy could help reduce nausea and vomiting during pregnancy. The researchers recruited 100 pregnant women, at 6–16 weeks gestation, with mild-to-moderate nausea with or without vomiting.

In addition, lemon contains folate. One average-sized lemon is low in calories and contains around 6.38 micrograms (mcg) Trusted Source of folate. During pregnancy, women require more folate because it is an essential nutrient for neural development in the growing fetus. READ: How To Whiten Teeth With Lemon