How To Whiten Teeth With Lemon 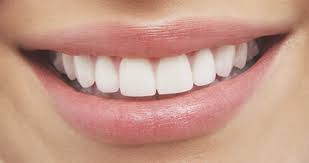 What is teeth whitening?

Teeth whitening involves bleaching your teeth to make them lighter. It can’t make your teeth brilliant white, but it can lighten the existing color by several shades.

When the American Academy of Cosmetic Dentistry asked people what they’d most like to improve their smile, the most common response was whiter teeth. Healthy smiles come in many shades, though it’s tempting to think ingredients in our own kitchens could hold the key to a brighter smile. Still, just because a method is natural doesn’t mean it’s healthy.

Teeth turn yellow for two reasons, both of which tend to accelerate with age:

The outer layer of teeth consists of enamel, which is colored almost white and protects the deeper tooth structure. Beneath the enamel is a layer of tissue called dentin, which is yellow-brown. When the enamel layer thins or wears away, the teeth begin to look darker. Acidic foods, gum disease, and aging can wear down tooth enamel. Some people also have enamel that is naturally thinner.

Specific foods and beverages, such as coffee, can stain the teeth. Some foods that stain the teeth may also wear down enamel, increasing the yellowing. their sources of stains include smoking and tobacco products and certain types of antibiotics.

With the invention of commercial toothpaste between 1800 and 1850, Americans concerned with dental health and whiter smiles had their first “go-to” product. In the 1960s, years of studying the element fluoride yielded another significant advance with cavity-fighting and teeth-whitening fluoride toothpaste.

In the 1980s, another important step forward was taken—recently stabilized hydrogen peroxide formulas meant that true whitening toothpaste could be developed and then sold to a public eager for whiter, brighter smiles.

Even with a wide variety of teeth whitening toothpaste and wildly popular whitening kits, strips, lights, and other procedures, some people are still turning to those so-called home remedies, primarily for budgetary reasons. But do they really work? And more importantly, could they actually be dangerous? 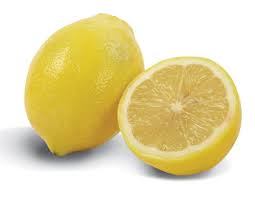 Lemon Juice and Your Teeth

Some people advocate brushing or rinsing with lemon juice to whiten teeth. But, lemon juice is actually citric acid and can harm teeth, causing them to lose calcium which gives teeth some of their off-white color. Once calcium is lost, it’s irreplaceable.

Lemons have a pH of 2.3, which is very low. The lower the pH, the more acidic it is. If you put lemon juice directly on your teeth, it starts causing damage immediately.

However, a 2015 study found that lemon juice eats away at tooth enamel, which protects your teeth from decay. Unlike other protective shields, such as your nails, tooth enamel doesn’t regrow.

Many proponents of using baking soda and lemon juice for whiter teeth insist that the harmful acid in lemon juice is balanced out by the high pH of baking soda. However, there’s no evidence that baking soda completely neutralizes the acidity of lemon juice. It’s also very hard to know whether you have the right ratio of acid to base when making your own paste at home. Given the risk of permanently damaging your tooth enamel, it’s best to leave the lemons in the kitchen.

If you’re interested in whitening your teeth, talk to your dentist first. They can recommend safe over-the-counter options or discuss more intensive treatments with you.

To reap the dental benefits of baking soda, try brushing your teeth with a mixture containing 1 teaspoon of baking soda and 2 teaspoons of water. You can also look for a toothpaste that contains baking soda and hydrogen peroxide. A six-week clinical trial found that toothpaste with these ingredients whitened teeth more than regular toothpaste did.

Nevertheless, if you still want to try out the Lemons watch this Video

How to Whiten Veneers with Baking Soda

Lemon and Vagina Tightening All You Wanted to Know
pros and cons of mouthwash with alcohol
January 10, 2021 Sanitation & HygieneadminComments Off on How To Whiten Teeth With Lemon