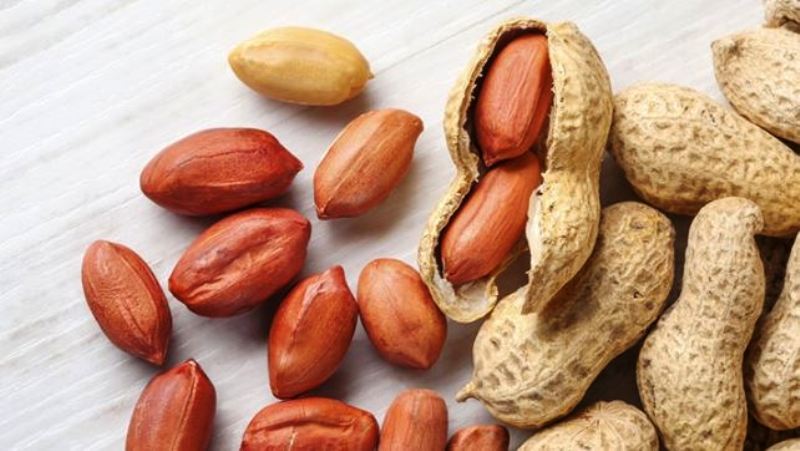 Groundnut water is obtained by steaming/ boiling groundnut in water for  15 – 30 minutes. Groundnut, also known as Peanuts are rich in monounsaturated fats, the type of fat that is emphasized in the heart-healthy Mediterranean diet. Studies of diets with a special emphasis on peanuts have shown that this little legume is a big ally for a healthy heart. In one such randomized, double-blind, cross-over study involving 22 subjects, a high monounsaturated diet that emphasized peanuts and peanut butter decreased cardiovascular disease risk by an estimated 21% compared to the average American diet. In addition to their monounsaturated fat content, peanuts feature an array of other nutrients that, in numerous studies, have been shown to promote heart health.

Peanuts are good sources of vitamin E, niacin, folate, protein and manganese. In addition, peanuts provide resveratrol, the phenolic antioxidant also found in red grapes and red wine that is thought to be responsible for the French paradox: the fact that in France, people consume a diet that is not low in fat, but have a lower risk of cardiovascular disease compared to the U.S. With all of the important nutrients provided by nuts like peanuts, it is no wonder that numerous research studies, including the Nurses’ Health Study that involved over 86,000 women, have found that frequent nut consumption is related to reduced risk of cardiovascular disease.

Peanuts are high in calories and contain all the 20 amino acids, the most abundant of them being arginine which stimulates the immune system. Furthermore, they are rich in several vitamins, minerals, and plant compounds that are used to treat many ailments. Peanuts may promote heart health, aid weight loss, prevent gallstones, and help in blood sugar control.

What Are The Health Benefits Of Groundnut water?

Groundnut water may HELP stabilize your blood sugar levels. Groundnut has a GI (glycemic index) score of 14. While the GI of groundnut is 14 (on a 100-point scale), their GL (glycemic load, which tells what a particular food will do to your sugar levels) is just 1. That is why the American Diabetes Association names groundnut as a diabetes superfood. The fiber in groundnut also helps lower blood sugar levels. They also contain magnesium and other healthy oils that play a role in this aspect.

One study conducted by the Federal University Of Vicoça (Brazil) on obese women found that consuming groundnut or peanut butter right in the morning may control blood sugar levels throughout the day (14). Another study conducted by the Harvard School of Public Health found that higher intake of groundnut and peanut butter can help reduce the risk of type 2 diabetes in women. Additionally, daily intake of a diet enriched with groundnut over 24 weeks could improve health parameters in patients with type 2 diabetes. The rich nutritional profile of groundnut is responsible for this, which includes monounsaturated fat, fiber, arginine, niacin, folate, and vitamin E.

Groundnut water may help protect against coronary heart disease (CHD). A study conducted by the Harvard School Of Public Health found that groundnut may lower bad cholesterol (LDL) levels . Bad cholesterol leads to plaque development in the blood vessels, and groundnut may prevent this. A study conducted on rats also stated that polyphenol-rich peanut skin extract may reduce the inflammation that causes heart disease. The resveratrol in groundnut has antioxidant properties that may help combat heart disease. That is why groundnut seems to have similar cardioprotective effects as other foods containing resveratrol. A study conducted by Purdue University found that regular intake of groundnut also lowers triglycerides, further promoting heart health. This effect can be attributed to the presence of monounsaturated fatty acids, folate, and magnesium. Furthermore, a study on rats conducted by Marmara University (Turkey) found that groundnut increase the levels of good cholesterol. However, more studies are warranted to understand this effect of groundnut.

May Aid Your Weight Loss Efforts

Groundnut water is very  high in calories, but they contribute to weight loss instead of weight gain. Groundnut are energy-dense foods . That is why having them as a snack, drink or shake may make you consume fewer calories later in the day. Groundnut elicited stronger feelings of fullness when consumed as a snack than with a meal. This may eventually help with weight loss. Some studies suggested that higher nut consumption was not associated with greater body weight gain and may aid weight control . Including groundnut in your diet is one way to enhance nutrient intake without causing weight gain. Research also shows that the consumption of groundnut and peanut butter can increase feelings of fullness. These could satisfy individuals better than carbohydrate-filled snacks in equal quantities.

High intake of groundnut (including other nuts) has been associated with a reduced risk of colorectal cancer. The isoflavones, resveratrol, and phenolic acid found in groundnut have anticancer properties which may help reduce the risk of cancer. A study conducted in The Netherlands found that peanut intake is also associated with a reduced risk of postmenopausal breast cancer. Groundnut were also found to prevent gastric and esophageal cancers among older American adults. When comparisons were made, individuals who did not consume any nuts or peanut butter were at the highest risk of developing these cancers .

Although, there is little research in this regard. Anecdotal evidence suggests that groundnut may help treat PCOS as they contain monounsaturated fats. Some research states that a diet high in these fats could help improve the metabolic profile of women with PCOS .

Groundnuts are rich in numerous plant compounds and antioxidants. Most of these compounds are available in the skin of groundnut, which should be eaten raw to get all of its benefits. Some of the plant compounds that are readily available in groundnut include resveratrol, coumaric acid, and phytosterols that help impair the absorption of cholesterol, isoflavones, and phytic acid found in plant seeds.

May Help Protect Against Alzheimer’s Disease

Foods that are rich in niacin – like groundnut water  – may protect against Alzheimer’s disease and age-related cognitive decline. Groundnut are an excellent source of niacin and vitamin E, both of which have been shown to protect against Alzheimer’s disease. A study conducted on 4000 people aged 65 years and older found that niacin from food slows down the rate of cognitive decline.

Many people, especially in West Africa see groundnut water as a natural remedy to  help tighten the vagina, remove yeast infections and clean up the womb. Unfortunately, there is no scientific evidence to support these claims that groundnut water tightens vagina. A vagina’s natural shape and elasticity changes over the course of a lifespan, and that means you have to adapt to those changes. This may mean trying new sexual positions or strengthening your pelvic floor muscles to regain strength and tightness.

Nevertheless, groundnut water contain high levels of zinc, which is associated with an increase in sperm count and motility. Up to a fifth of young men have a low sperm count, defined as fewer than 20 million sperm per millilitre of semen, and the problem is on the increase. READ: How to Make a Nutritious Tom brown 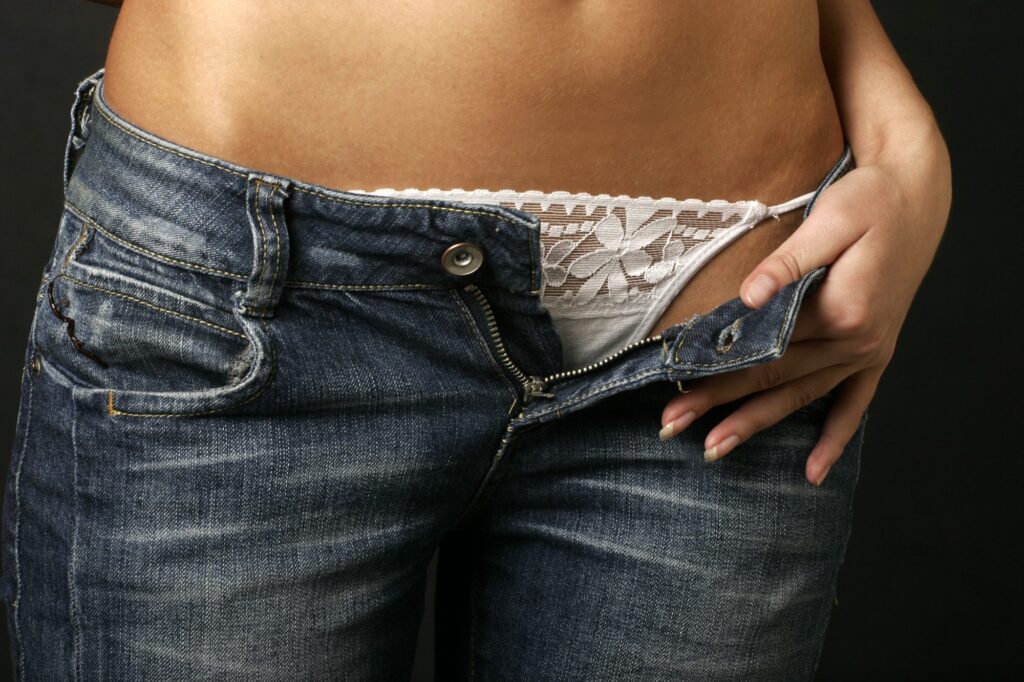 Side Effects of Groundnut Water

Groundnut water can contain a lot of oil derived from the nut which is safe for most people when taken by mouth, applied to the skin, or used rectally in medicinal amounts. However, groundnut water can cause serious allergic reactions in people who are allergic to groundnut, soybeans, and other members of the Fabaceae plant family.

Pregnancy and breast-feeding:  Groundnut oil in the water is also safe in amounts found in food, but there’s not enough information to know if it’s safe in the larger amounts that are used as medicine. Stick to normal food amounts if you are pregnant or breast-feeding. READ: Peanut Oil Smoke Point

Health Benefits and Side Effects of Cornflakes