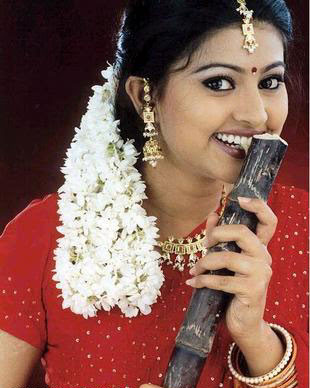 Good nutrition is an important component of a healthy lifestyle and a healthy baby. The best time to review your nutritional status to make appropriate changes is prior to conception. A very important time of fetal development is during the first several weeks of pregnancy when many women may not even realize they are pregnant. The nutritional changes that should occur prior to pregnancy must be individualized based on your medical status, weight and eating habits.

Pregnancy is one time in life when weight gain is not only desirable, but also encouraged. Recommended weight gain may depend on a number of factors, including pre-pregnancy weight. You might also expect to gain more if you are carrying multiple babies. Your health care provider can help you determine what a reasonable weight gain is for you. The American Academy of Family Physicians is a good resource for even more information.

During pregnancy, it’s especially important to eat well and have all nutrition to maintain a healthy lifestyle for both mother and child. However, the immune system is weaker during pregnancy. Some foods should be avoided or only consumed in little doses. Take time to read up and get informed.

What is Sugar cane?

Sugarcane or sugar cane refer to several species and hybrids of tall perennial grass in the genus Saccharum, tribe Andropogoneae, that are used for sugar production. Sugarcane juice is a sweet, syrupy liquid that’s pressed from peeled sugar cane. It’s often sold by street vendors who mix it with lime or other juices and serve it over ice for a tasty drink.

It’s processed to make cane sugar, brown sugar, molasses, and jaggery. Sugarcane can also be used to make rum, and in Brazil it’s fermented and used to make a liquor called cachaça. Sugarcane juice isn’t pure sugar. It comprises about 70–75% water, about 10-15% fiber, and 13–15% sugar in the form of sucrose — the same as table sugar.

In its unprocessed form, it’s also a good source of phenolic and flavonoid antioxidants. These antioxidants are the primary reason that some people claim it has health benefits. Because it’s not processed like most sugary drinks, sugarcane juice retains its vitamins and minerals.

As it also contains electrolytes, such as potassium, it has been studied for its hydrating effects. In a study in 15 cycling athletes, sugarcane juice was shown to be as effective as a sports drink in improving exercise performance and rehydration. Yet, it raised athletes’ blood sugar levels during exercise. Its benefits were largely linked to its carb content and its ability to restore energy reserves in your muscles after a workout.

Web MD states that; although sugar is often associated with weight gain, consuming some sugarcane can boost your metabolism and moderate weight gain in pregnant women. Studies have found that consuming sugarcane juice with ginger can help decrease the occurrence of morning sickness and strengthen the immune system of pregnant women as well.

In addition, Sugarcane juice has been found to be a great addition to a pregnant woman’s diet. It facilitates quicker conceptions and safer pregnancy. Sugarcane juice also contains trace amounts of folic acid or vitamin B9 that is known to protect from neural birth defects like Spina bifida. Also, research has discovered that sugarcane juice minimizes ovulating problems in women, thereby increasing chances of conception.

However, a new study published in the American Journal of Preventive Medicine, has found that sugar and soda consumption may affect a child’s memory and learning. But it’s not all bad news: Researchers also concluded that eating more fruit (both you and your LO) could bolster kids’ cognitive abilities.

This research only serves to reiterate that indulgence, especially in sugary snacks, is usually best done in moderation. It also emphasizes how important it is to follow a healthy diet when you have a baby on the way.

Besides keeping sugarcane to a minimum, here are a few more rules of thumb that may come in handy when trying to eat healthy during pregnancy:

And if you have a baby or toddler running around, here are a few sugar-related tips to keep in mind: