Is It Safe To Drink Milo While Pregnant? 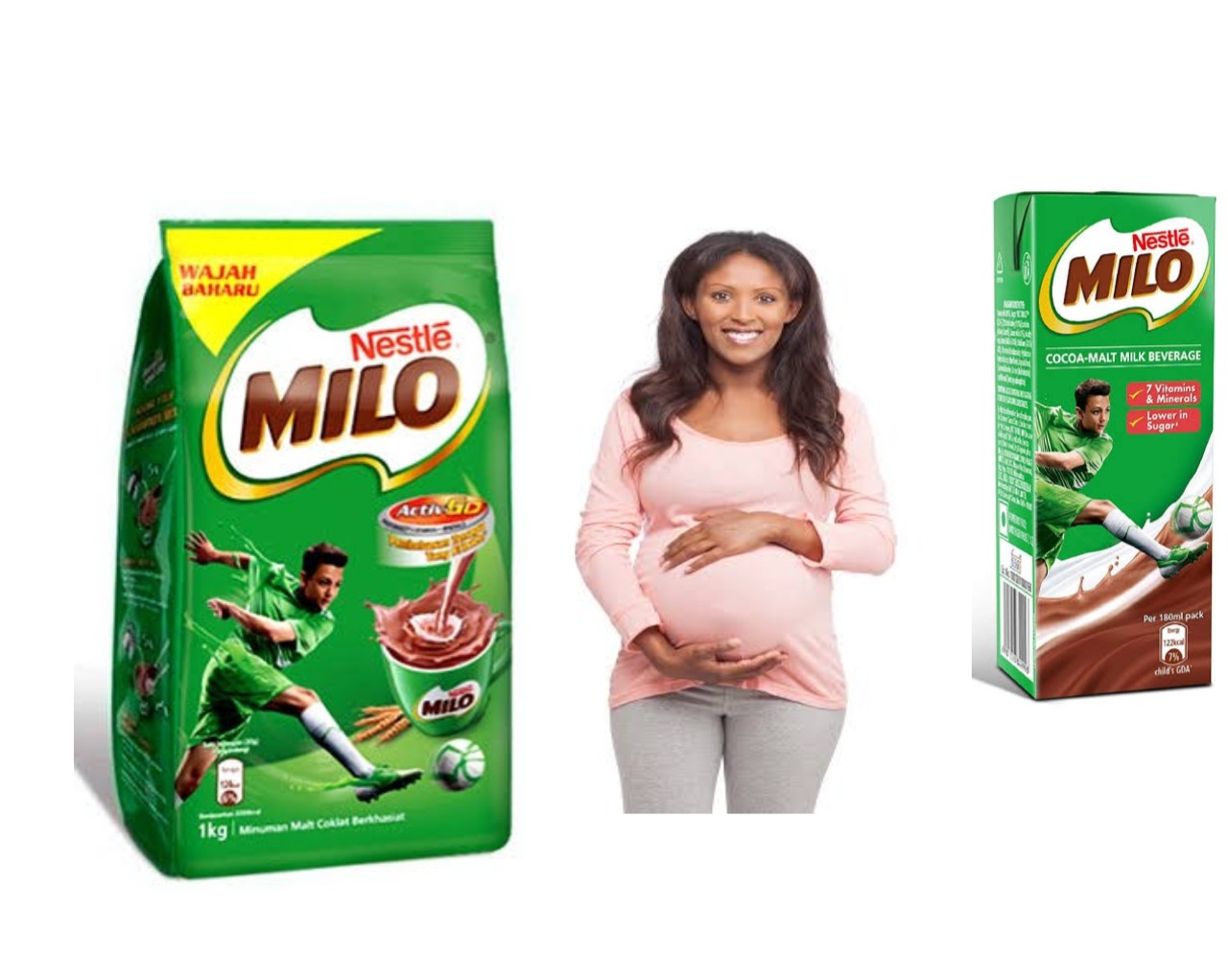 When you’re pregnant, nutrition is more important than ever. You need more of many important nutrients than you did before pregnancy. Making healthy food choices every day will help give your baby what he or she needs to develop. It will also help make sure that you and your baby gain the proper amount of weight.

A healthy pregnancy diet is important for both mom and baby, as what a woman eats and drinks during pregnancy is her baby’s main source of nourishment. Experts recommend that a mother-to-be’s diet should include a variety of healthy foods and beverages to provide the important nutrients a baby needs for growth and development.

Milo is a chocolate-flavored malted powder product produced by Nestlé, typically mixed with milk, hot water, or both, to produce a beverage. It was originally developed in Australia by Thomas Mayne in 1934.

Most commonly sold as a powder in a green can, often depicting various sporting activities, Milo is available as a premixed beverage in some countries and has been subsequently developed into a snack bar, breakfast cereal, and protein granola. Its composition and taste differ from country to country.

Milo maintains significant popularity in a diverse range of countries throughout the world, particularly in Australasia, Asia, and Africa.

Is it Safe to drink Milo while pregnant?

Yes, Milo is a very good source of vital nutrients, vitamins, and minerals needed during pregnancy. There are several benefits of drinking Milo when pregnant, Milo is high in calcium, which can reduce your risk of preeclampsia, a serious medical condition that causes a sudden increase in blood pressure. Calcium also builds up your baby’s bones and teeth.

Milo is also a good source of iron, a pregnant women need 27 milligrams of iron a day, which is double the amount needed by women who are not expecting, according to ACOG. Additional amounts of the mineral are needed to make more blood in order to supply the baby with oxygen. If a pregnant woman gets too little iron, she could develop anemia, a condition resulting in fatigue and an increased risk of infections.

To increase the absorption of iron, a healthy pregnancy diet should include a good source of vitamin C with meals containing iron-rich foods, ACOG recommends. For example, have a glass of orange juice at breakfast with an iron-fortified cereal.

Standard Milo is also a rich source of vitamins B1, B2, B6, and B12 which are very vital during pregnancy. B vitamins play a crucial role in your strength and health while your baby is developing. During your first and third trimesters, most women feel more tired and run down than usual. Vitamin B-rich beverages like Milo help boost your natural energy with these nourishing vitamins for your growing baby.

Between Milo and Bournvita which one is good for pregnant a woman?

When it comes to pregnancy, Milo is better than Bournvita because it has more nutrients that are beneficial during pregnancy. Though each beverage is fortified with important vitamins and minerals, the presence of vitamin A  (750.0 mcg) in Bournvita, is a risk many women will not want to take. Consuming large amounts of vitamin A can harm an unborn baby. So if you’re pregnant or thinking about having a baby, do not eat foods that are very high in vitamin A. Also, avoid taking supplements that contain vitamin A.

How much Milo should I take during pregnancy?

The popular saying is that pregnant women “eat for two,” but now we know that it’s dangerous to eat twice your usual amount of food during pregnancy.

There are 90 calories in 3 tablespoons of Milo (23 g) of Nestle Milo. If you are pregnant with one fetus, you need an extra 340 calories per day starting in the second trimester (and a bit more in the third trimester). That’s roughly the calorie count of a glass of skim milk and half a sandwich. Women carrying twins should consume about 600 extra calories a day, and women carrying triplets should take in 900 extra calories a day.

Avoid consuming too much Milo during pregnancy because its high sugar content will do little to satiate your hunger. Instead, it will just stimulate your sense of hunger and get you to keep on eating. Therefore, if you are consuming a large amount of sugar, you’ll just end up putting on more weight.

Milo is an excellent beverage for pregnant women and nursing mothers because it contains ACTIGEN-E, a unique combination of 8 vitamins and 4 minerals such as magnesium, B-vitamins, vitamin C, and Calcium to help optimize the conditions for the release of energy from carbohydrates, Protein and Fat in your diet. It is important to make sure you and your child are receiving sufficient nutrients and energy throughout the day to help you stay healthy.

Is It Safe To Drink Malt During Pregnancy?