Why You Should NOT Buy Jamaican Black Stone 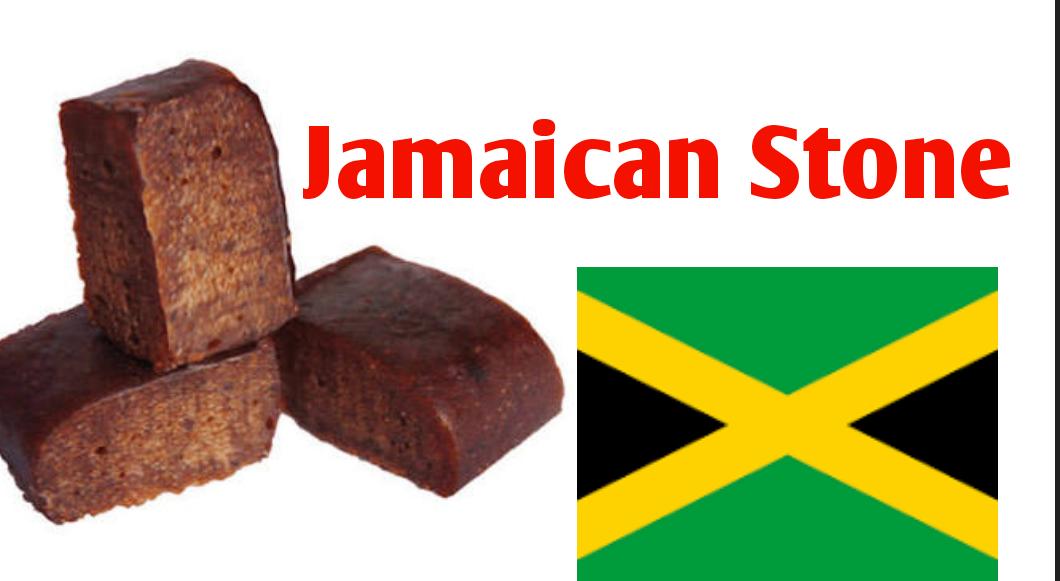 Jamaican Stone is a kind of cardioactive steroid sap derived from a tree native to Jamaica. It is used to change the level of stimulation while enhancing the erection and delaying ejaculation. It is banned in most countries including the United States. The Food and Drug Administration banned it after someone died from eating it. And the ingredients have been found by researchers to be potentially dangerous.

According to published study, poisoning by ingestion of ‘Jamaican Stone’ is extremely rare. However, mortality is very high. For this reason, when it occurs, an early and accurate diagnosis represents a critical challenge for clinicians. Jamaican Stone is one of the more unusual ways to last longer during sex  but has remained a popular product in a few communities around the world, where some men swear by its potency.

What is Jamaican Stone Made From?

Jamaican stone is said to be harvested from the tree sap of a tree native to Jamaica and some other Caribbean Islands. It’s also known as Jamaican Black Stone due to the color of the finished product, although it’s possible to find it in other forms, such as drops or gels. Strangely, nobody seems to know the name of the tree it comes from and it was reported that some versions of Jamaican stone  contain toad venom from the Bufo genus. Apparently, both the toad venom and the tree sap contain chemicals known as bufadienolides, which can disrupt the normal rhythm of the heart. So no matter where it comes from, it doesn’t exactly seem the safest option.

According to the book toxicological emergencies, Cardioactive steroids (CAS) remain in wide use throughout the world, although their benefits have become more and more restricted. Some of the most remarkable poisonings occur with exposures to plants such as Digitalis purpurea and Nerium oleander containing CAS, which are used by herbalists for varied disorders. Recent abuse of dried toad secretions from Bufo spp has lead to deaths with typical CAS morbidity and very high mortality.

How Jamaican stone is Used

Possible issues and side effects

Death reported in the news

In 2008, many U.S. news outlets (such as New York Post), reported that the New York health department was warning people not to use Jamaican Stone. This was apparently because a man died after eating it.

Health officials started warning New Yorkers to stay away from the illegal aphrodisiac made from toad venom after the product apparently killed the man. The product was sold at sex shops and neighborhood stores under names including Piedra, Love Stone, Jamaican Stone, Black Stone and Chinese Rock. Even though it is banned by the Food and Drug Administration, shipments from overseas suppliers still occasionally slip past customs. Buyers may have no idea they are dealing with anything illegal or dangerous. The various types of “stone” are often sold packaged in plastic, with a barcode, a price tag and official-looking instructions for use.

According to Mayo clinic, priapism is a prolonged erection. The persistent erection continues hours beyond or isn’t caused by sexual stimulation. Priapism is usually painful. Although priapism is an uncommon condition overall, it occurs commonly in certain groups, such as people who have sickle cell anemia. Local aphrodisiacs like Jamaican stone have been identified as the commonest predisposing factor.

Can priapism go away on its own?

If you have high-flow priapism, immediate treatment may not be necessary. This type of priapism often goes away on its own. Cold therapy with ice packs can get rid of an involuntary erection. Sometimes, doctors suggest surgery to stop blood flow to the penis, or to repair arteries damaged by an injury to the penis.

What happens if you have an erection for more than 4 hours?

Blood flow that’s not normal can cause priapism, an erection that lasts for more than 4 hours, is usually painful, if you don’t get treatment right away, it can lead to scarring and permanent erectile dysfunction (ED).

What are the causes of erectile dysfunction (ED)?

Here are the top 10 causes of erectile dysfunction

Just like with many health issues, erectile dysfunction becomes more common as you age. While about 2% to 12% of men at age 40 experience some form of ED, this percentage goes up with every decade of life. In fact, more than half of men over 70 years old experience some symptoms of ED.

Fortunately, this is a reversible problem. With the right support, you can lose weight and start to exercise more. As you do, you will probably notice your erections getting better and lasting longer. Always check with your healthcare provider before starting any diet or exercise plan, though.

Diabetes is such an overwhelming diagnosis for many reasons, and unfortunately, erectile dysfunction is one of the medical problems a man with diabetes often has to live with. The longer you have diabetes (either type 1 or type 2), the more likely you are to experience ED.

But, the good news is, how well you control your blood sugar levels really affects your risk for ED. An estimated 2% to 12% of all 40-year-old men experience ED, but that percentage jumps to 50% if you only look at those with high blood sugar. Erectile dysfunction caused by diabetes isn’t always a completely reversible problem, but you can definitely make it a lot better or less likely to happen by following your doctor’s advice to control your blood sugar.

Erectile dysfunction actually has an interesting relationship with a man’s heart health. It’s been known for a while that things like high blood pressure and high cholesterol can cause ED. However, recent research has actually shown that when healthy men develop erectile dysfunction, many of them end up being diagnosed with heart disease less than 5 years later. So, if you are experiencing ED and have had no other health issues, you may want your doctor to take a look at your heart. You might be able to prevent the development of heart disease by catching the warning signs early.

Smoking and other tobacco use is connected to many health problems, including erectile dysfunction. The use of tobacco decreases blood flow throughout your entire body. This includes the blood vessels in a man’s penis. If the blood supply is decreased there, it becomes much more difficult for you to achieve and maintain an erection. Thankfully, this is reversible. If you stop smoking, you’ll notice your erections will improve.

Quitting smoking can be hard, but it’s never too late to try. Even if you’ve tried quitting before, help is always on hand. Is today the day?

There are a number of medications, both prescription and otherwise, that can contribute to or cause erectile dysfunction. These include some antidepressants, some blood pressure medications, some antihistamines, some acid reflux medications, and opioid pain medications. This is not an exhaustive list though, so if you are having difficulty with erections and recently started a new medication, ask your pharmacist or prescribing doctor if the two things could be connected.

Keep in mind: Drinking too much alcohol and using recreational drugs (including marijuana) can also cause erectile problems.

You have probably heard the phrase “mind over matter” before. Well, when it comes to erectile dysfunction, your brain plays a major role in your ability to achieve and sustain an erection. If you’re under stress or struggling with your mental health, your brain can have trouble creating nerve connections and releasing the hormones responsible for causing an erection. Examples of these stressors include things like depression, anxiety, relationship difficulties, grief, watching too much pornography, and even performance anxiety in the bedroom (think first-time jitters). These are manageable and potentially reversible with the right support or treatment.

It should be no surprise that an unhealthy prostate can lead to erectile dysfunction. The prostate is responsible for creating one of the components of semen. While benign prostatic hyperplasia (BPH) doesn’t cause ED, the medicines used to treat it can. On the other hand, chronic inflammation of the prostate or prostate cancer can cause painful ejaculation and difficulty achieving an erection. Be sure to talk to your doctor if you have known prostate issues and are experiencing ED.

A common question men have is whether sexually transmitted infections (formerly known as STDs) can lead to erectile dysfunction. The short answer is yes. Certain STIs, like chlamydia, gonorrhea, untreated HIV, and viral hepatitis can sometimes cause infections in the prostate gland. If this does happen, then it is possible for you to have symptoms of ED.

Most of the time, if you treat both the prostate infection and take steps to manage STIs, any issues with ED will resolve as well. If a prostate infection is left untreated, though, it can cause permanent damage, so it’s better to see your doctor about it sooner rather than later.

An estimated 1 in 4 men has lower-than-normal levels of testosterone, also known as low T. Low T causes all types of men’s health issues, including hair loss, insomnia, low sex drive, and erectile dysfunction. The lower the level of testosterone, the more symptoms you may experience. This is very easy to identify with a simple blood test, and can be managed with medications. Once testosterone levels are brought back to normal, most men will notice their ED symptoms getting better or going away altogether. SEE: Vega 100 Tablets

Which Drugs Can Cause Erectile Dysfunction?

What Are The Top Health Problems and Issues Men Face?

Does Cialis 120 mg Exist?
Jamaican Stone
July 30, 2020 Men's HealthPublic HealthComments Off on Why You Should NOT Buy Jamaican Black Stone