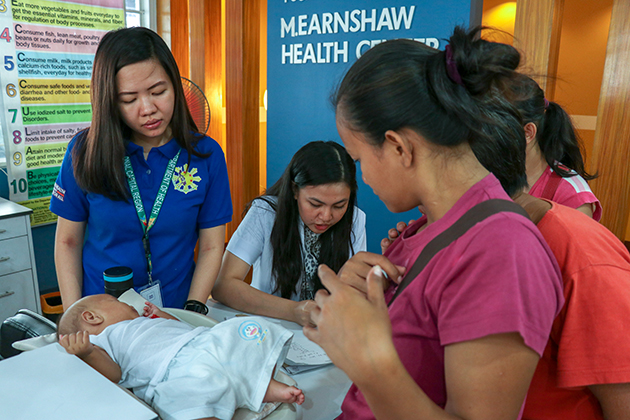 The Philippines Expanded Program on Immunization (EPI) was established in 1976 to ensure that infants/children and mothers have access to routinely recommended infant/childhood vaccines. Six vaccine-preventable diseases were initially included in the EPI: tuberculosis, poliomyelitis, diphtheria, tetanus, pertussis, and measles. In 1986, 21.3% “fully immunized” children less than fourteen months of age based on the EPI Comprehensive Program review. Immunization is a global health and development success story, saving millions of lives every year. Vaccines reduce the risks of getting a disease by working with your body’s natural defenses to build protection. When you get a vaccine, your immune system responds.

We now have vaccines to prevent more than 20 life-threatening diseases, helping people of all ages live longer, healthier lives. Immunization currently prevents 2-3 million deaths every year from diseases like diphtheria, tetanus, pertussis, influenza, and measles. Immunization is a key component of primary health care and an indisputable human right. It’s also one of the best health investments money can buy. Vaccines are also critical to the prevention and control of infectious disease outbreaks. They underpin global health security and will be a vital tool in the battle against antimicrobial resistance. SEE: National Immunization Schedule of India 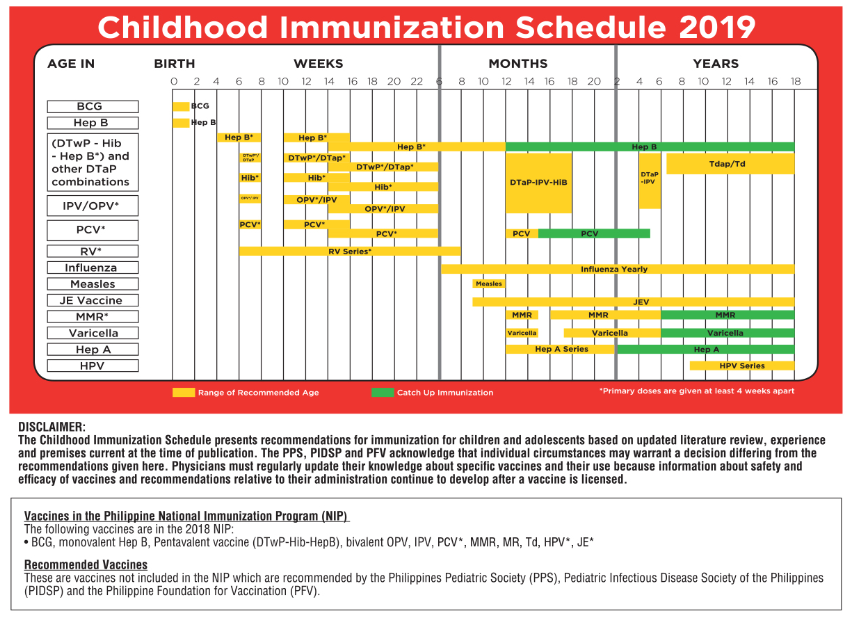 Immunization Schedule In The Philippines

In the Philippines, childhood immunization coverage has been declining sharply in recent years from 87 percent in 2014 to 68 percent in 2019, exposing children to vaccine-preventable diseases such as measles and polio. The recent measles outbreak in the Philippines in 2019 saw a staggering 130 percent increase in cases compared to the same period in 2018. Polio re-emerged in the country in 2019 with 17 confirmed cases and health experts fear an increase as the polio outbreak response had to be suspended due to COVID-19.

Some of the challenges of immunization in the Philippines include; Predicting vaccines stock out, reaching remote areas and disadvantaged children as well as increasing the budget and staff of local governments to prevent a further decline in immunization rates.