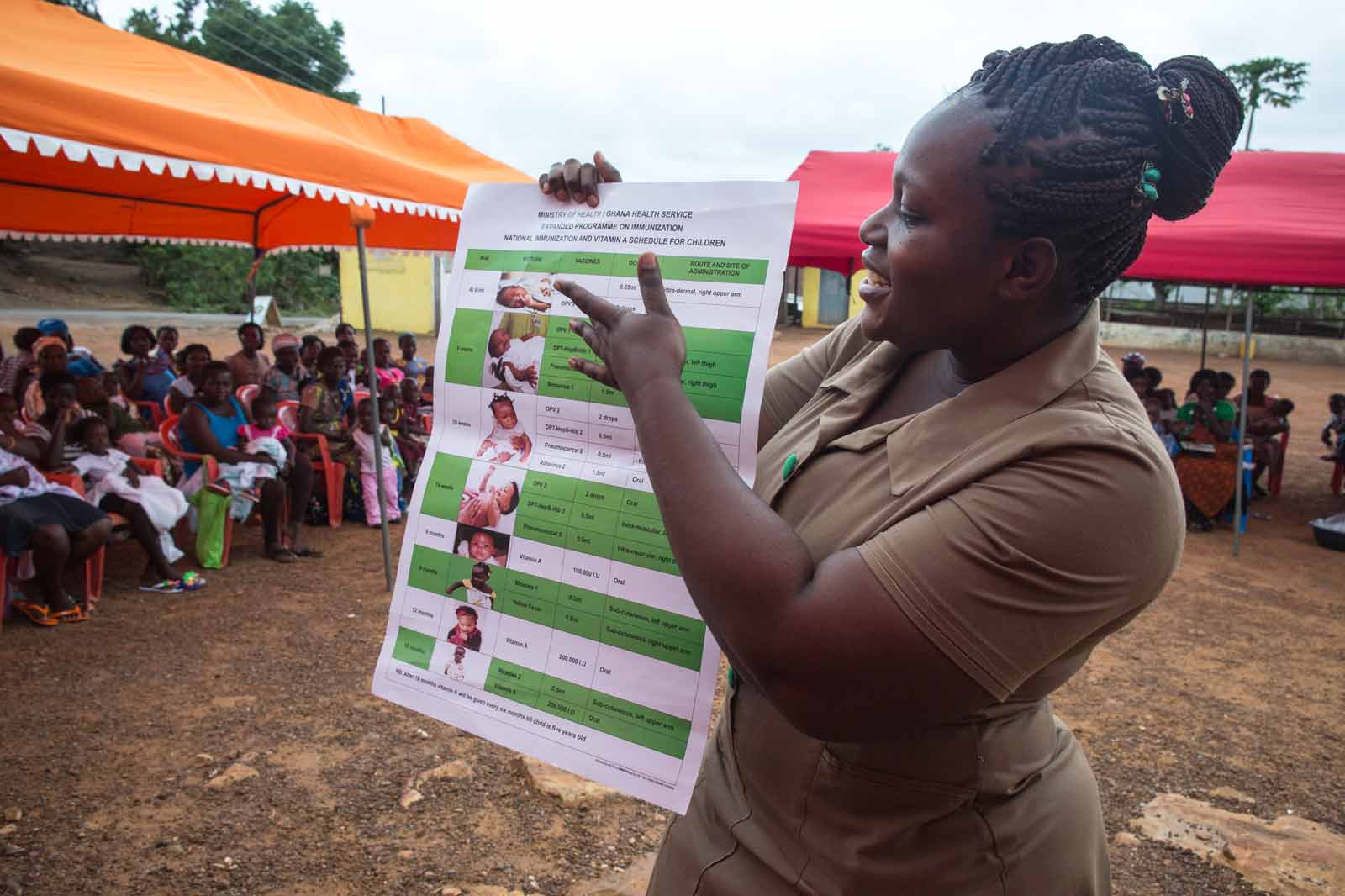 Immunization is the process of giving a vaccine to a person to protect them against disease. Immunity (protection) by immunization is similar to the immunity a person would get from disease, but instead of getting the disease, you get a vaccine. This is what makes vaccines such powerful medicine.

Immunization is a global health and development success story, saving millions of lives every year. Vaccines reduce the risks of getting a disease by working with your body’s natural defenses to build protection. When you get a vaccine, your immune system responds.

We now have vaccines to prevent more than 20 life-threatening diseases, helping people of all ages live longer, healthier lives. Immunization currently prevents 2-3 million deaths every year from diseases like diphtheria, tetanus, pertussis, influenza, and measles. Immunization is a key component of primary health care and an indisputable human right. It’s also one of the best health investments money can buy. Vaccines are also critical to the prevention and control of infectious disease outbreaks. They underpin global health security and will be a vital tool in the battle against antimicrobial resistance.

Yet, despite tremendous progress, far too many people around the world – including nearly 20 million infants each year – have insufficient access to vaccines. In some countries, progress has stalled or even reversed, and there is a real risk that complacency will undermine past achievements. ALSO SEE: Problems Of Immunization In Nigeria

In Ghana, the Expanded Programme of Immunisation (EPI) has helped reduce infant mortality. There has also been a significant fall in morbidity rates of vaccine-preventable diseases such as measles and poliomyelitis. For example, since 2003, there has been no death caused by measles, while in 2011, Ghana was certified as having attained elimination status for maternal and neonatal tetanus. Reports so far indicate some success in the areas of training and manpower development as well as the development of the cold chain system which is considered to be the most important requirement for an efficient, expanded immunization program.

However, many children, especially those who live in inner cities and dense parts of urban areas and some in hard-to-reach areas have not been reached and are exposed to vaccine-preventable diseases at an early age.

According to a study in BMC Public health, the current EPI schedule recommends Bacille Calmette-Guerin (BCG) at birth; a total of 4 doses of Oral Polio Vaccine (OPV) given at birth, 6, 10, and 14 weeks of age (OPV 0, OPV1, OPV 2 and OPV 3 respectively); 3 doses of Diphtheria, Pertussis, Tetanus, Haemophilus influenzae type B and Hepatitis B (DPT/HiB/HepB) 5-in-1 vaccine at 6, 10 and 14 weeks of age. Measles and Yellow fever vaccines are administered at 9 months of age. Ghana’s schedule differs from other countries such as Nigeria where for example the Hepatitis B vaccine is given at birth. See: National Program on Immunization (NPI) Schedule In Nigeria  AND All 10 Myths About Vaccines Debunked

Problems Of Immunization In Nigeria
July 20, 2022 Family & Community HealthPublic HealthComments Off on Immunization Schedule In Ghana