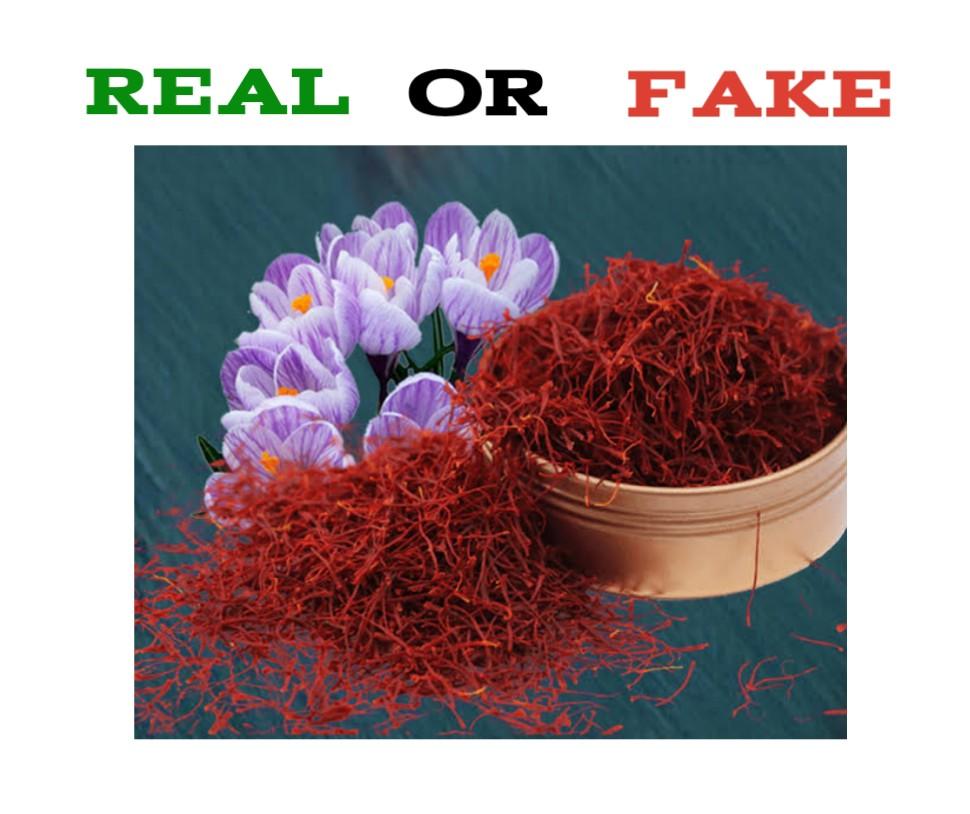 Saffron also known as kesar is a spice from the Crocus sativus flower, which is a cousin of the lily. The saffron derives from the stigma and styles called threads within the flower itself. Saffron is very expensive due to the difficulty of harvesting it. Farmers must harvest the delicate threads from each flower by hand. They then heat and cure the threads to bring out the flavor of the saffron. This extra labor makes saffron one of the most expensive spices in the world. This explains why buyers take a good time to learn how to identify good saffron.

What are the Health Benefits of Saffron?

Smell – Many authorities describe the smell of saffron as sweet. I would say it reminds me of paella – a distinctive smell that is not entirely sweet. Rather, I find it both sweet and husky. It is no surprise that saffron brings paella to mind. One saffron producer describes the aroma of real saffron as “a blend of earth, tobacco, vanilla, honey, salty sweet.”

Appearance – Saffron threads are trumpet-shaped. If a thread does not bulge at one end, it’s a fake.  If you rub real saffron between your fingers, your skin will turn yellow/orange.

Time for color release in water – Put the threads in a small container of tepid water. Wait at least 15 minutes. Real saffron slowly turns the water yellow. The color change may take up to an hour. The saffron threads themselves retain their red color. If the water changes color immediately or turns red, or does not change color, or if the threads lose their color, the substance is not saffron.

How it reacts in baking soda – I haven’t tried this, but several authorities suggest mixing saffron and baking soda in a small container, then pouring water over the mixture. If it turns yellow, the substance is real saffron.

Price – If it is not too expensive, there’s a good chance it is not real saffron. As my mother taught me, if it seems too good to be true, then it probably is (too good to be true.) I should have doubted the Hungarian substance from the beginning, just based on this price test. READ:  How To Spot A Fake Cinnamon Vs Real Cinnamon

How To Spot Fake Wagyu Beef Vs Real