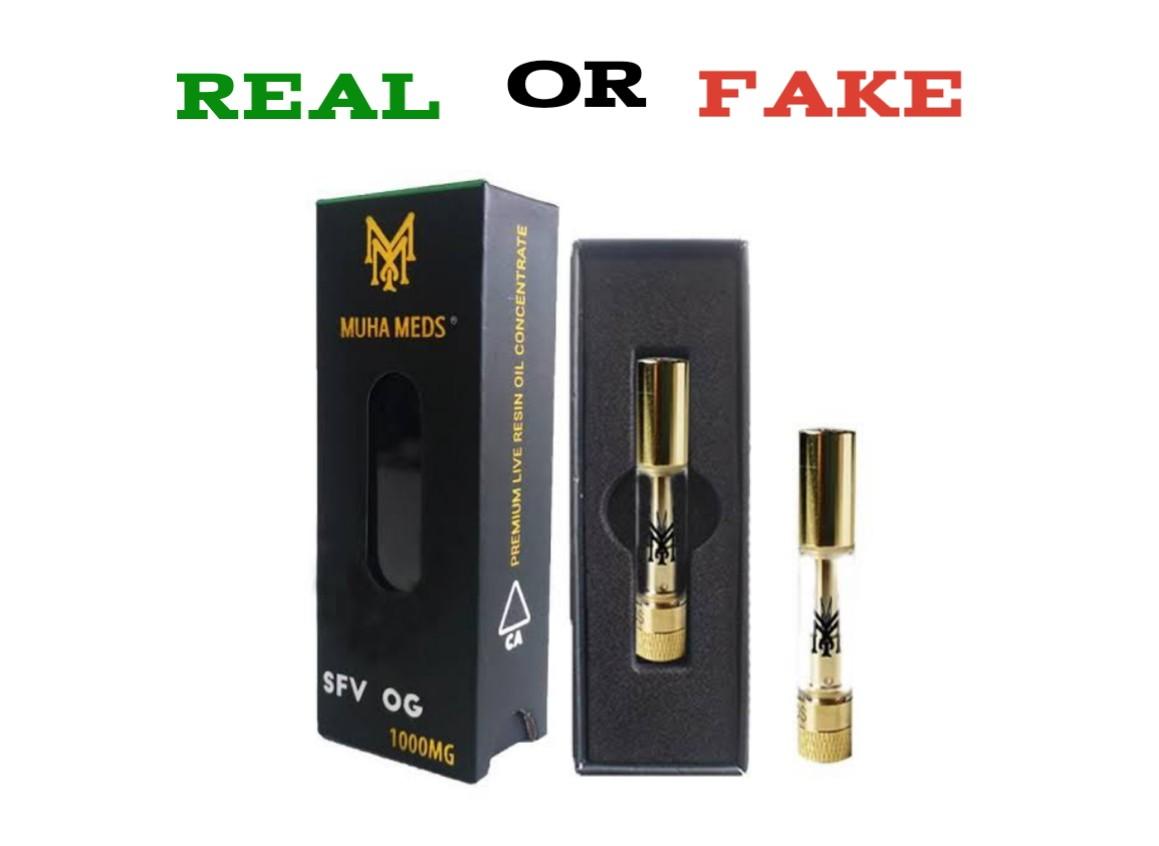 What is Muha Meds?

Muha Meds is a brand of Tetrahydrocannabinol (THC) vape cartridge, they were originally an unregulated street brand that has taken over the internet in recent times, the producers claim their products do not contain any pesticides, additives, PG/VG, or vitamin E acetate.

THC is one of at least 113 cannabinoids identified in cannabis, it is also the principal psychoactive constituent of cannabis. The makers of Muha Meds claim their vape cartridge contains premium THC oil made with cannabis derived terpenes to offer a balanced aroma and taste to deliver a consistent experience every time.

Yes, Muha Meds and its line of cannabis concentrates are now licensed in Michigan and available at licensed dispensaries throughout the state. Muha Meds which got its start in the traditional California cannabis market is also officially licensed for the California adult-use marketplace.

Yes, there are fake Muha meds cartridges in circulation which are sending people to the hospital. An 18-year-old male patient showed up at NYU Winthrop Hospital in Long Island complaining about chest pain, nausea, fever, and shortness of breath. Initially, doctors thought he had pneumonia, due to his X-rays showing “haziness” in the lungs. Within 48 hours, says Melodi Pirzada, chief of pediatric pulmonology at the hospital, the patient’s condition worsened and he was sent to the ICU. There he was diagnosed with ARDS, a condition associated with acute lung injury. He was connected to a breathing tube and placed in a medically induced coma for one week. SEE: Fake Carts List 2021

What happens if you smoke a fake cartridge

A lot of things can go wrong when you smoke fake Muha Meds, even vaping a real one can have several health effects .  Marijuana can be used in some states for medical reasons, and in some areas, recreational use is legal as well. No matter how you use marijuana, the drug can cause immediate and long-term effects, such as changes in perception and increased heart rate. Over time, smoking marijuana may cause chronic cough and other health issues. The effects of marijuana on the body are often immediate. Longer-term effects may depend on how you take it, how much you use, and how often you use it. The exact effects are hard to determine because marijuana has been illegal in the U.S., making studies difficult and expensive to conduct.

Genuine Muha Meds contains cannabis and CBD concentrates with California origins. Knowing what is in a Muha meds cart can sometimes be the difference between life and death.

From cannabis industry professionals to testing lab experts, to consumer affairs and public health agencies, everyone reiterates the point that products from the legal market are likely to be safer given factors like increased accountability and the rigorous testing required by state law. You can spot a fake or contaminated Muha meds vape cartridge with the following steps;

Step 1: Locate the verification sticker on the back of the box

Step 2: Scratch off the unique verification code located next to the QR code.

Step 4: Enter the unique verification code in the box to confirm the authenticity of the Muha med product.

While there are no foolproof methods (even well-regulated markets sometimes have recalls), there are many ways to reduce the risk of consuming a contaminated fake product. You can further reduce harm by

Checking the Muha Meds packaging: While shopping in regulated markets is key, you can also check the product packaging to see if anything looks fishy. Labels on products in the regulated market should all display:

This information is provided by Public health Nigeria for informational and Harm Reduction purposes. We do not promote smoking or other activities that are harmful to health.  Harm reduction (THR) is a public health strategy to lower the health risks to individuals and the wider society associated with using tobacco products. It is an example of the concept of harm reduction, a strategy for dealing with the use of drugs. Tobacco smoking is widely acknowledged as a leading cause of illness and death, and reducing smoking is vital to public health. SEE: How To Spot Fake Smart Cart Vs Real