How To Spot Fake Postinor 2 Pill 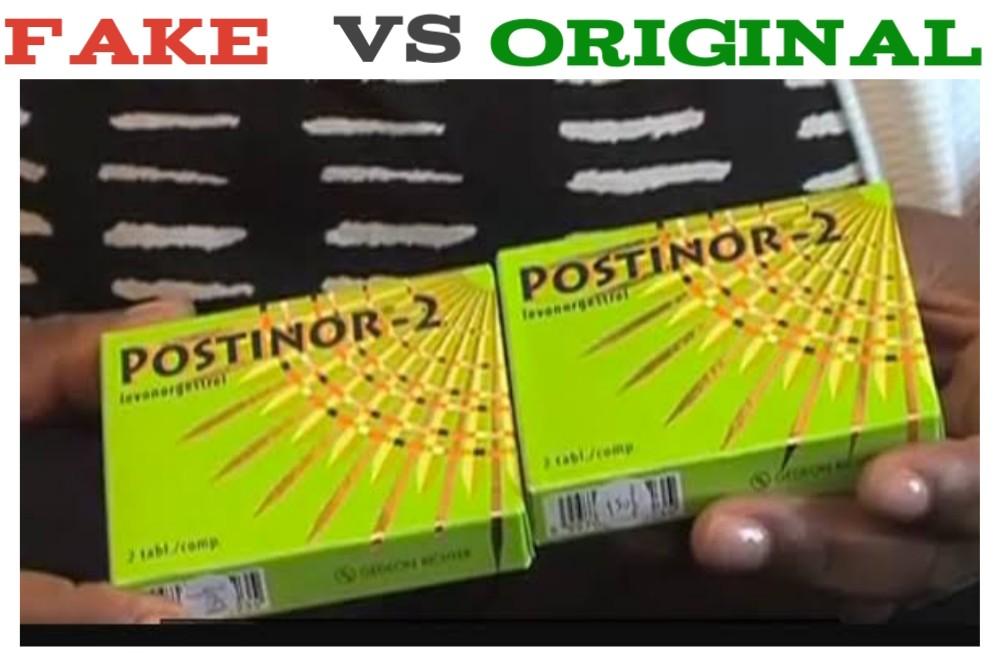 According to the World Health Organization, sham drugs are the world’s most lucrative counterfeit goods, with a global market worth roughly $200bn, and Africa accounts for around 42% of the world’s cases. Fake medicines include falsified, unlicensed, falsely packaged, stolen, and substandard medical products. Falsified medicines might contain ingredients, including active ingredients, which are of bad quality or in the wrong dose -either too high or too low.

How To Spot Fake  Postinor 2

In Africa, 24.2% of women of reproductive age have an unmet need for modern contraception, as per the WHO estimates. Hence, the rising demand for contraceptives to avoid unintended pregnancies, along with rising government initiatives, is expected to drive the market in the forecast period. However, fraudsters and counterfeiters have taken advantage of these to flood the market with fake products and placebos containing no active ingredients. The recent high number of unwanted pregnancies by women who claim to have used emergency pills has been linked to the large quantity of substandard Postinor-2 currently being sold illegally in drug shops, clinics, and pharmacies. Here is how to spot a fake Postinor 2 pill:

Original: Secondary pack has 9 Golden ridges emanating from the top right corner of the box, which can be felt with a touch.

Fake: Some versions of counterfeit have ridges that can be felt, while the ridges of some cannot be felt by touch

The batch number embossed on the blister pack excludes the last letter; eg T62788B-secondary pack and the T62788-blister pack.

Note that B’ has been excluded from the primary pack

The space in the circular ring on the blister pack is clear without any powder deposits.

Fake: The circular ring on the blister pack appears misty, possibly due to deposits of powder during packaging

Original: The information leaflet is made out of soft paper material

Do not take Postinor-2 after the expiry date printed on the pack or if the packaging is torn or shows signs of tampering. SEE: How Long Does “Postinor 2” Last In Your Body?

No country is unaffected by fake medicines. What was once considered a danger limited to low- and middle-income countries has become a global issue. The rise of the internet and access to manufacturing equipment has made it easier than ever for illegal distribution to happen on a large scale.

The risk from fake medicines continues to be higher in low- and middle-income countries where the World Health Organization (WHO) estimates that one in ten medical products are fake or sub-standard. People living in countries with weak, non-existent, or inaccessible health systems or in areas of conflict or unrest, where medicines may not be readily available, are more likely to turn to alternative suppliers who may put their health at risk.

Each year, an estimated 250,000 children around the world die as a result of fake malaria and pneumonia drugs alone. Low-quality or counterfeit vaccines, antibiotics, and medical equipment contribute to further deaths.

Fake drugs can kill or harm you even if you don’t make them yourself. The fake antibiotic drugs on the counterfeit market often contain the wrong antibiotic or low doses of the right one. This won’t cure an infection and contributes to antibiotic resistance – a growing and deadly threat around the world. SEE: Difference Between Postpill vs Postinor 2

Can I Take Postinor 2 Twice In A Week?